Adoption and the Media Cloud 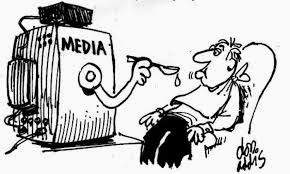 Several times over the past year I have either watched something on the television or read an article in the media that has queried the agenda of Social Services related to adoption.  It feels rare to see Social Workers portrayed in a positive light, which is a shame because most Social Workers are in the job because they want to help people.  I have worked with Social Workers both in my professional capacity when working as a Personal Adviser for the now demised Connexions Service and also as an adopter.  Some of my experiences have been frustrating because of issues around information sharing but most of my experiences have been positive.  We have had wonderful Social Workers for both of our adoptions, each bringing their own experiences and knowledge which we have benefited from greatly.

Over the past week I have watched two, very different programmes related to adoption and Social Workers.  These were a BBC Panorama programme entitled I Want My Child Back which focused on miscarriages of justice relating to child protection and Channel 4's Dispatches programme Finding Mum and Dad which reported on adoption parties and the specific journey of several children hoping to find their family forever.  Both programmes raised great emotion in me, for very different reasons.

The Panorama programme featured the stories of four Birth Parents whose babies had been removed for Child Protection reasons following multiple seemingly unexplained fractures discovered on the babies.  The babies were subsequently removed from the Birth Parents under Child Protection laws.  The programme highlighted the issue of Vitamin D deficiency and queried whether this was the cause of the fractures.  A congenital issue was discovered in one of the cases and the children were returned to their Birth Parent.  In the other cases the children remained in care and were subsequently adopted.   No further ongoing injuries were reported for these children once they were in care.  I will just state at this point that I am not going to give an opinion as to the guilt or innocence of these parents.  I have no idea and the programme certainly did not present all the facts.  I have no doubt that there was more to the cases than was presented in the programme.  It does seem clear from the programme that Vitamin D deficiency needs to be investigated with every admission into hospital of unexplained fractures in babies and young children.  It may well be that these four cases are all miscarriages of justice and my heart breaks for any parent in that situation.  The programme however alluded to 100s of cases that had come forward yet no evidence of this was provided of this.

I was concerned however by several things within the programme, firstly how the programme was presented and the fact that the stories remained incomplete.  You cannot prove a case with an incomplete story.  What concerned me further was that MP John Hemming, Chairman of the Justice for Families Group, was advising parents to flee the country to prevent their babies from being taken into care because he believes that parents cannot receive a fair hearing in the family courts.  How can Mr Hemming know, beyond any reasonable doubt, that the people he is advising are innocent?  He could potentially be encouraging abusers to avoid the law.  Is that wise?

My other concern was the photographs of children used in the programme.  Some of these were images of children who have now been adopted.  I would query the right of Panorama under data protection laws to be able to use photographs of a child without the permission of the child's legal guardians.  I do not seek to be cruel to the Birth Parents in the programme but I would ask was the permission of the Adoptive Parents sought when putting images of their children on national television?  Has this programme effected the anonymity of those children?

The "secrecy" of the courts was quoted over and over during the programme when the word "confidentiality" should have been used.  There are very good reasons why the courts have to have strict confidentiality, primarily to protect the children who are the true innocents in all of this.  I have no doubt that there are miscarriages of justice and I feel sad for each and every innocent parent whose child is removed from them but the vast majority of cases where unexplained multiple fractures are found on a small child are due to abuse.  Confidentiality is there to protect the identity of the children in these cases and yet I personally feel confidentiality was abused when Panorama showed photographs of children who are now adopted.  Where is the confidentiality for those children? 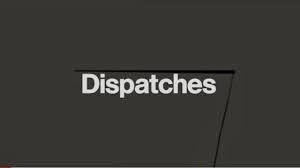 Conversely the Dispatches programme focused on the need to find homes for children who are harder to place and the use of Adoption Parties to enable Prospective Adopters to meet with children seeking families in a relaxed and fun environment.  The analogy that you wouldn't buy a sofa from DFS online without sitting on it first was used which I found slightly uncomfortable but would agree that it is a very strange scenario when you don't even see a picture of your child-to-be before you have theoretically agreed to the match. I understand that this is so you make a decision based on facts and not an emotional response to a child yet does that not then fly in the face of the theory behind adoption parties which are to elicit that response and connection between Prospective Adopter and the child? 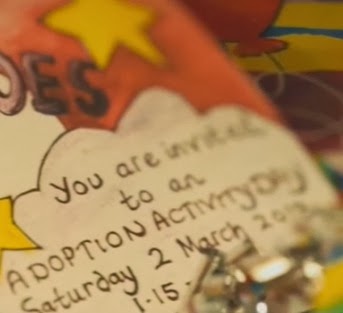 Adoption Parties are a new concept in the UK, although widely used in the USA.  I can see pros and cons of the concept and do worry about the children who attend the parties and do not find forever families as a result and remain in the care system. What is the emotional impact on those children? I wanted to hear anecdotes from people who attended these days in the USA about their experiences and outcomes and feelings.  Several children were featured in the programme.  It was heartbreaking to watch and I wanted to adopt them all, particularly the two boys, Daniel and Connor.

There was a slight judgement on Adopters presented because Adopters apparently only want younger children or a boy and a girl, not two boys.  Sadly boys are harder to place than girls which is really sad to hear.  It would never have bothered me whether we were matched with a girl or a boy.  I said to TCM after watching the programme that during our first adoption our Social Workers accepted at face value our desire to adopt a younger child.  This wasn't really ever challenged.  Our decision was mostly based on the hearsay that adopting a younger child meant you were likely to have fewer difficulties, a fact reinforced during our Adoption Preparation Course.  I now know that that is not necessarily the case.  I think I would have liked to have had more information and experience regarding the older children and sibling groups when going through the process because I think we might have been more open to these concepts that we realised we might be.  I would certainly now urge any Prospective Adopters reading this blog to query this more and be open to a sibling group or adopting an older child.  I know other Adopters who have adopted older children and their placements are working really well. 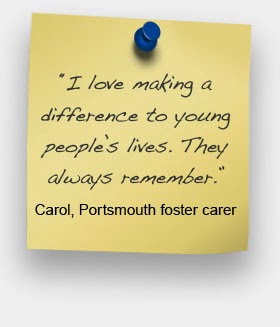 Workers within the programme.  The love, dedication and frustration of the situation of both for the children featured could not be questioned.  I also could not understand why the boys featured in the programme were not snapped up by the Prospective Adopters at the fun days and I wondered what the programme did not report about the children? Was it just their age and sex that was preclusive or was there more in their history that was the cause?  Here the programme could be found lacking in its reporting yet I recognise the need for confidentiality.  The viewer was left with a sense of outrage yet I know as an Adopter that a Permanence Report can make very uncomfortable reading and can leave more questions for the future than it answers.


Both Panorama and Dispatches reported on big issues yet both, I feel, did not report the whole story.  An ambiance to ensure a specific emotion in the viewer was created in both programmes.  A sense of outrage at both scenarios remained for me, yet a feeling of incompleteness remained in both.  Both programmes had an agenda and this is my issue with the media.  Reporting of the facts without an agenda seems to be a thing of the past.  Is it not possible to just report on a story without manipulating an emotion from the viewer.  Why not just let the viewer make up their own mind about what they have seen without using soft music reminiscent of The X-Factor VTs? Let the facts speak for themselves and provide balance in the reporting.  There lies the difficulty though, it is not always possible to report on all the facts due to confidentiality.  I'm not questioning that confidentiality because that confidentiality protects my children also but it does leave the reporting rather incomplete and the question as to the motive behind the programme. 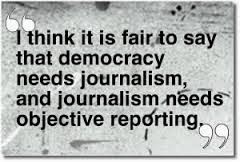 Personally I feel that reporters should tell the viewer that they are unable to report on the full facts due to confidentiality or other reasons so that the viewer understands this from the outset and accepts that there might be more to the story.

As far as adoption is concerned I am glad that the media is helping to raise awareness and enable conversation but I would urge them the remember that these are real people and this is a very sensitive topic that deserves to be treated with the utmost respect.