Imagine being on the worst holiday you've ever had. Contrary to the beautiful picture, the ingredients in the hotel food were a daily voyage of discovery with pictures of animals being the only clue as to the contents. Mosquitos swarmed with the abandon of tiny sharks, coating you in swarms and stabbing any accessible flesh requiring twice daily crop dusting via plane which created clouds of toxic chemicals that rained down upon you in the hotel grounds. Being on the beach meant being eaten alive leading to infected bites that took weeks to heal. The DJ based by the pool played "Who let the dogs out?" on a loop which begged the question "was he casting aspersions about the hotel guests"?

beautiful architecture only to be harassed and chased by a persistent Mariachi duo playing "Guantanamera" on repeat. Imagine getting sunburned on the beach whilst illegally (and stupidly) having your hair braided by the lovely local ladies and hiding from the local police for the duration of the hair braiding session. Imagine the highlights of your holiday being the origami swans made out of towels by the hotel cleaning staff and daily games of Backgammon with my husband. Drowning my sorrows with newly discovered Mojito cocktails was another notable high point. 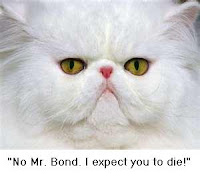 Imagine dreaming daily of going home and then being told your seat on the plane home wasn't available unless you travelled across the whole country at the last minute via taxi and a 1950's shining silver Russian prop plane with decor that resembled an early James Bond film and cursory glance for a white, furry, cat and a need to pray on take-off due to the shuddering and the noise. Imagine discovering on boarding the plane after your high speed journey that your seat had been available the whole time and your adventure unrequired.

Yet amongst the disastrous holiday which paled into insignificance a few weeks later after the Twin Towers horror was also a memory of beautiful scenery and some lovely people, both local and fellow travellers.

This post has been written in conjunction with Ocean Finance for their Holiday Heaven or Hell competition https://www.oceanfinance.co.uk/blog/holiday-heaven-or-hell-blogger-competition-0-4484-0.htm
Email Post