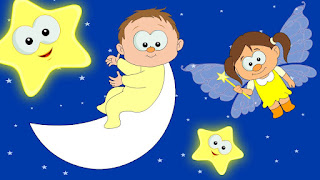 (Whenever Katie has gone through a developmental change her sleep has been effected. There used to be clearly recognisable periods when her ability to fall asleep grew markedly more impaired. These periods were generally short lived though and normal service was resumed relatively quickly.  Over the last few years however I'm noticing that the periods of disruption are growing far longer than the periods of ease of sleep.

I think it's fair to say that I have experienced every single emotion related to Katie and getting her to sleep. Sadly there is often a massive imbalance between the positive and the negative emotions. I've questioned and queried the reasons as to why she is unable to settle. Is it behavioural? Is it hormonal? Is it both? I've invested unbelievable amounts of time and effort into helping her fall asleep. We have a regular bedtime routine of bath and stories.  I've stroked her hair and murmured meditative monologues about heavy eyelids and limbs. We given incentives and rewards for staying in bed. We've tried music. We've tried Nighttime Rescue Remedy and Potters Sleep Balm. I've even tried the odd dose of Piriton. We've tried letting her read herself to sleep. We've tried using the iPad/Ipod/singing dog. She has a rustle box that just seems to keep her awake. We've gotten angry and frustrated. We've had shouting matches as Katie has refused to stay in bed. Nothing works for long. 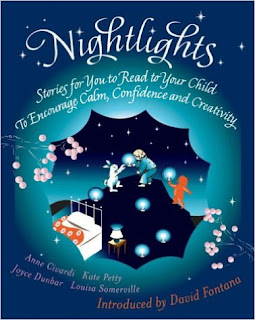 I'm thinking a lot about Katie's behaviour and what drives it just lately. I'd much rather not be thinking about it but it's a fairly prominent issue so hard to ignore. Theraplay has really highlighted just how much energy Katie invests in trying to control everything at home. The amount of energy she must use each day in this quest would make you question why she's not more exhausted at the end of the day. But there in is part of the problem. Katie doesn't like going to bed. She doesn't want to sleep. She doesn't want to be told to sleep. She wants to control when she goes to bed and she wants to have control over the evening TCM and I have. She want's to control EVERYTHING! I'm also becoming the same as I try desperately to claw back my own control of the situation.  I'm writing this blog post on my bed in the next room to her. It's nearly 9pm and despite us reading the Nightlights book and doing relaxation and me stroking her head for 20 minutes, she is still very much awake,. I will say she's more mellow than previous evenings where she was screaming and tantrumming and trying to sit in an open bedroom window (opened by her not me) so that is a step in the right direction, but she's not asleep.

So the questions remains. What are we dealing with? Is this just about control or is there more at play? I'm tackling the first part with great tenacity currently. Fed up with battling about everything with Katie we are now using a zero tolerance policy. It feels harsh. It's swift. There is no room for ambiguity or negotiation. If I ask her to do something and she argues or tantrums she is ignored or removed to her room. She is not gaining anything anymore for this behaviour. Yesterday she had no money to spend at her school fete because of her behaviour. Zero Tolerance Policy has seen some horrific meltdowns in response. Epic! Scary! Violent ones. I've had buckets thrown at me. I've dodged flying objects (mostly toys). I've been called names (she's quite fond of the word "Imbecile" just lately thanks to a school friend and watching Matilda!). I've been sworn at. But, and there is a but, the tantrums seem to be getting shorter each time now. She seems to give in a little quicker and accept the outcome a little more graciously. I've even had some apologies.

I'm thinking that although this approach is highly uncomfortable for us, it seems to be working. What's key to it though is staying eerily calm. I've rediscovered my sing song voice. I'm ignoring.....a lot. I'm very, very tough though and taking no nonsense at all. My hope is that she will start to feel safe and recognise that I'm in control, not her. I'm hoping that this will, in turn, help her relax at bedtime. I hope so.

We do have a lot working against us. Katie is leaving her current school soon and starting Junior school. We will be leaving our rented house (praise be) and moving home, just prior to starting the new school. There is much in her life that is out of her control. This will be unsettling although I'm hoping that going home will help. It might be a distraction from starting school. It might make it worse. 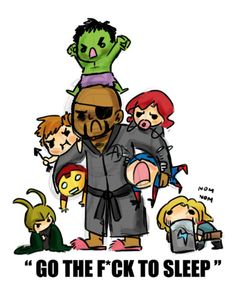 We have to find a way to deal with Katie's need to control things before she gets too much older I think, otherwise I foresee desperate teenage years ahead. I feel she really needs to understand that we are in control and I feel that the way forward isn't with soft boundaries. I suspect we've been too accommodating. Too understanding. Making too many excuses for her behaviour. Tiptoeing around the issue of her being adopted. Of course this is all part of the issue and needs to be understood but it's also clouding the problem. There remains a niggle of whether if she has FASD, that could be impacting on her ability to settle but once asleep Katie rarely wakes up again, so her ability to go to sleep seems, to me at least, that it's anxiety driven rather than chemically driven. Of course the lighter, summer nights don't help things either. It will be a watch and see scenario. We will wait to see if the Zero Tolerance Policy enables her to abdicate control to us. I suspect this will continue to be a tough process for some time to come and we will have to remain invested in it. Neither TCM or myself want to be rigid, dictatorial parents because that's not who we are as people really but we've tried the more relaxed parenting style and I'm realising it just gives Katie too much room for anxiety and manouvere.

It's relentless though. She is relentless. We didn't go out of the house yesterday morning because she refused the wear the shoes I asked her to put on. Previously I would have given her a choice but now the choices have been removed until Katie starts to comply with these simple requests.

Will this work? Who knows! I hope so. I hope we can tighten things and reign her back in again. I joke that it's like breaking in a horse. Firm but gentle. Gentle is tough though when dodging missiles because instinct can take over. I'm working hard on that one.

It's 9:24pm. It's now nearly 2 hours since I put Katie to bed. I read her the riot act about 10 minutes ago. It's gone very quiet. Might she be asleep? If so then in three days we've reigned sleep back from 11pm to 9:24pm. It's required me to sit in my bedroom, missing my time with TCM though.

On a plus side (and I almost daren't write this in case I put the wrong intention out into the universe) Pip has been sleeping in his own bed all night for the past week!  Which has been a blessed relief from this...

If you can think of a miraculous solution to our sleep problems that I've not already tried I would love to hear your suggestions.  What has worked for you?  Do we just add an annexe onto our house build and stick Katie in there so she can get on with it herself?