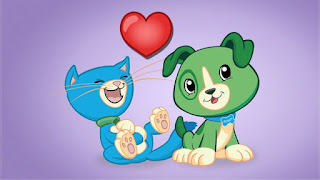 I'm writing about Pip again today, partly because he's taking up a lot of my thoughts and partly because I've decided to stay in denial about Katie's current behaviour at home (a blog post for another time).  Katie takes up a lot of my focus and I think Pip needs a little of my reflection today.

Have you ever had that realisation when you think you know and  understand someone and then it turns out that you've missed something that changes how you see them and what you think they need? Well I'd say that's where I am with Pip at the moment.

If you asked me to describe Pip I'd say he's a little whirlwind of energy and smiles and the usual Threenager tantrums and control.  Pip has always been an easy child to be around and to parent.  In many ways that is still the case.  We have concerns that he is copying Katie's less than pleasant behaviour and language.  This is a real worry.  I do feel that Pip has a greater capacity to understand consequences than Katie does however so I think with careful parents he will eventually understand that he cannot model himself on his sister.  That's a hard one though because he says to me "But Katie did that" and finds it hard to currently understand that Katie shouldn't be doing it either. Pip is generally quite gregarious.  He loves other children and has always played happily with all the children in our life.  I had no worries about him starting pre-school other than whether he might miss me.

Pip likes to be close to me.  He likes to know when I'm coming home if I'm out and will always rush up to give me lots of kisses and cuddles.  A lot of his reactions are age appropriate and it can be difficult not to shout "attachment issues" at everything adoption related.  I do think he's a soul who needs that reassurance that I'm around though although he's not particularly clingy at home and will happily seek reassurance from daddy and self amuse.  He is kind to everyone and lists all the people he loves.  He likes balance in his life and hates any discord. Because he makes friends easily I wasn't concerned about that aspect of pre-school but it turns out I was wrong.

Pip has a best friend whom he has known as long as he has been with us. We are very friendly with another family from school having met them when Katie was at pre-school with their daughter. They have a son who is 2 weeks older than Pip and the boys have seen each other daily at school and forged their own friendship since they were 7 months old. Now they are older his friend comes to play at our house and we go to play-dates at their house.  They both adore each other and are "best friends".  In case we forget this point they remind us daily of their bromance.  It's lovely to see the depth of feeling between them. 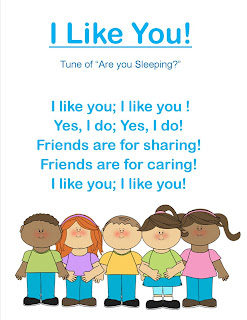 Both boys go to the same pre-school but currently his friend goes on four morning where Pip only goes on three.  This has given his friend the chance to play with other children on the day Pip isn't there. On the days they are there together they are (mostly) joined at the hip however sometimes his friend will play with other children.  It's natural. They may have something different they want to do.  Pip likes to find bugs and insects in the garden and will happily do this alone.  Pip however doesn't like his friend playing with anyone else and feels very unhappy if this happens.  This is impacting on him to the point of him not wanting to go to pre-school and has really taken me by surprise because Pip is so sunny and friendly and I just assumed he would play with a variety of the other children.  The depth of his attachment to his friend has shown me that he may grow up to be a man who makes one or two very close friends and holds them close.  Obviously I don't want him feeling sad a pre-school though so we spent some time talking together about how much he loves his friend but how sometimes they can play with other children to do different things. We talked about how many friends my social butterfly daughter has and how she can play with different people if there is an argument or if they just fancy playing a different game.  I asked Pip to think of the children in his class that he likes and who he might like to play with.  Armed with a little list we talked to his teacher about encouraging him to play with other children as well as his special friend and she is helping as well.  We've had some success with this but we have to reinforce this before each pre-school session to help him open up his mind to possibilities.  I follow this up with a chat with him after school to find out who he's played with and how he was feeling to help him hold onto positive feelings about the other children.

None of this is helped by the fact that Pip is growing at a rate of knots and is very tired a lot of the time. He's mostly dropped his daytime naps now and can't get to sleep if he snoozes during the day. This is a tough year as all parents know.  It generally takes a pre-schooler about a year to get used to dropping their naps and it is challenging when they become tired and emotional.  I'm trying to give Pip the odd long car drive to have a nap at least once a week to give him a boost but he's tired and grumpy. He's either running at 100mph or he's flat out on the floor having a 30 second rest. He's arguing about everything and doesn't really know what he wants from one minute to the next.  This impacts on his emotional responses to the issue of his friend playing with other children.  He tells me he is sad every time we walk up our hill to pre-school and it breaks my heart.  I know we have to keep plugging away at it and introduce other playmates to help him branch out a bit.  When he's away from pre-school he plays happily with any other child who is in the vicinity and particularly loves the older boys in the school playground so this is definitely linked to pre-school and probably the fact that I'm not there to help him when he's feeling sad.  Possibly one way forward might be for me to stay for a morning and just be there to help him.  I often stay for 15 minutes when I drop him off to make sure he's settled but he's asked a few times for me to stay.  It's so hard when I have a million things to do before collecting him each day but I do think it might be time well spent.

I'd be very interested to hear from other parents who have had this issue with their children and how they helped them overcome it and widen their circle of friends.  Do comment below with your stories and suggestions if you're able to. I would really appreciate it.