On our way again?

The rain is crying steadily down outside yet again and it seems like we've been waiting for news of the progression of our second adoption for as along as it's been raining in the UK this year.  This process feels as never ending as the awful UK weather despite claims from our government that they are reforming the adoption process and speeding things up.  It was claimed by our local authority when we commenced the adoption process that it would would take 8 months to get us to approval panel this time.  Errrr ......*whispers loudly*  "Mr Cameron we applied in September 2011 and it's now July 2012.....let me just count on my fingers for a second......one.... two.....three.... four...... that's......oooooh 10 months already and we've not even started our home study yet!"

The rain is showing no signs of easing up anytime soon but we did finally get two pieces of paper through the post from Social Services this week.

The first letter informed us that our local authority was still not in the position to offer us a Social Worker to commence our home study (the result of the cuts to public spending - no they didn't say that in the letter but I've taken redundancy from the Children's Services due to the cutbacks so I know why the delay has happened) but we could be allocated an agency Social Worker.  Our consent slip was returned with a resounding YES by return of post! I was tempted to write a little additional note on it saying.......

The second letter contained our medical assessment forms so we can now organise our health checks.  Hoooray!!  Of course this arrived just days before we are jetting off to find some sun so we'll have to wait until our return to have those assessments (gives us a bit of time to leave a bit of stress behind though and hopefully lower the BP!). I am a glass is half full kinda gal so I can see the benefits! 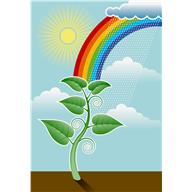 So theoretically we are up and running again.  Watch this space for more news....in the meantime we're heading away from the rain and going to find a bit of sunshine to warm our spirits; sun-tan our resolve and fill us with a renewed sense of purpose.  I'm hoping that we when get back we will be on our way again......