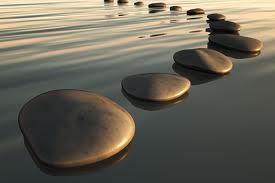 They say when your child has been diagnosed with a medical condition that nothing has changed, they are still the same person that they always were. This is, of course, true but the reality of hearing the diagnosis changes a lot for the parent and the child. It doesn't change the love you feel but, in the blink of an eye, it can change the possibilities and dreams you have for your child. It can change the hopes and plans and expectations you had for your own future. That diagnosis, even when it was suspected, can open a door to feelings of sadness and grief for what might have been and anger at what should have been and confusion about what will be. That is very much the emotional place I am in since our daughter was recently diagnosed with a branch of Foetal Alcohol Spectrum Disorder (FASD) called Alcohol Related Neurodevelopmental Disorder (ARND) and Attention Deficit Hyperactivity Disorder (ADHD). Foetal Alcohol Syndrome (FAS); FASD and ARND are caused by exposure to alcohol in the womb and are completely preventable disorders.

After many years of infertility and recurrent miscarriages my husband and I decided we would build our family through adoption. We adopted Katie in 2010 when she was 2 years old. It was love at first sight and she captured our hearts immediately. She was, and still is, a bright and chatty, fantastic little whirlwind. Before we met Katie we read reports about her health and development and spoke to Social Workers and the Medical Adviser about her start in life. We knew she was exposed to alcohol when in the womb (although reports varied as to how much) and that she was born with a small head circumference which we were given no cause to be concerned about other than being told that any difficulties might not present until she was at school where she might need a bit of additional support. Nothing that would be of concern. Katie was meeting all her milestones and was bright and articulate. That remained the case for our first few years together but over the last few years we have gradually pieced together a different story. It has taken us a few years of unbelievable stress due to Katie's behaviour and a lot of research to reach a diagnosis.

We noticed very early on that Katie found it hard to amuse herself and was also very bouncy and busy. She is always in constant motion but toddlers and young children generally are and it wasn't until we adopted her brother, Pip, in 2013 and we noticed at even at 7 months old his ability to self amuse and be calm was far more developed than Katie's. We learned that Katie could not be left unsupervised for more than 10 minutes without immediately getting herself into mischief, doing things she had been asked not to do and taking no notice of house rules. Currently, at 8 years old, this has not changed. We discovered if Katie was quiet then there was trouble afoot. She is rarely quiet though; talking and singing loudly at 100mph; discarding toys and mess all over the house and taking things that don't belong to her. The stress is enormous because we are constantly worrying about what she is doing. I can't even have a shower without worrying what she is up to.

After initially sleeping 12 hours a night sleep became an major issue when in our first year together Katie struggled to adjust to the clocks going back, resulting in a winter of 5am wake ups. Going to bed then became a challenge once Katie came out of her cot. We spent hours putting her back to bed, trying every parenting method we could to keep her in her bed long enough to sleep. I eventually spent about 2 hours each evening sitting on the floor outside her bedroom door to ensure she stayed in bed. It was exhausting! We felt angry; frustrated and unsure how to manage the situation and initially putting it down to defiance but eventually realising she was anxious about sleep because she was unable to switch off. Our evenings as a couple were ruined and we often didn't eat until 9pm or 10pm when she finally went to sleep. We rarely went out as a couple because a babysitter could not be expected to deal with the bedtime challenge.

Defiance is probably our toughest challenge. What started as a cute little 2 year old saying "no" and having normal toddler tantrums became the angry and often violent tantrums and meltdowns of a 6 and 7 year old. We noticed, as she grew older, that when she has a tantrum she was hard to communicate with but there is a glint in her eyes that looks like she is deliberately behaving badly, and enjoying it! Screaming and shouting, swearing and slamming doors is an hourly occurrence in our house but interestingly Katie rarely displays this behaviour to anyone outside of the home so we find that people do not really believe us, my own family included. They see a beautiful and polite and seemingly compliant little girl. In a way I'm glad of this because it means she can have play-dates without any cause for concern and behaves pretty well in school but frustrated because we get the fallout from the effort of that compliance and many people assume it's just bad parenting that causes the problems. It really isn't. Believe me, we have tried every parenting trick in the book. What makes it harder is Katie finds it difficult to show any remorse or empathy or pick up on social cues so finds apologising difficult because she seemingly cannot understand or feel that emotion or understand how we are feeling and what is expected. This is common for people with FASD and incredibly challenging as a parent because you can forgive your child anything if they are able to show they are sorry. You have to be very forgiving when parenting a child with FASD. I will admit I don't always find that easy especially when she is holding the cats and not listening to their pleas to be put down or when obscenities are being shouted at me.

When Katie started school she was a quick reader but struggled with maths particularly understanding the relationship numbers have to each other. She was identified as potentially dyslexic after Reception Year tests but I told her teacher I'd be more inclined to lean towards dyscalculia. In Years 1 and 2 this difficulty became more apparent. Many people struggle with maths concepts, myself included, so my concerns were initially dismissed but I explained repeatedly that Katie's understanding of numbers was different. After two years of us and school trying to teach her number bonds to 10 they finally agreed there was a problem. By the time Katie reached Year 1 I had started to query whether Katie had FASD. A chance conversation on an adoption support board triggered some research on FASD and as I read the description of ARND I realised that Katie ticked all the boxes. Katie's physical appearance is normal showing none of the facial characteristics of Foetal Alcohol Syndrome but her small head circumference; her behavioural difficulties; the problems with sleep; inability to show empathy or remorse; not learning from consequences; taking things that don't belong to her; not remembering home rules; articulate speaking but not fully comprehending replies; hyper-stimulation; restlessness; anxiety and OCD; difficulties understanding numbers are all indicative of ARND.
A wonderful Year 1 supply teacher eventually backed up my growing concerns about Katie's learning and issues with struggling to concentrate in the classroom and advocated for us in school. Katie was, and still is, however very well behaved and fairly compliant in school (although staying in her seat is a challenge) so it's taken a lot of impassioned conversations, and the support of an Educational Psychologist who I contacted through our Post Adoption Team, before school understood our description of our home life. They were great at supporting her transition plan to a new school in Year 3. The change in schools has been a revelation. The Head Teacher and other teaching staff have listened and reacted fantastically to my concerns and suggestions and Katie is making good academic progress at school and is more importantly feeling more confident with maths and all her subjects. She is excited about learning French and her reading is well above her age. She has an amazing singing voice and has joined the school choir; goes to brownies; swims and does gymnastics and has a good group of friends although her emotional immaturity impacts on her friendships at times.

Getting a diagnosis wasn't straightforward. We had already sought support from our local Post Adoption Team which has been helpful with managing Katie's very controlling behaviour but we needed to see a paediatrician for a diagnosis. I took Katie to see our GP who didn't understand anything about FASD. He refused to refer her to a paediatrician, saying we needed to access a referral through the Educational Psychologist at school, although agreed to prescribe Phenergan, which we had found helpful, to enable Katie to fall sleep. Undeterred we found a local paediatrician who was able to diagnose FASD and asked directly if they would accept the referral. When they confirmed I returned to our GP with the details and he agreed to refer Katie. We saw the paediatrician in November 2015, when Katie was 8, who confirmed our suspicions of ARND, additionally diagnosing ADHD. Katie was prescribed melatonin to help her sleep and this has revolutionised bedtime for us because generally Katie falls asleep within 45 minutes of taking her tablet. Katie is delighted that she can now sleep like other children and we are hopeful of an evening out in the very near future and having some time together as a couple. For us the next steps will either be a psychological profile from a Clinical Psychologist locally or a referral to the FASD clinic in Surrey headed up by Dr Mukherjee if local support is unavailable. He is the country's leading expert on FASD. We want to understand exactly what parts of Katie's brain have been damaged by the alcohol exposure so we can help develop her many strengths and support her challenges more effectively and understand her prognosis.

We haven't yet told Katie about her diagnoses. She struggles a lot with the emotional impact of being adopted and feeling different and we don't feel she is ready to be exposed to things we don't yet understand but we are drip feeding little pieces about how her brain works so that she can understand her emotional responses and learn coping techniques as she grows up. We don't want her to feel limited by any diagnosis or use it as an excuse for not reaching her potential but equally feel it is a part of who she is and we would want her to understand her whole story in time.

Some website that I found useful for piecing together Katie's diagnosis are:


The book I've found most helpful to date is Foetal Alcohol Spectrum Disorder: Parenting a Child with a Hidden Disability by Julia Brown and Dr Mary Mather 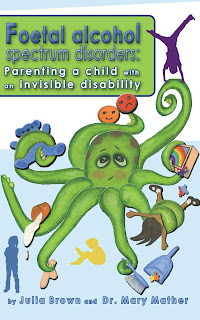 There are also a growing number of support boards on Facebook where you can talk to other parents of children with FASD and also adults who have the disorder. Just type FASD into Facebook and you will find them.