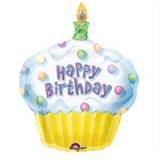 This post is as late as the "Thank You" cards that are still waiting to go out (in fact I should probably be doing those instead of writing this but I won't tell if you won't tell!). I wanted to mark a happy occasion though because I've been a bit stressed and grumpy in other posts lately.

So the big news is that Katie turned 5 just over a month ago.

I can't quite get my head around how quickly the time has passed by and how grown up my little lady is becoming. She's wearing aged 6-7 clothes most of the time (except in skirts where she can still wear an aged 3 because her waist is so tiny); her beautiful blond hair now hangs half way down her back (not far off being Rapunzelesque), she has beautiful blue eyes and size 12 feet (flipper feet!). She is cheeky and gorgeous and incredibly pretty. Issues from other blog posts aside she is pretty damn cute and amazing. She is now reading her Biff and Chip books with a bit of prompting from me and is writing endlessly.  She is every inch a girl.  A pink one at that! She really doesn't get that from me - it's a rare occurrence to see me in a skirt!


But where has the time gone?


It won't be long until she has been with us three years!!!!
Talk about blink and you'd miss it! It's a bit scary if I'm being honest.


She was so excited about her birthday and most importantly about her party. She'd wanted a party at our local soft play area. She's been talking about having her party there for the whole of the year. This was actually a good idea as she had lots of boys to invite and we didn't think they'd appreciate a princess party! It's also a great venue and the parties are really quite good there.  We had booked a little added surprise for Katie for food time as well. "Hello Kitty" was coming to give her the birthday cake and play for a while.

There was a limit of 23 children for the party.  This number proved to be very difficult as there were so many children, both from pre-school and from big school, that Katie wanted to invite.  We'd been working on inviting 30.  We had to be quite tough with our list in the end. Thankfully I didn't have to worry about doing the food but I did have party bags to make up (I decided to give all the children a Charlie and Lola book and some sweets) and the cake to sort out (Moshi Monsters - a big surprise as Katie chose that over a Princess one - there is hope for her yet!).  We decided to have the party on Katie's actual birthday so it was her first ever after-school party.  I was secretly hoping that this wasn't going to be a very bad idea and that over-tiredness wouldn't bite our butts as the day wore on.  I was organised and ready for most things.  I had a spreadsheet of all the children's names; their parents names and telephone numbers. I had all the party bags made up and labelled; spare napkins - you name it, I had it.  I even made brownies for the grown ups (gluten-free of course so I could actually have something to eat too!)

I think I can easily say that Katie had a blast at her party.  In fact all the children did I think.  My only rookie-error was not realising that, because the party was from 4pm - 6pm, the food wouldn't be served until about 5:15pm.  Children coming out of school are hungry at 3:15pm.  There were drinks available but no snacks on arrival so I quickly bought 20-odd bags of crisps and put them into bowls for the children to take the edge off their hunger (and grumpiness) before too many hungry tears ensued.

One thing I will say about this particular play area is that they do some great food at their children's parties.  There is a range of hot food and sandwiches; crisps; fruit and biscuits and there is plenty of it.  All the adults and additional children accompanying their siblings were able to dig in and eat as well.  The children were very ready for their food after an hour's running and tearing about the place. 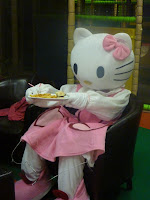 When Hello Kitty arrived during food time to say hello Katie's face was a picture.  Her jaw dropped and she beamed from ear to ear.  She could hardly contain herself. She was up and out of her seat for a cuddle faster than you could say "kitty" (which I was very relieved about after my Sister had been winding me up about the children being scared of the characters). Most of the children quickly followed and the young lady playing the part of Hello Kitty did a magnificent job.  I had a chat with her beforehand and she said she was going to be a Blue Coat next year so I told her all about my life and times as a Butlins Redcoat (many many many years ago).

I was so glad that I'd decided to book Hello Kitty.  The children were talking about it for days to come.

It was a lovely day. It started with presents at home. Katie had a new pink CD player and a variety of CDs to play on it including Party 10 and Now 82.  We have been dancing Gangnam Style endlessly ever since.  She also had a Disney Princess CD.  She keeps nicking my Glee CDs though which I'm going to have to sort her out on! ;-)

The only downside of the day was at the end of it.  Katie had received so many presents at the party that we agreed she could open 2 before bed and the rest in the morning (she had an INSET day the day after fortuitously).  Just after she had opened her two presents and we were thinking about bedtime our lovely neighbours popped over with a card and present and it was that 15 minutes that tipped Katie over the edge into "The Meltdown Zone". It was to be expected and it wasn't the end of the world but it was a tough end to the day especially as Katie just can't manage her emotions when she's over-tired.  She becomes aggressive and very antisocial! I remember last Christmas being the same so will be thinking how we manage that this year.

So now I've finally written this post, I guess I'd better get the Thank You letters written.  I'm going to sneak them into the school Christmas cards and hope no-one notices how late they are!

How on earth did my little baby girl get so grown up? 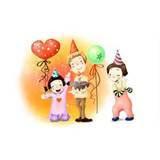