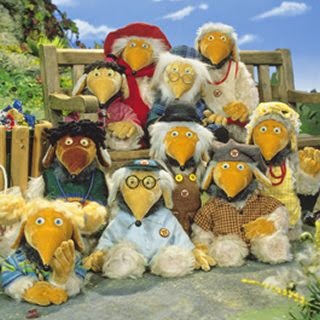 We're fast approaching two weeks since Pip came home and the time seems to have flown by.  I will admit that I was very nervous about having a baby. It's not something I've ever had in my life before and I was a teensy weensy bit worried about how much work would be involved (especially after all the time I've had to myself since Katie started school).  I found myself Googling "How to entertain a 7 month old baby" a few nights before we first met Pip.  I was very relieved to find that all my standard baby entertainment skills were up to date and I wasn't going to be a total novice.

The actual reality of having Pip move in has actually been quite underwhelming compared to the worries I had about it (other than also trying to also nurse my poor cat who had a Femoral Head and Neck Excision on the same day we brought Pip home after fracturing his hip).

Yes he produces a considerable amount of washing and mess, the organisation of which I'm sorting out (I did 4 hours of ironing to catch up last night!). Yes it's actually a bit boring having a baby in the house (it's not the most brain stimulating thing you will ever do with your day). You are pretty tied to being with them unless they are asleep although our bouncy chair has proven really handy and I'm going to get the travel cot out as well to act as a bit of a playpen,  Thankfully I haven't needed to dig out my old Butlins Redcoat and start juggling balls.  The only thing I am juggling is the housework which is less fun!  Pip loves to self entertain and will happily play on his tummy with his toys. He's almost crawling and can pull himself around his mat commando-style very professionally now.  He is now sitting up strongly.  He has achieved an enormous amount in under two weeks and did so well in his development check yesterday. He's managed to not put on any weight over the past 10 days and I think he is responding well to all the stimulation and attention. All in all Pip is a really easy baby to look after.  He's been a bit tetchy because his teeth are starting to come through but it's not been anything I've felt overwhelmed with (so far!). 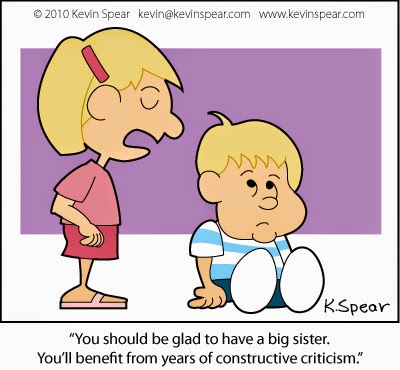 The hardest adjustment has been being a parent to two children.  Trying to ensure that both children get what
they need from me and hopefully avoiding any meltdowns has been the biggest challenge so far.  Katie is struggling the most with this because Pip has come to us from a house of 6 children, although he does get VERY cross if he's hungry and that food doesn't appear PRONTO!  Katie has decided to take the route of misbehaving to gain her attention.  It's silly because it's really not needed. She gets lots of attention. She has also tried some regression tactics but she gets bored with those quite quickly although seeing her wearing one of Pip's nappies was quite amusing.

I think Pip arriving has corresponded with Katie reaching that point of development where she's realised that there are other adults in the world (i.e. teachers and other parents) who know stuff and she doesn't need to listen to Mummy and Daddy anymore because we don't know ANYTHING!  Katie has always been one to push the boundaries and poke out her tongue so we're not experiencing anything we wouldn't have predicted but it's been a challenge nonetheless.  Katie is arguing about anything and everything and having monumental meltdowns when she doesn't get her own way.  She is very slow to learn that tantrums do not gain anything positive in our household.  From what I have heard much of her behaviour seems very typical Reception Year behaviour though.  Many of her friends are responding to their world with a massive stamp of the foot and lots of screaming and crying.  Add to that a new brother and I guess there is plenty to stamp her foot about. She has had to go through a lot with this process. It was very hard on her and I think it will all take some time to settle into a new normality. 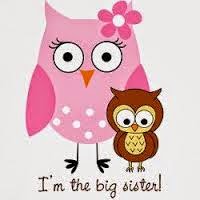 It's not all awful by any stretch of the imagination.  Katie is really lovely with Pip.  They love sharing a bath together and Pip definitely saves his special smiles and giggles for Katie.  She is brilliant at helping to cheer him up when we are getting dressed (he's not keen on getting dressed or coming out of the bath!).  She will grab his dummy (which Mummy doesn't necessarily approve of but is keeping quiet for the moment) and plop it into his mouth and talk silly talk with him until his trademark smile returns.  She has loved taking him to school and to her dancing lesson and showing him off to everyone.  He has smiles for everyone he meets so has charmed all the other mums and children in the playground.  I've been a little overwhelmed by all the attention primarily because I keep forgetting he has only been with us nearly two weeks so is still newsworthy. I'm very proud of my baby so happy to talk about his gorgeousness until the cows come home but it also feels like he's been here for ages so I forget that there are lots of people who still have to meet him.

Apart from a few teething issues we seem to all be doing pretty well.  A close friend commented that
I was very calm when she saw me yesterday.  I'm not sure whether that's because I'm too tired to be stressy or whether because everything has just slotted into place and we're adjusting quickly.  Either that or it's the honeymoon period! I'm most likely to be found stressing in the mornings when we are doing the school run and I need everything to happen quickly (and that's usually when Katie will have her first tantrum of the day).  I do find myself looking at this cheeky little baby and wondering how on earth he got here but I don't feel like the babysitter as I did when Katie joined us.  I suspect that having a second child is less of an event, in some ways, than having a first because your world is turned upside-down with the first one so that doesn't need to happen again. You just accommodate the additional needs that a second child brings with less fanfare.  I also don't feel the need to prove myself quite as much this time around. I am a relatively competent parent - I can do all the necessaries.  I find the bigger challenges lie in the actual parenting difficult behaviour rather than the caring side of things.  Those are pretty big challenges at times for me and there are many days when I kick myself for handling a situation with Katie badly but I'm learning.  Every day it's a learning thing and I'm learning not to beat myself up quite so much (I no longer have the energy to!).

The one thing I do know is that I'm really glad that the main part of the adoption process is now over. I'm not planning on voluntarily doing it again EVER!.  It was incredibly stressful and I now have a case of Psoriasis all over my back from all the stress but it also seems a long time ago now.  I'm starting to calm and my back is slowly starting to heal.  We do still have the legal side of Pip's adoption to sort out but we need to wait 10 weeks before our SWs can tick the box to say that we can apply to the courts for the legal adoption order.  For now I want to just take things quietly and enjoy getting to know Pip and helping Katie adjust.

I can hear my little bundle of gorgeousness starting to wake up from his nap (he's cooing away in his cot) so it's time to put my typing fingers away again for a while and chide myself for typing instead of doing the yoga I promised myself I would do this morning and go and give the young man his lunch.