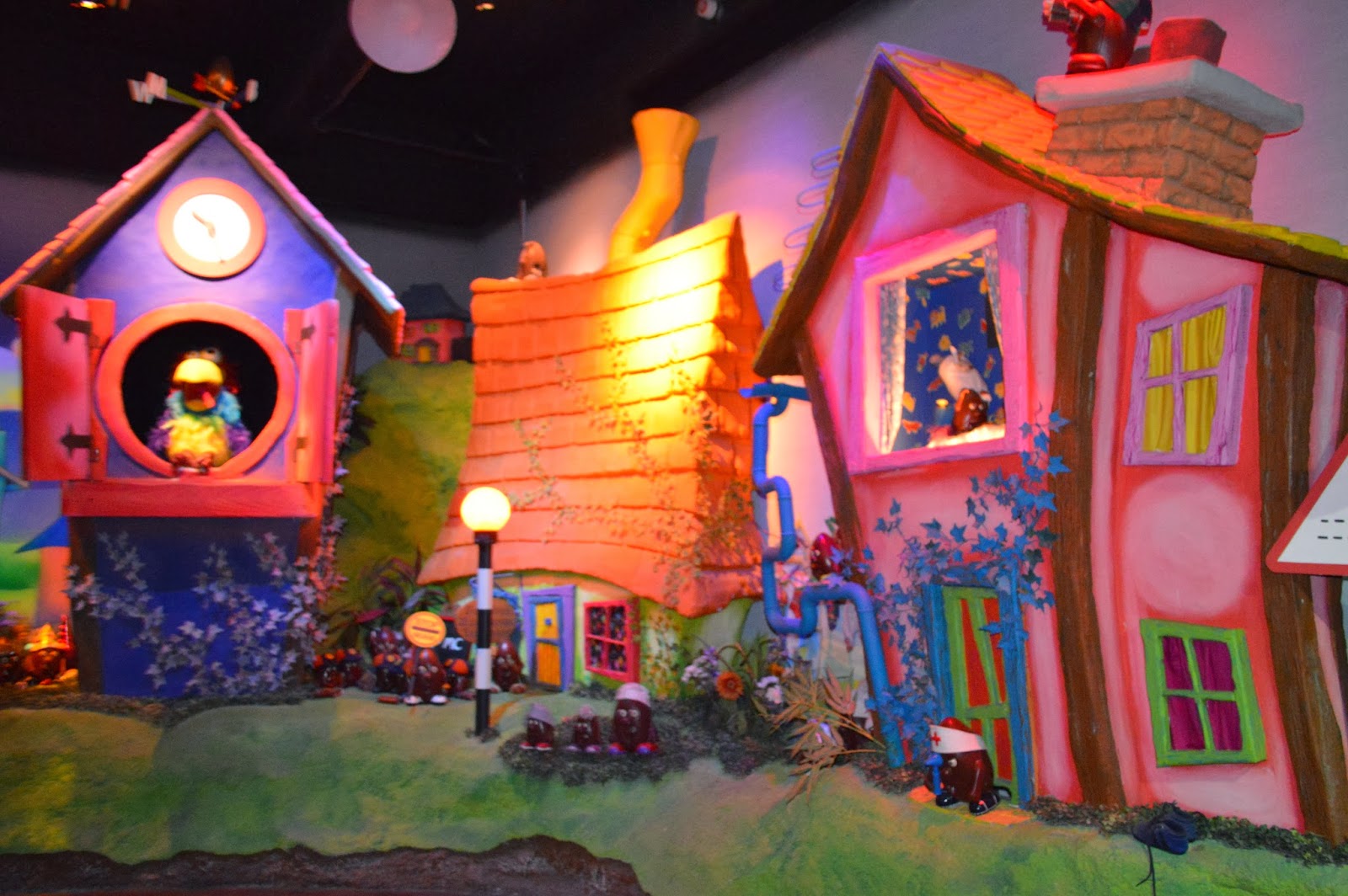 You know those days when the universe aligns itself to be as complicated and problematic and challenging as possible? Well that was the day that we were due to go to Cadbury World courtesy of Superbreak.com.

The day started early. Katie was excited so that means waking up at 5:45am. As is traditional for us we weren't quite ready to head off for our weekend away so there was a last minute panic.  Our plans were to drive to Cadbury World to meet my lovely friend Mrs VanderCave at Back of Beyond Baking in time for lunch at the Cadbury World Cafe.  I was looking forward to this because they advertise that they have gluten-free bread and soya milk.  Having my dietary needs taken care of is a rarity so I was keen to try it out.  Driving to The Midlands from our house in Hampshire was estimated to take 2.5 hours so we were all set to meet up for lunch at 1pm with a tour time of 2:50pm giving us time for lunch and time for Katie and Pip to play in the children's play park and maybe even see Santa in the newly opened Grotto.

Katie decided she was going to be as difficult and annoying as she could humanly be making packing the car and getting ready a real challenge. This culminated in her knocking a glass of strawberry milkshake all over the rug in the lounge. I am still trying to get the smell out of that rug!  All I will say is that I was stressed before we even left the house (and that is an understatement). 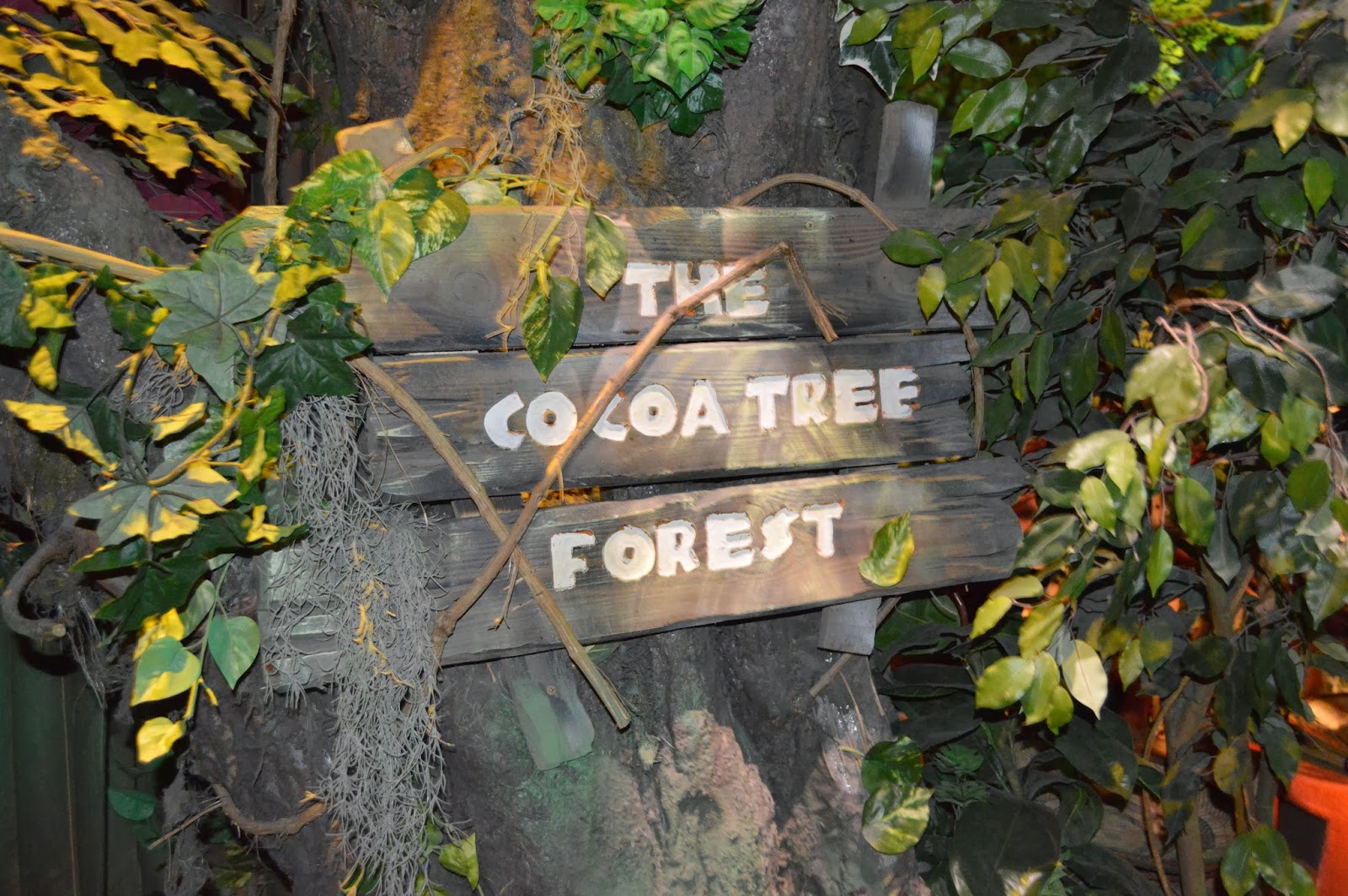 We were happily driving up the A34 when we see two signs that gave us sudden cause for concern.  A junction closure on the M40 and a sign saying the A34 was closed after the M4.  "Hmmm they can't be closing the whole road surely?" I muse to TCM. "It must just be a short diversion",

The entire A34 north of the M4 was closed.  I've never known that to happen.  We were directed on a diversion around the M4 which I think must have been around 60 miles.  By the end of that diversion we were still only at Oxford.  Note to self - check the roads are actually open before setting off on an adventure! Off-roading wasn't part of the plan!

We weren't going to make it for lunch.  Phone calls were made.  Tempers were frayed. 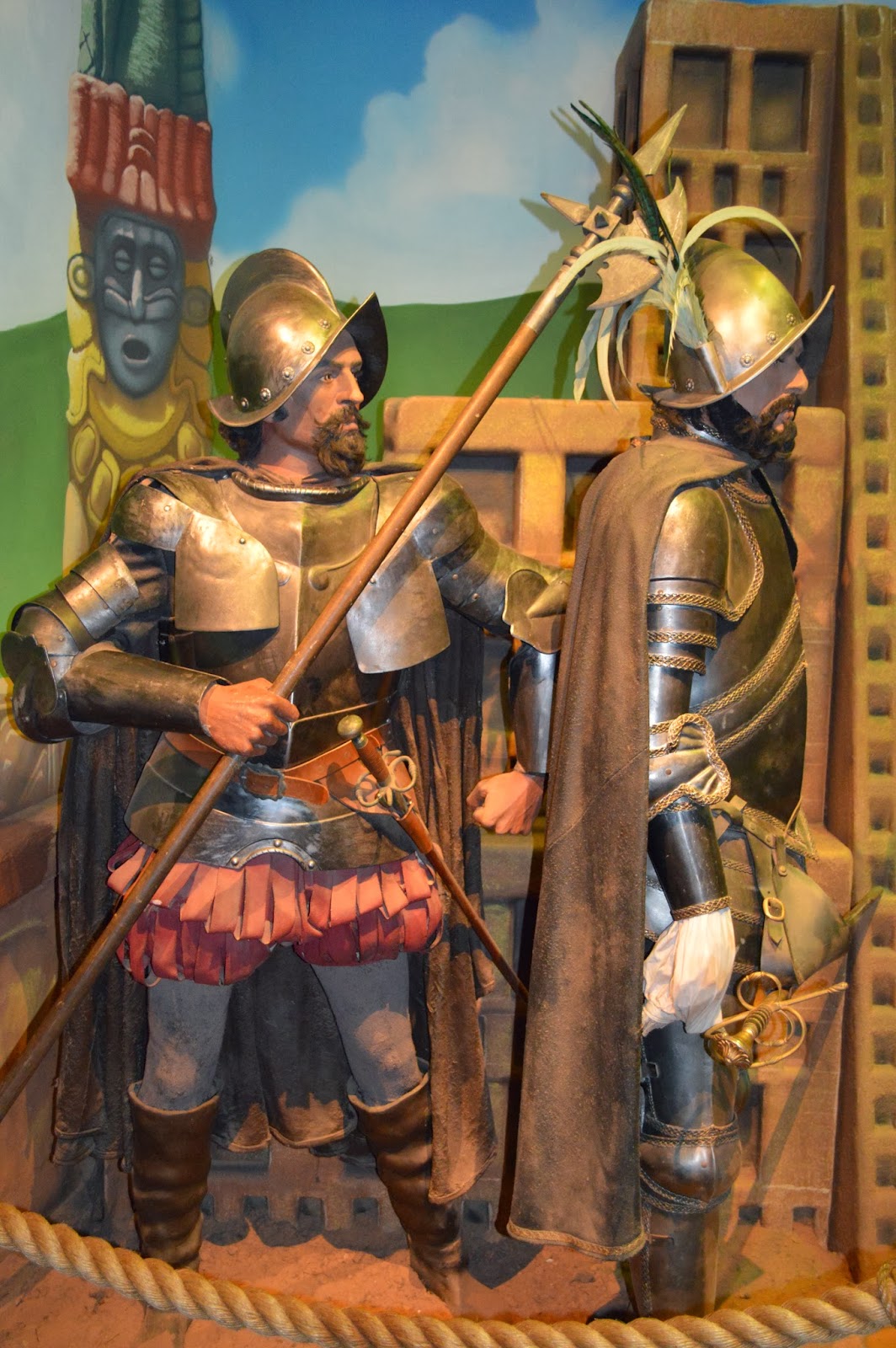 The time, and the miles, ticked by accompanied by the ubiquitous chorus of "Are we there yet?".  Katie did her best to distract me every time I was trying to concentrate on the SatNav resulting in a few wrong turns which brought tears of frustration to my eyes as I concentrated on the road. We stopped for some sanity in the form of a Costa and a comfort break and then had to stop again for lunch in the services.  An M&S salad for me it was. Sadly services rarely cater for my dietary needs.

We were getting closer to the M40 where Google kindly told us there was at least an hour and a half delay due to an RTA.  Now I don't ever complain about delays due to RTA's because a delay that has lasted all day means a serious accident and my thoughts go out to anyone involved in that accident on Saturday.  It did mean that getting to Cadbury World was starting to look unlikely though.  Being intrepid explorers (and not really knowing what else to do) we decided to push ahead, give it a go, and see if we could get there. 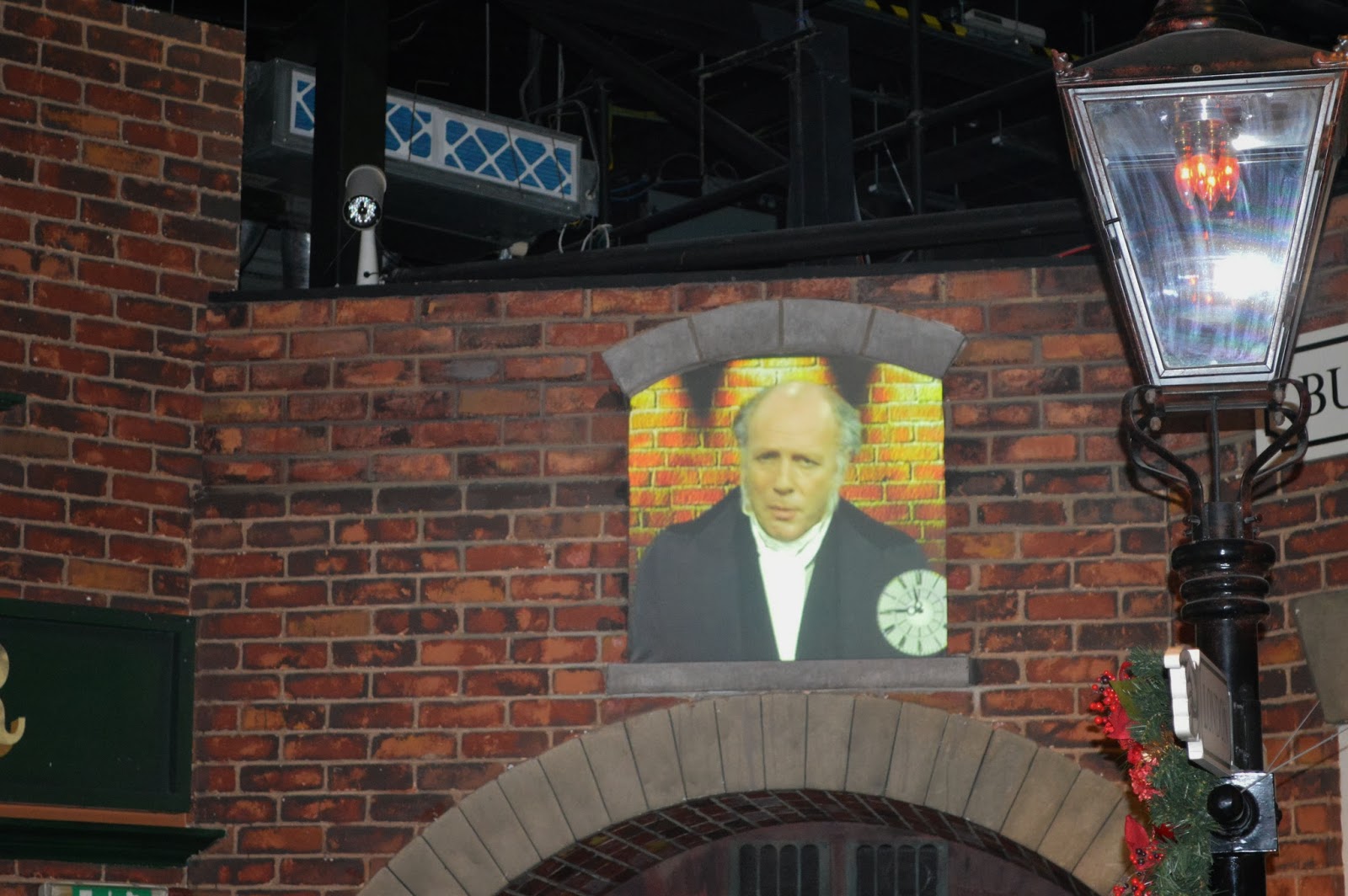 I phoned Cadbury World to see if they could move our tour slot.  This is where I am going to say some wonderful things about Cadbury World because their customer service rates amongst the best I have ever known.  They were so helpful. From phoning with my Superbreak voucher and booking the tickets - to sorting out our dilemma on the tour day - they were simply brilliant and very courteous and professional. They told us to just get to them and they would sort our tour time out.  They organised for Mrs VC and her family to go into other parts of the site whilst they were waiting for us.  They greeted us on arrival with a huge smile and swift and efficient organisation.  My experience of Cadbury World was that the original Cadbury Brothers ethos of taking care of a community of workers seems to still be very much in evidence and certainly shows in their customer service.

So I've given you a hint.  We did make it.  We made several wrong (and very stressful) turns en-route.  We did get stuck on the M40 but not for as long as predicted and the road was reopened whilst we were waiting in the traffic jam.  We made it to Cadbury World by 2:45pm.  It is very easy to find from the M42 and is fairly well signposted.

We parked in the overflow car park and whizzed to reception where Mrs VC and family were waiting for us and we were immediately sorted and ready to go on the tour, our first bars of chocolate in hand. 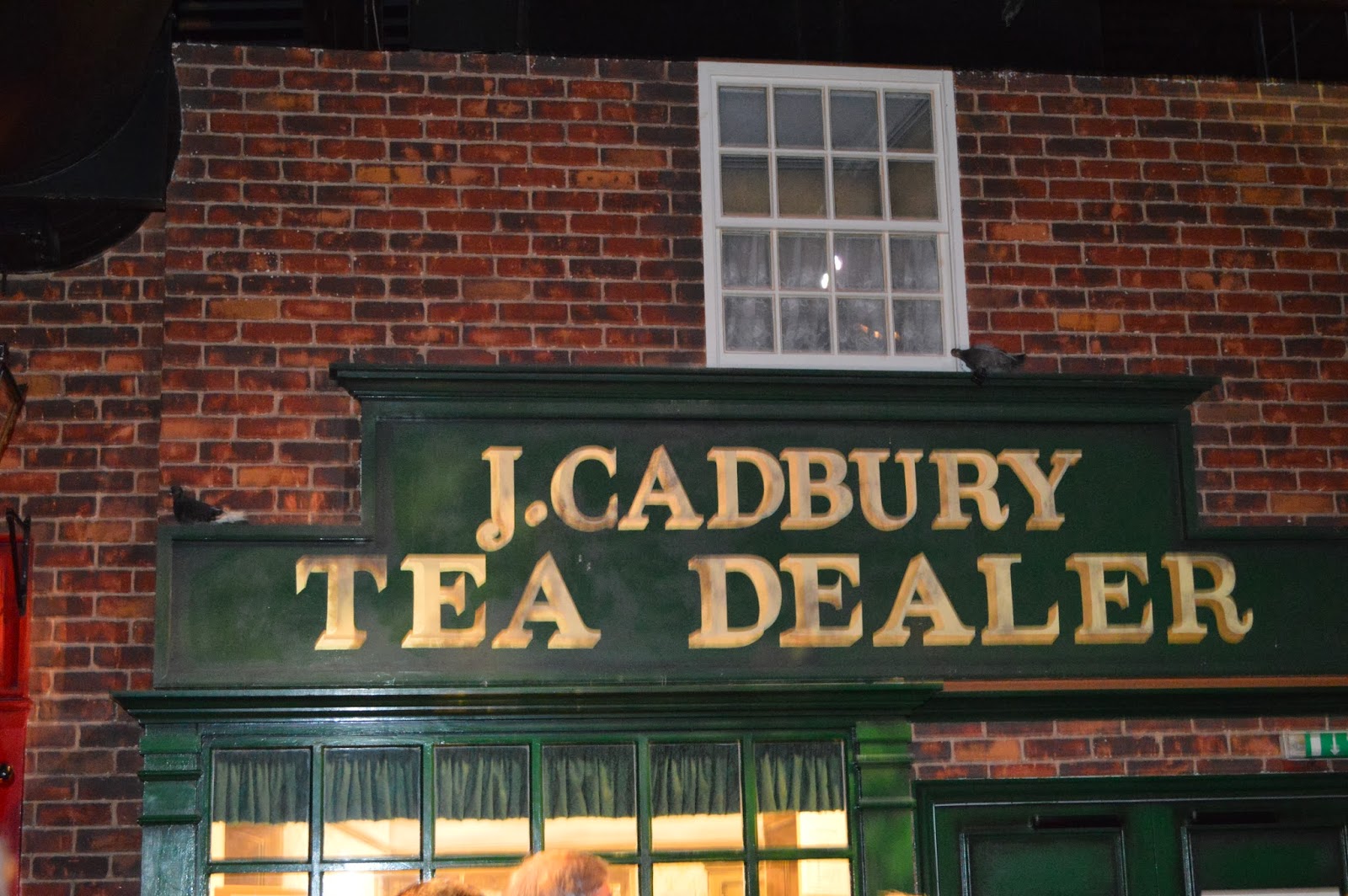 The tour is great. We all loved every minute of it.  The history of the cocoa bean and John Cadbury is wonderfully shared as you move through the different sections of the tour.  Modern technology is well utilised to bring the story of John Cadbury and the Cadbury brothers to life. You learn about their Quaker routes and vision for a community of workers who were well cared for as a work-force.

On the tour you see and hear and experience the journey of the simple cocoa bean as it slowly becomes the chocolate we all know and love.  A journey that involves three different factories in the UK.  Make sure you sit in the seats in the auditorium for this
bit. I had to stay on the sides with Pip, who was in his buggy so missed out on the fun in the seats. 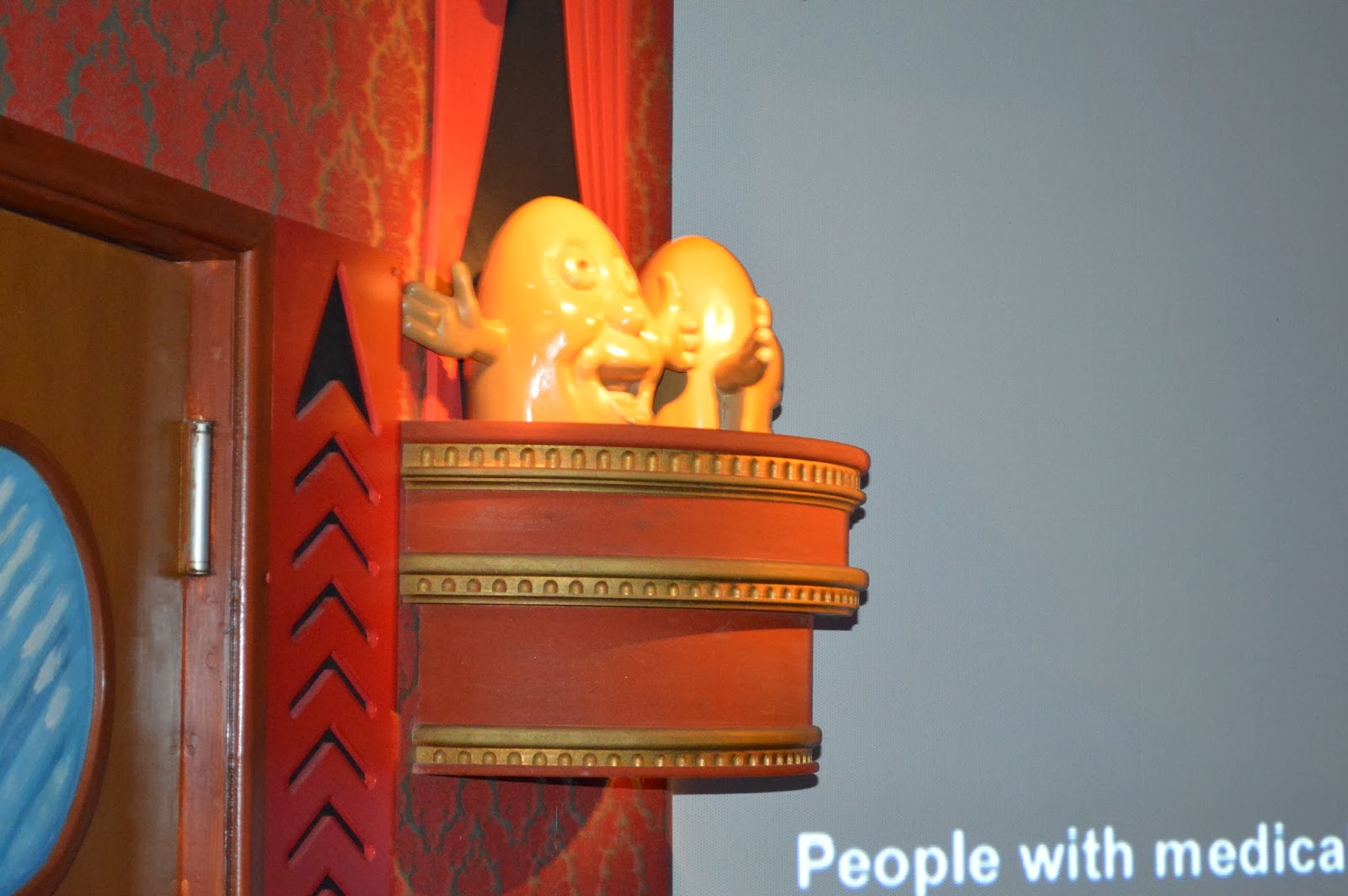 You can see the chocolate factory where the chocolate is made and packaged and we saw a live demonstration showing how the huge chocolate footballs are made.  This is all washed down with lots of chocolate.  Look out for the warm melted chocolate which is ladled into cups and mixed with your choice of buttons or sweets for you to sample in the factory.  This was a particular favourite of Pip who vociferously voiced his anger when the warm chocolate ran out.  I'm still munching on the huge bag of Mis-Shapes that I bought in the shop!  I would just say that buggy users need to be aware that there is a part of the tour where you have to park up your buggy and carry any infants.  It wasn't for long but it did mean leaving our bags etc in the buggy parking area and carrying Pip (who isn't the lightest baby in the world). 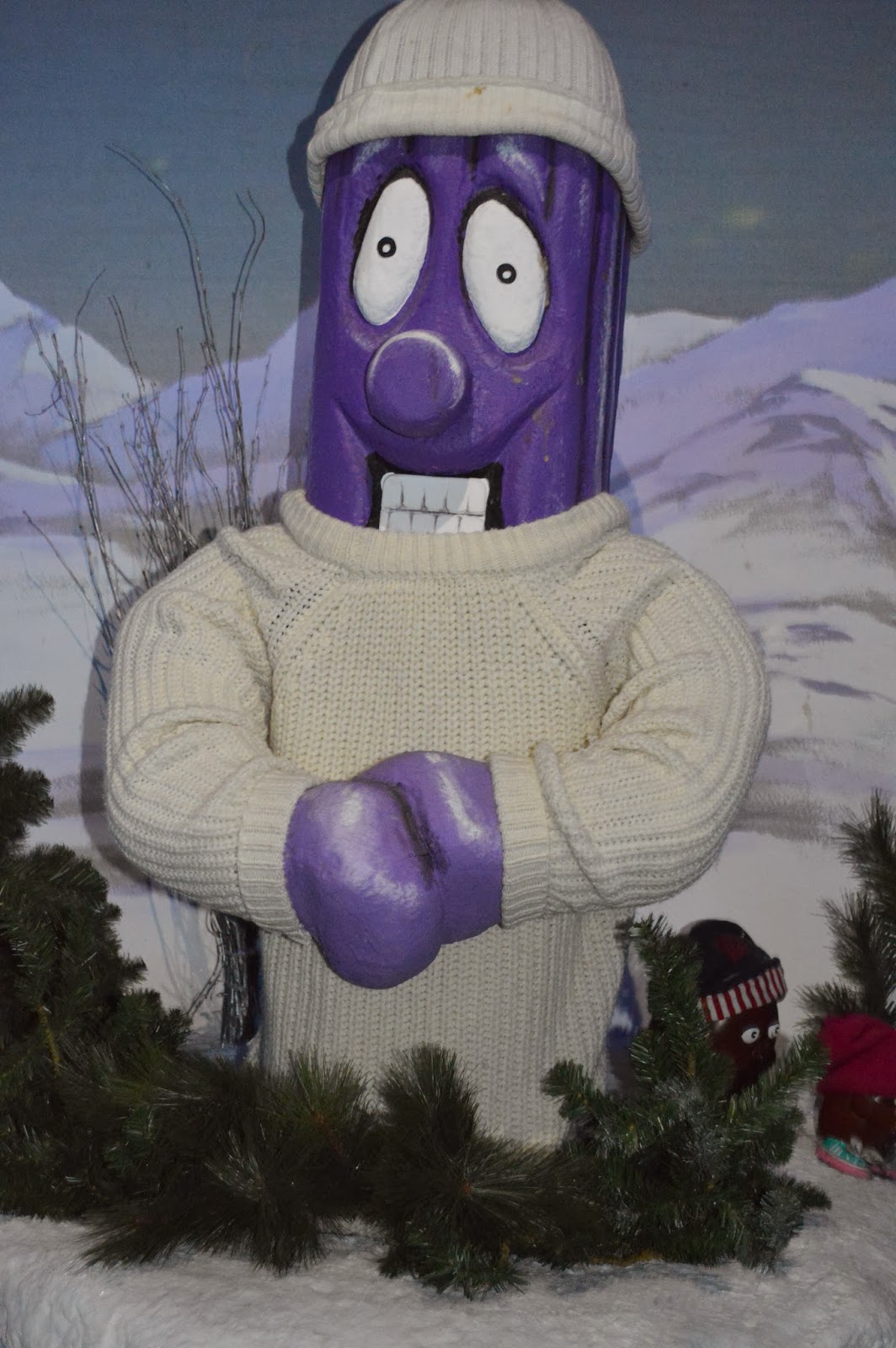 The big attraction for Katie and Pip was the Cadabra-ride, which was quite reminiscent of being in EuroDisney. You sit in a car and ride around the exhibition depicting the journey of the bean and it's journey to become chocolate.  It's great fun.  Pip beamed excitedly through the whole ride whilst Katie and I jumped about in our seats trying to see everything.  We both wished the ride was longer and both wanted to go back on again. Unfortunately our late arrival meant that we were unable to.  We did enjoy seeing the mechanical Gorilla playing the drums though (do you remember the advert?). 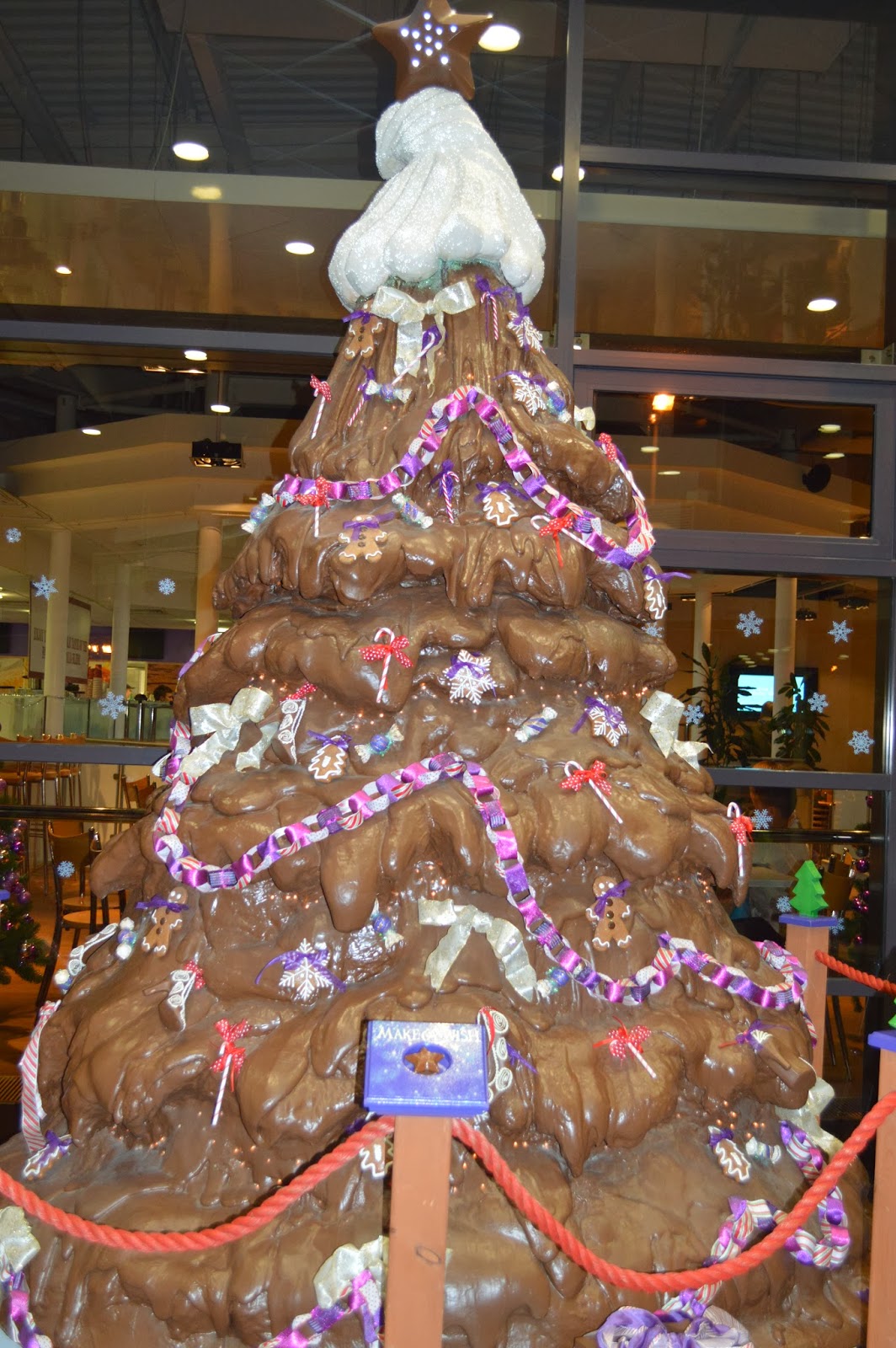 Once we had finished our tour and had an emotional (for Katie) trip through the shop it was time to pop into the cafe before it closed to get some sandwiches for the children.  We sadly didn't get time to visit Santa or his grotto. I was disappointed at this but Katie still hasn't joined Santa's fan club and didn't really want to visit anyway so she wasn't particularly bothered.   Nonetheless it was a lovely afternoon (well 3 hours) and we thoroughly enjoyed what we did see.  I would definitely go again but I will definitely be checking the roads are open before I set off next time!

We completed the rest of our weekend away in The Back of Beyond with Mrs VC and her family and I'll be sharing that story with you soon.

A big thank you to Superbreak.com for the tickets for Cadbury World. Do check out their attraction packages if you're thinking of visiting Cadbury World or any of the other attractions they offer. 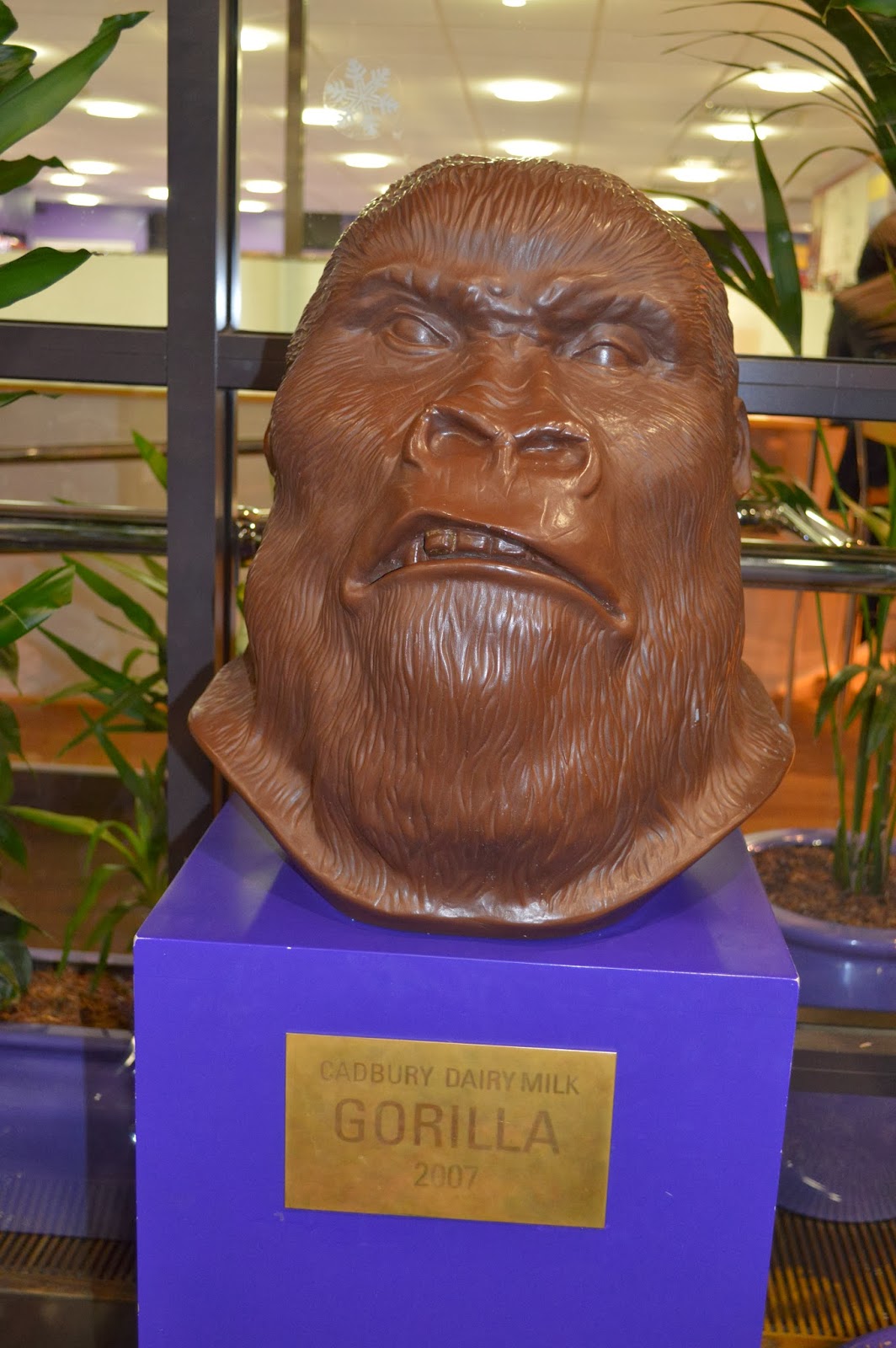