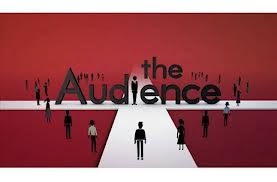 I was intrigued to read that Channel 4 were showing a programme called "The Audience". It is a documentary where 50 people aka "The Audience" answer a dilemma faced by another member of the public. They follow the person around their daily life; meet members of their family and friends; pose challenging questions and eventually reach a decision regarding the dilemma. The reason I was intrigued was because the dilemma was whether a 42 year old single lady, with a degenerative condition (Klippel-Feil syndrome, a rare degenerative disorder which restricts the movement of her neck) should adopt a child or not.

I will admit I was actually quite concerned about the programme and its subject matter. Would it be sensationalist? Would it be sensitively filmed? How would the herd of people following her around come to a "verdict"? Why would a person want to ask a random group of people whether they should adopt or not? Surely this is a decision you should be able to make yourself?


My initial questions were the obvious ones. What was this lady's medical condition? How would her medical condition impact on her ability to parent an adopted child? How strong was her support network?
I was also interested to know who would advise on the specifics related to adoption during the programme.


I actually found the programme very interesting and, mostly, sensitive if a little contrived. I found myself feeling enormously supportive of Jane Mason, the lady with the dilemma. In many ways the 50 members of the panel posed questions that an assessing Social Worker might ask. I felt that Jane must have felt very emotionally exposed, which was reminiscent of our adoption process. We only had one Social Worker to discuss all the emotive details with though, Jane was faced with 50 faces. I thought she was very brave to put herself through the process. As a person Jane has had to live her life with great strength and daily challenges due to her disability, qualities that will stand her in good stead when she is a parent. She appears to have a wonderful support network. People who care about her deeply and would help her practically and emotionally on a daily basis. That is so important for any parent but doubly so (I feel) for an adoptive parent.

The programme did leave me feeling that the panel did take their responsibility seriously and that they worked hard to overcome some initial judgements about Jane's disability and sexuality, although one panel member seemed a little too homophobic to me, adding fuel another stereotype in his wake. I felt annoyed that there was a lot of pressure in the questioning about Jane's decision to pursue adoption as a single adopter although eventually there appeared to be understanding that, at 42 years of age (the same age I was when we adopted Katie), sometimes you have to get on with achieving the things you want in life even if the circumstances aren't perfect. I was also left feeling frustrated that the panel's decision was based on their perception of raising a birth child. Not an adopted child. No advice from adoption experts appeared to be accessible or given. Whilst I felt that Jane would make an excellent adoptive parent with so many experiences and skills that would potentially help a child, I felt that she needs more information on the realities and practicalities of being an adoptive parent to make her decision properly. I hope that this support has been offered to her. It was invaluable for me during our adoption process.

I will give credit to The Audience and Channel 4, and mostly to Jane Mason. This programme was far more sensitively portrayed than I anticipated and I wish Jane the very best in her pursuit to become an adoptive parent. Next time though Channel 4 can you give the panel and the person seeking a decision some access to proper professional insight to help them ruminate their decision with all the facts?