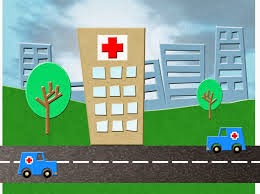 You know how life seems to wait until you make a claim that your ducks are in a row and you're feeling more organised to throw you a curveball?  Well that's exactly what has happened this week.

Saturday night I received a call from my Father-in-Law (Pops) to say that he was being taken into hospital because he was having chest pains.  The call came just as I'd finished dinner and was about to start on my second glass of Prosecco.  Thankfully I hadn't drunk it as an immediate dash to the hospital was required.  TCM was ahead of me on the wine so I was the only one able to drive so TCM stayed home to babysit. 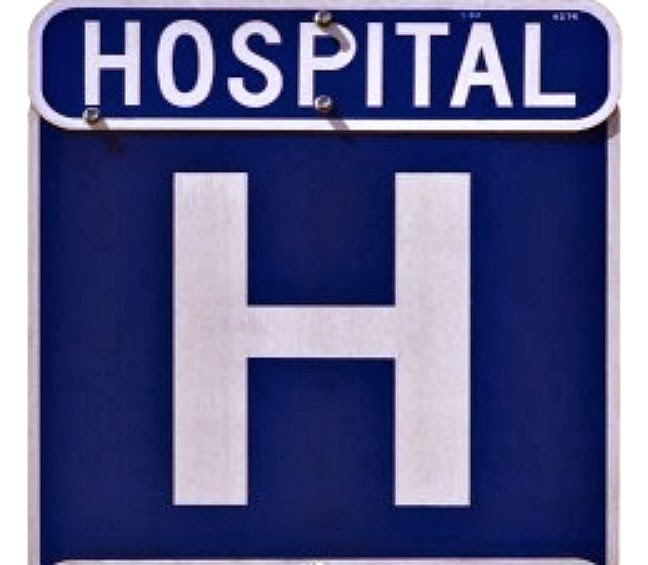 I found Pops in A&E, very poorly, with a diagnosis of heart failure as a result of fluid on his lungs.  Pops is a bit of a trooper as he underwent a double lung transplant nearly 10 years ago.  It was a mammoth operation and he has managed amazingly well ever since, especially for a man now in his 70s.  Fluid on his lungs is worrying though.  I stayed with him whilst he was stabilised and taken (with full Resuscitation kit) up to the Coronary High Dependency Ward.  I waited until he was settled in and went home at around 1am.


With Pops in hospital, there is an added complication in that he is the main carer for my Mother-in-Law (Nana) who has Alzheimer's Disease and a curvature of the spine brought about by Osteoarthritis.  She requires medication several times a day and is very confused about everything that has happened.  We live about 10 miles away from Nana and Pops so it's a 40 minute round trip, depending on the motorway traffic.  I have spent the past few days sorting out all her medications and organising for Social Services to send in a nursing team to help out with the medications and making sure she is OK. 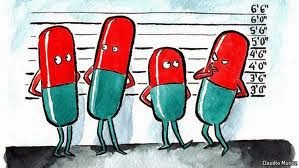 Unfortunately because Nana and Pops take their medications independently from individual packs the nursing team are unable to administer the medications so I have sorted out a scheme called NOMAD whereby the Pharmacist organises all the medications into a blister pack for each day.  The nurses are able to enable Nana to take the tablets once this is in place.  That has now been collected and the nurses will take over her medication from me today.  The past few days has seen me jumping in and out of the car visiting Nana several times a day and also organising things for Pops.  Thankfully
TCM has managed to do some working from home because I cannot take Pip to the hospital due to infection risk.  It's also difficult to take him to Nana's because there is a lot of stuff about and I can't watch him and sort other things out at the same time unless I leave him strapped into his buggy, not to mention I have to lug said buggy up and down 10 steps to get in and out of the house.  I also have a pretty bad back at the moment so it's not ideal for me. 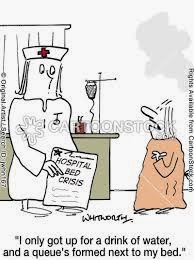 The good news is that Pops is able to get out of bed to sit in a chair, although he is still wearing his yucky hospital gown despite me taking PJs to the hospital for him. I'm hoping that once he is out of ICU we can sort this out. He currently has so many tubes attached to him that I think it would require an action plan to work out how to get his PJs on.  We're waiting for a bed in HDU so he can move back there but, hospitals are notorious for traffic jams (I'm talking the beds here don't even get me started on the parking situation!) so who knows how long he'll be stuck in ICU.


Today has seen me having a long chat with the Doctor who is part of the nursing team to look at longer term care for both Nana and Pops.  This assessment is long overdue and I've been asking Pops for months to allow me to contact Social Services to make a referral.  It's a shame it takes a crisis to enable these things to happen.

I reflected on Monday that it was supposed to have been our celebration for Pip finally being legally a part of our family.  Had the case been heard on Monday there would have been no celebration because I was running around sorting things out.  I have wondered whether there is a puppet master pulling all the strings who realised that it wasn't a good day for a celebration. Who knows but it is interesting timing.

One thing that worries me longer term is the impact my absences will have on the children. Pip has been unsettled because he's used to me being around and Katie has certainly been struggling this week.  Their world revolves around Mummy being at home and I don't want to upset the apple cart when we've finally started to gel and settle as a family.  I've stayed home today and let the nursing staff do their job and I'll visit Nana and Pops at tea time and hopefully make it home for bedtime.  Pip and I have been to soft play to spend some fun time together. 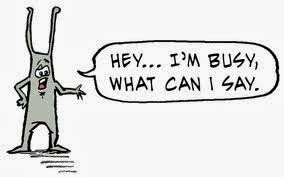 As for me, well I will admit that I'm pretty tired. It's tough jumping into someone else's life and effectively making decisions for them which are mostly not wanted.  Nana is unable to understand why she needs help because she doesn't realise she has Alzheimer's.  This makes her anxious and incredibly *picks word carefully* tetchy (to say the least).  I've born the brunt of that this week.  I can live with that because I don't take it personally but it's stressful managing someone else's behaviour.  I have enough of that to do at home with Katie and Pip and I only have so much energy.  I don't want to whinge or not help out but I also don't want to end up burnt out when I've only just got myself back on an even keel.  I'm having an internal battle regarding the word "selfish" at the moment.

I'm hoping that we will establish a routine, even if it is short-term, and life will settle around that, for a while at least, so everyone knows what will happen next.  Hopefully Pops will be well again soon and we can bring him home with an added layer of nursing care to help ease the pressure on him.