Can I regress too? 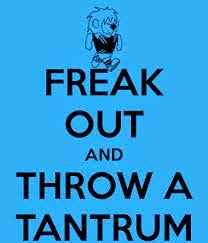 We're still in deep, deep, deep, deep, snow turmoil here in the Katie household (pardon the Frozen pun - it's all we hear in the house at the moment - it's either the Frozen film or the CD or we're discussing dresses and capes or just singing the songs).  There is a lot on all our plates at the same time and all overlapping, creating the turmoil.

Katie is still mid full regression to toddlerhood.  It would be quite funny at times if it, well, really wasn't, particularly with Pip in full toddlerhood mode as well.  Katie wasn't lying when she said her and Pip were twins!  I think I just misunderstood what she actually meant.

There is still a lot going on in all our lives that could be the cause of her regression.  Her teacher is still away at school and will be for at least a few more weeks; Katie feels Pip is getting more of my attention because he's home with me all day; we're planning a house move for about 6 months whilst our house is being extended and pretty much rebuilt; I'm suffering from some sort of chronic fatigue; it's the summer term when children traditionally lose the plot and turn into crazy monsters with the thought of moving up a year.

Whatever the cause is, I can see that Katie needs to return to being a younger version of herself.  Be that to revisit some developmental phase that she needs support it or because she is feeling insecure and wants to be babied to help her feel more secure.  I want to help her but it's clearly not going to be a quick fix and I'd like to feel I have a clear plan.  I also suspect that desire isn't going to be easy to fulfil.

Katie and I are trying to spend more time together, just us.  We had a lovely visit to the circus on Saturday although the threat of tantrum was never far away.  We've chatted about how much time Pip actually spends with me during the day i.e. very little as he still naps for quite long periods.  We've talked about how much more fun we used to have together in contrast. She seemed happier with that. TCM and I are trying to tag-team at bathtime and bedtime more and alternating between the children so both get Mummy and Daddy time.  Katie is messing around at bedtime again (how many more times will be have to sort this issue out I ask myself?) so I'm thinking AGAIN how we manage that issue.

I'm going to see the Deputy Head Teacher at her school this afternoon to see how much is spilling over into school and to also discuss how much of the regression has been caused by the fact that Katie's teacher is away on sick leave again.  Don't get me wrong, I really like her teacher.  She's a lovely lady.  It's not her fault or the school's fault that she needs time away from work.  The difficulty is the succession of temporary teachers Katie has had in the classroom.  Each has their own way of teaching and organising the class.  Each morning the children come in to a different set-up with different expectations.  It's not fair!  Katie actually said she didn't want to go to school today, which is unusual for her.  She generally really enjoys going. 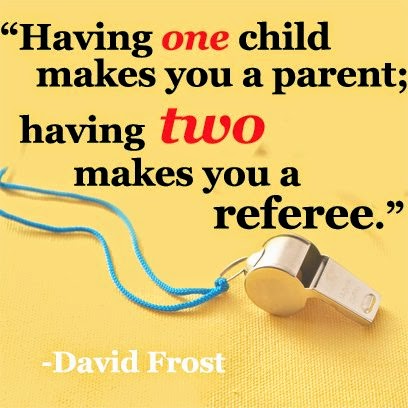 With so much going on at the same time, and very little energy on my part to deal with it all, it's hard to know where to start.  I'm trying to enable Katie to regress as much as possible but it's so difficult to be consistent. At times she wants to be a 6 year old and do the things she would normally do but then when she doesn't get her own way she'll have a full blown tantrum.  She's taken to saying "Waaaaaaaaa" with a baby face every time she doesn't get her own way.  I'm ignoring it as much as is humanly possible but, with the threat of a tantrum lurking in the background all the time, it's hard not to tense or respond non-therapeutically.  I found myself asking her to decide if she was going to be 18 months old or 6 this morning.  I don't think I was really expecting a reply and I could hear myself saying it and laughing at myself internally at the same time.  I'd just like to know which parenting techniques to use but it's hard when her emotional age is so erratic. When you're nearly late for school every day because suddenly your daughter is unable to dress herself; is messing about with her food and taking 30 mins to eat a crumpet; has to be kept close to you at all times; is talking in baby talk most of the time; it's hard not to feel stressed.  Especially when Pip is kicking off every time you try and change his nappy or put him in the buggy.  On the plus side Pip finds Katie hilarious.  I wish I could!

Ok I do at times, occasionally, every now and again......

I'm sure we'll get there and come through it and this phase will be replaced with a new and exciting phase to wrap our heads around but at the moment I just want to sit on a deserted sandy beach in the sunshine with a book and work out how to get myself feeling better and find the energy to deal with it all. 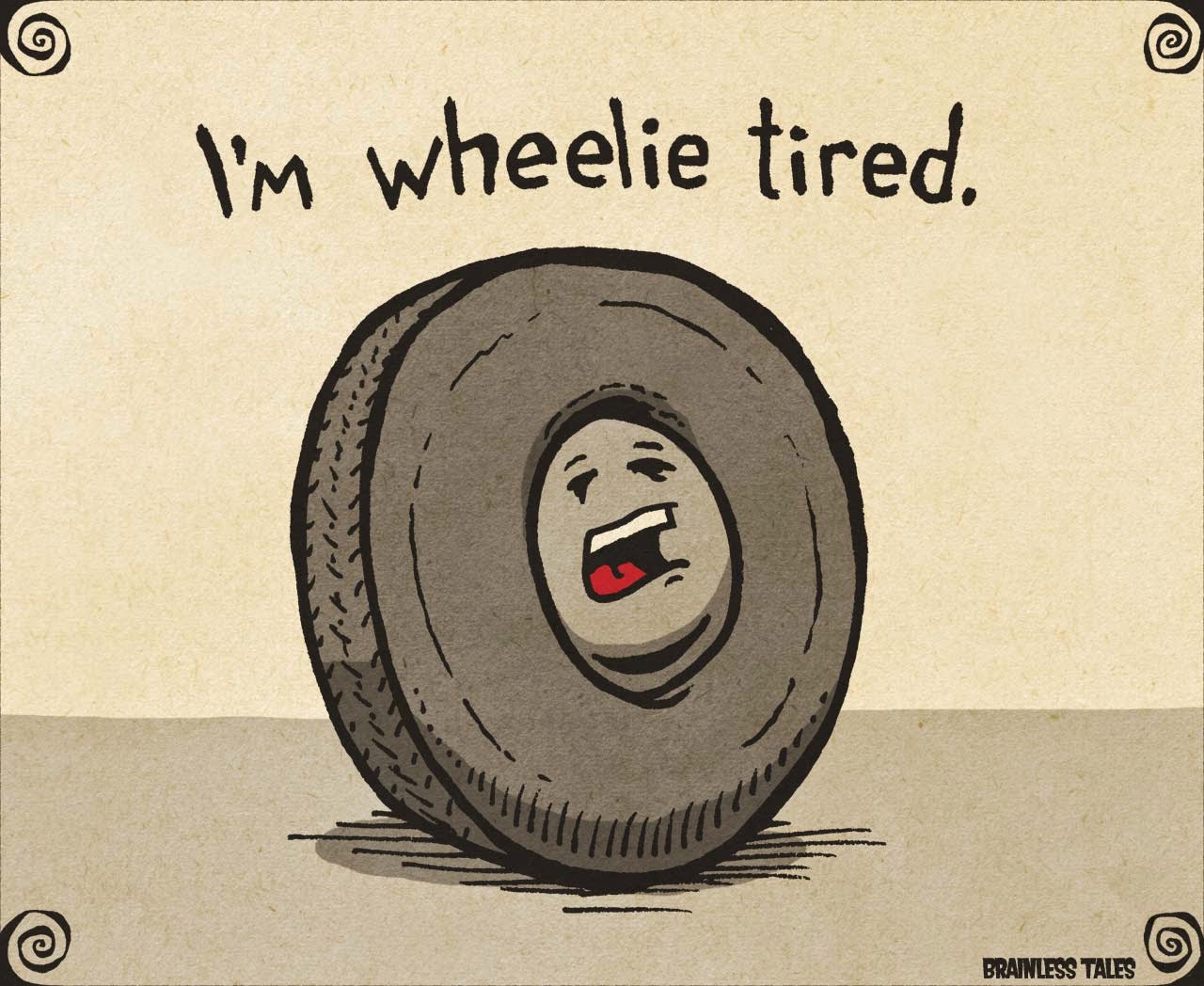 I've been to see my GP about my exhaustion.  We've done most of the blood tests that can be done and all are normal (it's a relief to see I'm not anaemic any more).  I'm having a Vitamin D test done next week.  My GP isn't one to subscribe to chronic fatigue as a diagnosis though. Chronic fatigue can be triggered by lots of different things.  I've not had an obvious viral trigger so we're looking at hormones and something called secondary trauma.  I suffer from a condition called PMDD (Pre-Menstrual Dysphoric Disorder) which is hormone driven so the hormone trigger is a real possibility.  I've just started Prostrap injections to induce a chemical menopause to try and balance my hormones.  I've also had considerable stress with Pip's adoption and also with family issues of varying kinds. I'm someone who takes the weight of the world on my shoulders and has a tendency to over-think.  I came to adoption from a working history of supporting teenagers with multiple issues plus my own difficult childhood; ongoing family stresses and 15 years of infertility and miscarriages.  My GP thinks that all this combined has led to me being totally emotionally and psychologically overloaded which has led to the fatigue.  The stress of Pip's adoption has clearly triggered a lot of issues in our family.  I will admit that having a baby has meant that I've had to open a door inside me that I closed a very long time ago when I accepted that I would never have a birth child.  It's also raised issues for me about the time we missed with Katie and I've had to mourn that.

It's a good theory (although I think I'd prefer my Vitamin D levels to be low in all honesty -so much easier to address) and she's going to help me try and sort it all out.  For the time being I'm trying to learn how to pace myself energetically and thinking twice before getting too excited when I get a burst of energy.  As a result the house is a mess and I'm not even sure how we'll sort this house move and build out but I am a tough cookie and will sort it all out. I won't be beaten but I am choosing my battles more carefully these days and trying *cough* to expect less of myself (my friends reading this will be falling about laughing at this point I'm sure). I'm very lucky to have some wonderful friends who support me and allow me to off-load and who remind me that I probably try and do too much on a daily basis.  I thank each and every one of them - you know who you are.

It might be nice though if I could regress as well and let someone take care of me........ thing is, as my friends know, I'd probably never be able to let that happen.  At this point I'm just wondering who has the most control issues, me or Katie? 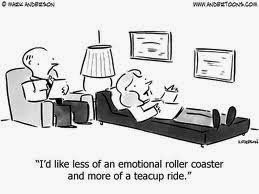