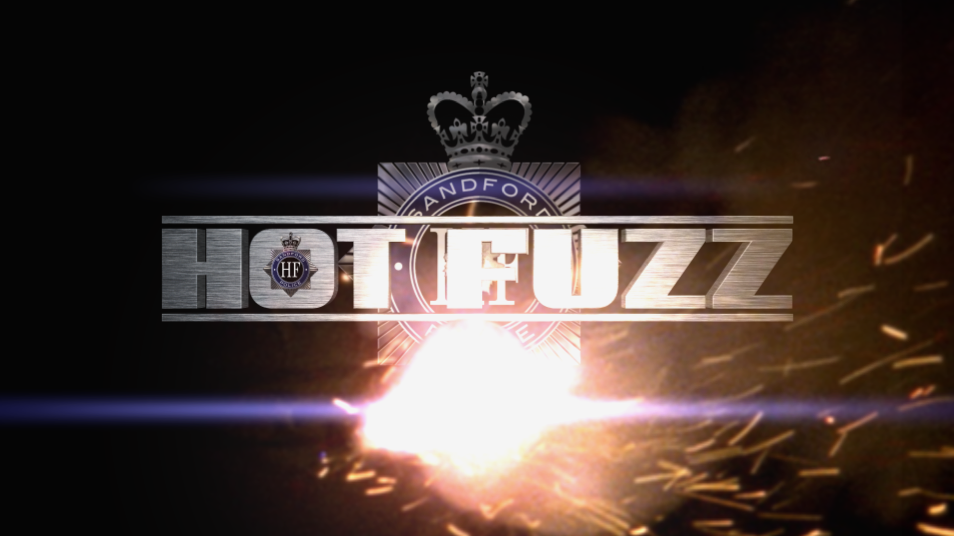 Over the past couple of days Katie has surpassed herself with her challenging behaviour.  I said to TCM that I'm reminded of the film Parenthood and the scene where Steve Martin's son has a meltdown because he gets beaten by a game called Bad Dudes.  That scene sums up life in our house at the moment.  However, even the electric ear-cleaner scene pales into comparison with the stunt Katie pulled yesterday.

Yesterday after school we decided to play in the garden for a while before having tea and getting ready for gymnastics.  We had a lovely time.  I got a bowl of water out and the children were both playing nicely with it.  Our garden is north-facing though and has a dense clay soil so the wet weather has left the garden quite muddy.  Katie was still in her school uniform and took off her school shoes.  She was wearing brand new white socks so I asked her to put her shoes back on.

"No" she said so I told her to put them on again.

Again she refused and then ran across the muddy grass.  I told her to put the shoes back on otherwise we would have to go inside.  She refused so I picked her up and carried her inside.

She wasn't happy with this outcome.

So she picked up my glass of water and threw it, smashing the glass into smithereens.

I was not happy with this outcome.

So I very loudly and clearly told her to get herself into her room and told her that she wouldn't be going to gymnastics tonight.

That didn't go down well.

I rushed to pick up Pip from the garden and put him in his playpen to keep him safe from the glass.

In between this Katie required more support to go to her room. She didn't want to go willingly.

I emailed TCM and asked him if he could come home from work as early as possible as I could foresee a challenging time ahead.  He replied to say he was just leaving and he'd be home as soon as possible.

Once she was in her room, I cleared up all the glass.  I swept it up and then started hoovering to ensure I'd picked it all up.  I decided I might as well quickly put the hoover around downstairs whilst I was at it.

I was hoovering the hall when there was a knock at the door.  Initially I thought it was TCM and that I'd left my key in the door but on closer inspection there appeared to be two figures at the door.

I opened the door and saw two policemen standing at the door.

I looked at them quizzically, my heart sinking.  Was TCM OK?

"Is everything OK in the house madam?"

"Ummm yes, everything is fine" I replied, heart sinking again that the neighbours had heard all the shouting and called the police.

"Only we received an emergency call from this house"

"No I've not phoned you" I said, a thought starting to articulate in my brain.

"But I think I might know who called you"  I then explained what had happened over the previous 30 minutes.

They explained that they had to come in and speak to Katie to make sure she was OK.

The house was a total tip.  Not just a bit of a mess.  But a total bloody mess.  Where we're sorting things out to move out for 6 months whilst we extend the house, it currently looks like we're auditioning for a place on one of those hoarding programmes.  I didn't want anyone in my house.  Especially not two, rather hunky looking, cops.

They had to come in.  They had to ensure that I wasn't hoovering up some evidence I imagine.  They did their best to put me at my ease.

I called up to Katie "Katie have you phoned anyone?"

"No Mummy" Katie came to the top of the stairs attempting to look innocent but failing miserably.

A look of horror and shock and fear passed over Katie's face.

"You need to come downstairs and tell them that you're OK".

"NO!" She paled and she fled into Pip's room

I called her a few more times but she wasn't coming down (can you blame her?) so I excused myself from the policemen and said that I needed to go and talk to her to try and get her downstairs.

I found her cowering behind Pip's cot.  Totally stunned and rather terrified looking (so she bloody should be!).

Lots of negotiations later she still wouldn't come downstairs so I had no option but to invite the policemen upstairs to view the upstairs of my very messy house. I have to say I was pretty stunned by everything taking place and feeling quite bemused. This has never happened to me before.  Or maybe it was because they were both so good looking.  They came up carrying Pip, bless them.  They made jokes about how cute he was and handed him back to me.

I will say that they were brilliant with Katie.  They cajoled her and told her all about their 6 year old children  and the silly things they get up to and eventually she came downstairs, hiding behind me, clinging hold of my hand.  I was trying to manoeuvere the stairs with Pip in my arms. 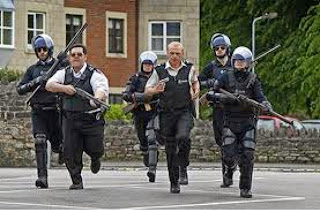 They told her off for breaking the glass and for phoning them.  Apparently they had their sirens and lights flashing and everything (a fact backed up by a very worried neighbour who phoned to make sure we were all OK). They impressed on her that she must never phone again unless it was an emergency.

Then they left. Me waving them off with my still slightly WTF and bemused smile on my face.  In retrospect I think I was in total shock.

I was trying to think what to say to Katie. What do you say? Do I do the angry parent routine or do I allow the shock of the police being at the house work it's own magic? I plumped for the latter. To be honest I was still too shocked and mortified by the mess in the house and what on earth the police must have thought to be angry. How high on the crap parent scale did I score?

I sat Katie down for a chat. She admitted that she'd phoned the police but was totally confused as to how they knew the call came from our house.  I explained to her about tracing calls. She admitted she had phoned 999 because she was angry with me and wanted to get me into trouble.

Ha Ha! That backfired on her a bit didn't it?

I asked her if she was scared.  She looked terrified. She then fell apart and started sobbing in my arms. I held her and we talked about how she managed her anger and how dangerous throwing the glass was. TCM finally arrived home safe and well and we both chatted to her although she didn't really want to chat. By that point she was back to being rude and refusing to speak to us.  Personally I think she was so scared she was deflecting because she was feeling so overloaded with emotions.

I suppose I'd better get on the phone to our Social Worker and give her a heads up on this little escapade.

I'll tell you about the stealing of the cough sweets and almost choking this morning another time.....

Did I mention that it's pretty relentless here at the moment?