Where has the year gone? 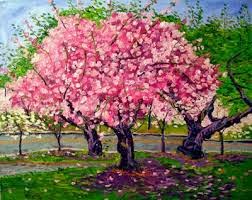 Talk about blink and you'd miss it! It's been a year now since Pip moved in and became part of our family.

A year?  How did that happen?  I've just had another birthday and am definitely feeling another year older.  I certainly have more wrinkles and grey hair than I did a year ago.  A friend of mine told me that she doesn't remember much about the year after she adopted her second son and I can see what she means.

I can hardly believe that this time last year I was writing about how overwhelmed and underwhelmed I was feeling with the adoption process and all the changes in our lives.  In many ways not much has changed over that year.  I would say with a degree of certainty that we're settled and established as a family of four now but we are still grappling with the dynamics of having an additional child.  I've come to the conclusion that some people are naturally just made to be parents.  They are calm and unflappable and see the love in everything. I've also come to the conclusion that I'm not one of those people! I'm not an earth mother. Funnily enough people often comment how calm and relaxed I seem but I am anything but.  I'm just good at hiding it...... some of the time.  I'm beginning to realise that there is no permanent settled destination and that things are always in flux and that I have to try and go with it.  And I'm learning to accept that that is OK. 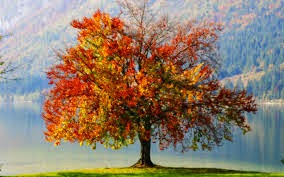 I'd say this past year has been one of the toughest emotionally and physically I've had in many years. to get up every day and just do the best I can do on that day.  The years of infertility were soul destroying in a different way.  This year has brought the feeling of constantly never quite getting it right; of being so exhausted that I just want to curl up and let everyone get on with it.  I've endlessly questioned everything about myself.  I've struggled with the whole adoption process and its ineptitude.  I felt enormous stress over the issue of Pip's weight which raised so many issues internally about my own weight battles.  I've felt out of my depth on a daily basis with Katie's behaviour.  I've beat myself up every which way I could think of.  I've questioned why we thought having a second child was a good idea.  I've struggled with out of control hormones and increasing exhaustion and fatigue.  (I finally might be getting to the bottom of the fatigue having been diagnosed with almost non-existent Vitamin D levels.  I'm having more tests now but feel like I'm finally getting somewhere.)  I've felt depressed; I've felt elated.  I've felt invisible and unsupported. I've felt tired and I've felt hyper and I've felt bored on more days that I should admit to. I've felt deskilled and I've been the most disorganised I have ever been in my entire life.  I can definitely say I've felt every emotion under the sun.  I definitely have young children because I suspect all of these emotions come hand in hand with young children.  It doesn't help that I have a desire to get things right due to my own lingering issues of being badly parented but I'm learning that I simply can't get it right all the time....or even most of the time!

Bit by bit I have started to challenge the voices around me and I have started to feel more confident and stand my ground over the things I feel were important, particularly over the pressure around Pip's weight.  I look at my now normal sized son now and feel justified that Mummy did know best!  I am slowly wrapping my head around Katie's needs and seeing the patterns in her behaviour and responding (mostly) calmly.  Now I'm receiving injections to stop my hormones I feel calmer and more emotionally balanced.  I've started on high doses of Vitamin D and now have moments of energy returning although I have to pace myself carefully.  This has given me the ability to step back and review and not feel the need to dive in with some new parenting technique because I felt out of control. I've learned that "control" is a word that needs to be thrown out of the dictionary and that I have to embrace the crazy a bit more because our life is crazy now.  If you can't beat 'em, join 'em isn't that what they say?  I do find it difficult to see life crashing crazily by though and often am not sure how engaged in it all I actually am. 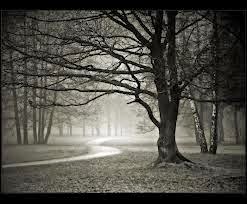 So how has life moved forward since the crazy moving in period of last year?  Well Pip is 19 months and toddling now and running full pelt at life.  We call him Hercules because he is so strong and probably could lift small buildings out of his way if he wanted to.  He is making good progress. He's holding off on speaking much at the moment which I'm trying not to allow to bother me.  He says "Mama" and "Dadda" and "gargen (garden)".  He attempted "steam (stream)" today.  He occasionally says a word really clearly (i.e. Blue Bear) and then refuses to say it again. Most of his communication involves smiling or screaming and shouting "Ugh ugh" at me.  I think it's all in there though and suspect he'll just come out with sentences when he's ready.  He understands everything I ask him to do and he seems a smart cookie.  I'll see how he is when he hits 2 years old and look at whether we need to have hearing tests performed.  Katie had some hearing issues when she first joined us but she was an early and very fluent talker.  Pip is a boy though and very different.  I don't think there is anything wrong with him, just a reluctance to speak.  He probably can't get a word in edgeways in our house with all the noise. I'm doing a lot of sitting and reading and repeating words and he'll find whatever I want him to find in the book so I think he's hearing OK.

Katie is getting there.  We had a lovely half term, which was a surprise.  She and I had a wonderful time together and really rebonded.  I felt very relaxed by the weekend which I hadn't expected.  I was dreading the holidays if I'm honest.  I capitalised on good behaviour by rewarding her with beads for every little thing she did that was nice.  She earned herself a few toys and her coveted Elsa dress and was a total delight to have around.  I really hoped we were building up to a real, lasting change.  What was interesting though was how that changed over the weekend when Daddy was home and how it worsened considerably again yesterday after her first day back at school.  I am going to watch and monitor that very carefully.  Katie always did punish TCM for being out at work all day and I wonder if that is still the case.  I also wonder if we are simply getting the fall-out at home of having to behave in school all day? The insights are interesting though and it's made me realise that the holidays seem calmer when it's just me and the children.  That's tough on me in many ways but it does seem to run more smoothly. 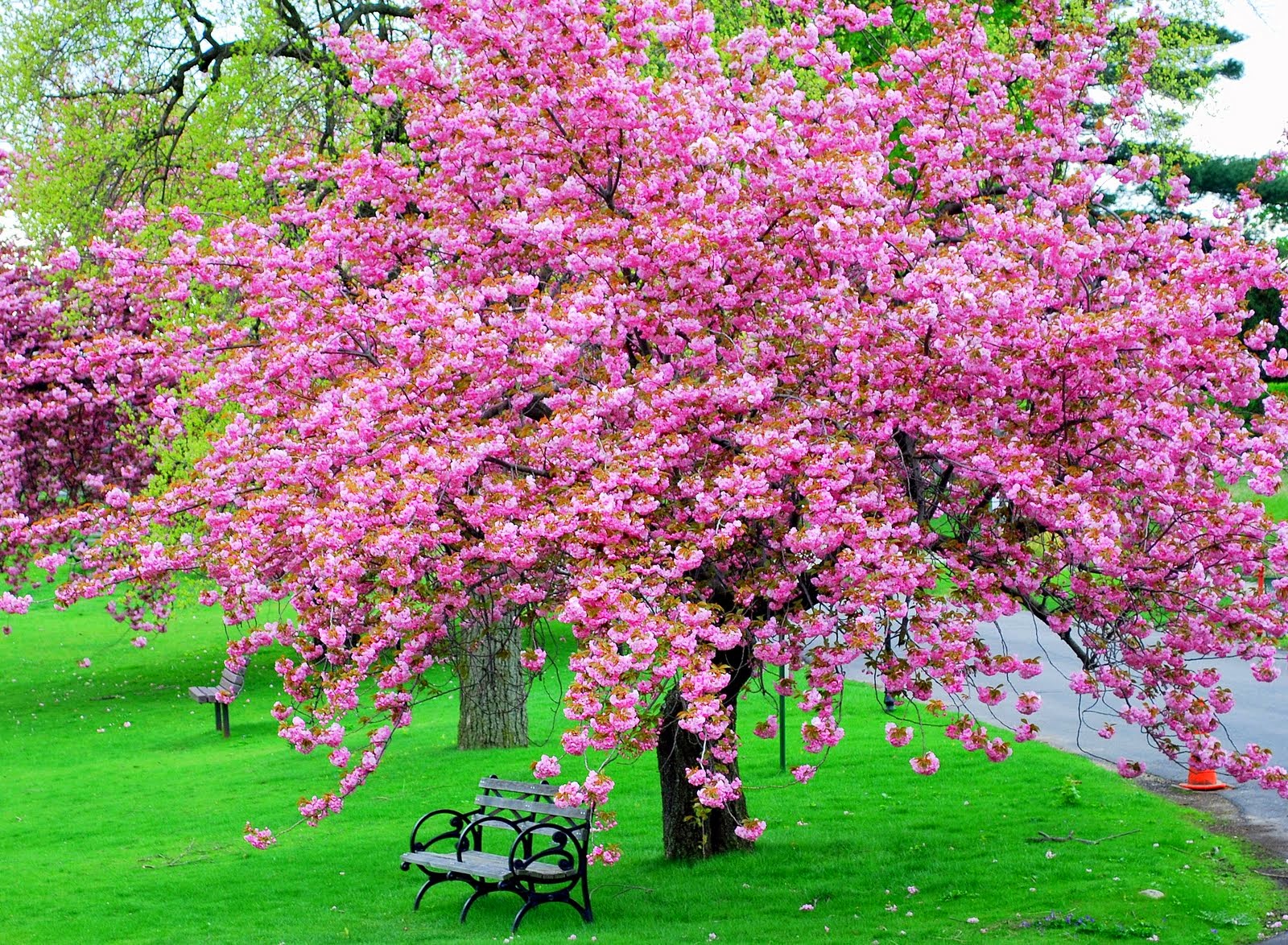 Katie still has a lot of anxieties. She worries a lot about being sick and I have to feel her tummy quite often to make sure it isn't sicky. She's rarely ever sick but it's stuck in her head and refuses to budge and I suspect it just offers an identity to her anxiety rather than being an issue in itself. We had a reprise of her temper tantrums last night again after having a week free of them.  There does seem to be a pattern of her having a tantrum when she feels an injustice has been served against her, even if logic dictates otherwise.  When in that situation she is unable to manage her emotions.  Add to that being tired after school and over-excited after a playdate that involved her best friend and her thinking it was a good idea to bounce on the trampoline and throw their school shoes into the very overgrown bushes and it was probably all too much to hold it together.  It took us 2 hours to find her shoes.  Not a happy Mummy and Daddy and ultimately not a happy Katie who refused to go to bed because she wanted to stay in the garden whilst TCM was looking for her shoes, despite it being bedtime.  She then lost her temper in the garden and TCM had to carry her upstairs for her bath kicking and screaming. She did calm down relatively quickly though. Generally though she has made progress and I think I'm learning to parent her better.  I'm trying to be less directional because I know how much I hated being told what to do.  I do forget some days when the pressure to be somewhere is on though. I am trying to stop worrying about how she'll be in 10 years time and trying to focus on how things are each day and letting the future take care of itself.  We have asked for some additional support from our Social Worker and Post Adoption Team to help us though and I've also asked for some counselling to help me through some of the issues that I think might be getting in the way for me.

This coming year will bring a temporary house move for about 6 months whilst we rebuild and extend our house. The timing isn't great with me being unwell still but it's all an adventure isn't it? Naturally I am concerned about how the children will fare with a house move but am hoping that having us with them will smooth things over.  I'll respond to anything else if and when it happens.  We're going to visit the house as much as possible in the meantime to familiarise ourselves with it and have discovered friends of Katie's who live in the next road so lots of playdates are already planned.  I'm trying to ignore the fact that we have to move and to sort through our house and all the decisions and stresses that a build will bring with it.  Again I'm going to take it all day by day and see where we end up.

Next week we have our Adoption Day in court for Pip and I'm focusing my attention mostly on that. It's been a long time coming and I'm looking forward to the day very much.  It will be a real cause for celebration and I hope my plans to involve Katie and my nephew will work well.

It has been an interesting year, lots of highs and lows.  I wonder what my review next year will read like?