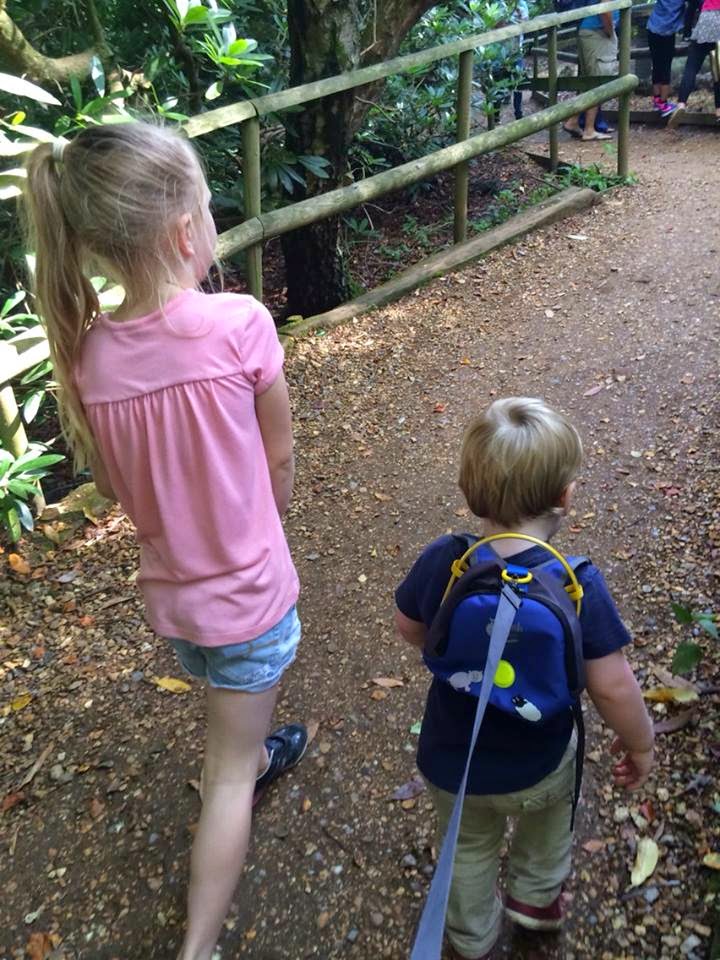 It's a common theme amongst adopters that birthdays and other holiday celebrations seem to bring about a change in our children's behaviour, not for the better sadly. Katie is no exception to this rule. I'm not sure if it's the excitement that leads to an overload in her sensory processes or something more deeply rooted but I do know it means we're in for a stressful time.

We saw some elements of a heightening of rude and aggressive and very hyper behaviour around Pip's birthday. A Bonfire Night party at our local toddler group caused a massive shift in Katie, we think from the fireworks. Katie has always been unsure about fireworks. Come to think of it, as I write this I am aware that Katie is unsure of most new things and experiences. She copes well at school and happily goes to after-school club and to swimming and gymnastics but she has a lot of difficulties with new foods and textures and, a toddler she struggled with loud noises to the point of tears if she felt something was too loud.

At the bonfire party she had a lovely time eating the breadstick sparklers (breadsticks dipped in honey and sprinkles) and played with a school friend without any anxiety. When it came the time to head outside she fascinated by the bonfire and the fireworks, as was Pip who thought they were epic. All we've heard from him since bonfire night is "Mama? Bang bang?". Katie became quite hyper aroused by them though. I think she enjoyed them, for the most part, but found the noise levels and the close proximity of the fireworks a bit too over-whelming.  She had a massive tantrum at the car when we went home and when we arrived home her behaviour became incredibly aggressive and hyper. She couldn't seem to calm down. I'm wondering if the internal shock that you get when you jump at the bang sets off the hyper-arousal for her (plus the sugar she had consumed in the breadstick sparklers).

Katie's birthday comes hot on the heels of Bonfire Night, as does Kip's and then our Familversary (the anniversary of Katie's adoption). Christmas isn't that long afterwards too so it feels like there is a lot of excitement and not enough calming down time at this end of the year.  With everything else going on in our lives at the current time it is hard to find the energy to think therapeutically. This is why I enjoy writing this blog because things start to occur to me and make sense as I type.  Just typing this I am seeing a link between the sugar intake and the fireworks and the impact inside her body. She didn't have time to internally settle after Bonfire Night before she had Kip's birthday party which I'm sure must bring up all sorts of issues for her. Her birthday was a big excitement for her. We only had a small party this year for 7 of her friends at the house we're currently renting. A lady from the local nail and beauty salon gave them all tattoos and painted their nails and did their hair. We made bracelets and played games. I made lots of loom bands for presents which were a big hit. She had a lovely time but kicked off big time at bedtime because she wanted to stay up and practice her Heeleys which wasn't unexpected but still spoilt the end of the day considerably. Since then we've had lots of repeats of this aggressive behaviour including again after a firework display this weekend to celebrate the turning on of our local Christmas lights. I can't see a trigger all of the time although have the odd moment where I can see a clear pathway towards the meltdown i.e. fireworks.  She speaks to both myself and TCM like we're something vile she's stepped in nearly all the time and escalations seem to happen swiftly and without warning. She's also started copying Pip's behaviour including biting which is frustrating. Interestingly I've also noticed that Pip also seems to get hyper-aroused when in a busy setting such as a toddler group.

One thing that is wonderful to watch is the development of the relationship between Katie and Pip. I've said before that Pip worships the air that Katie breathes and she finds it hard to ignore such adoration and has started to respond well to him.  She takes him off probably to indoctorine him into all sorts of mischief.  He loves playing hide and seek with her and dressing up in her dress-up clothes. I find myself smiling when I see him beaming at her and see her warming up inside.  It gives me hope that they will have a strong bond through their lives.

Much of this behaviour is fairly typical of 6/7 year olds as far as I can tell but I'm not sure the continuation of the behaviour is the same as her peers. The diva-esque attitude is rife amongst her friends so I'm trying to separate out what is regular behaviour and what is something more. I met yesterday with a Social Worker for the first part of our post-adoption assessment because I think Katie needs an Educational Psychologist's or CAMHS assessment. I want to understand her cognitive processing and assess for hyper-arousal. I don't think she has ADHD but there is a BM link of ODD which I've always understood to be environmentally caused but I'd like to just rule that out.

As Christmas approaches this year I want to try and stay mindful of over-stimulation and how best to manage the holiday season with that in the forefront of my mind. It will be difficult to slow the fizz down though I think.  We have a history of doing a homemade advent calendar for Katie and she is excited about that already so it's not something I can eliminate from our holiday build up. I think I will just have to minimise excitement after school and keep things as calm as it is possible to whilst living in such close proximity to each other as we are currently.Christmas will be a different affair this year as we deal with the death of TCM's father recently and are currently working towards his mother moving into residential care after a sudden dip in her mental capacity due to the Alzheimer's.They have spent most Christmases at our house recently although there is a small part of me that is relieved we won't have to deal with the aggressiveness that Nana displayed towards everyone last Christmas. It's very sad though and the thought of them not being here feels wrong.  All that coupled with the house build I will admit that I'm finding it all a bit too much currently. This is a familiar moan just recently and there is little let up and little support from family.  I have recently engaged a Childminder for Pip and he will be going there one day a week. It broke my heart to leave him yesterday for the first time but I think it will be better for him that constantly having to visit Nana.  He's with a lovely lady and there will be other children to play with. It will also give me a chance to spend a little time with Katie on her own after school on that day and we're planning a weekly girly Costa treat for hot chocolate.

If you have tips for keeping things festive but not too wild and exciteable I would love to hear about them. I'm keeping the Bach Flower Remedies close at hand to help support everyone's emotions over the festive period but would welcome any ideas and suggestions you might have. How do you manage the build up?