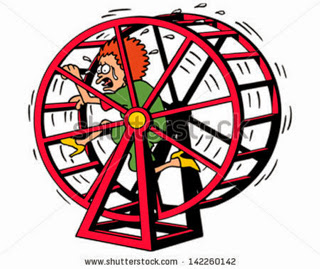 At risk of sounding like I'm always complaining I think it's fair to say that our family life has been fairly relentless since Pip joined the Katie household. Over the past 6 months add to that a house build; a house move; the death of TCM's dad; the care needs of Nana; driving 20 mile daily round trips for Nana and the cats; the rehoming of said cats; the health scare of my closest friend; the death of the parents of two close friends and resulting emotional impact; the passing of my Great Aunt; several changes of school teacher for Katie and the resulting impact on her emotional wellbeing (and ours); months of Katie refusing to go to bed; Pip now out of his cot and needing bedtime sittings to go to sleep; TCM's hypertension and ridiculous volume of work; and living in a house the size of a shoe box for an indeterminate amount of time and it's no wonder we're a family living on the edge of a precipice of a very slippery slope.

I've been seeing a specialist adoption counsellor due to the secondary trauma of living in the Katie war zone and the transference of emotional impact from my own fairly violent upbringing. All this coming on the back of being unwell with the Vitamin D deficiency, which I think has resurfaced again, is making for a stressful, tiring and fairly unhappy life for us all currently. We do get on with it on a daily basis as best we can and this blog is my way of documenting our lives and reflecting on my feelings. It is my outlet; a way of processing the myriad of emotions that are assaulting my life currently. It helps bring some sanity and clarity which enables me to keep heading onwards.


Things worsened over Christmas due to the build up and excitement and the fall-out over my compliment to Katie on her behaviour on Christmas Day. Of course the new term has also now started and we have the resettling period when Katie is really tired and to make things worse Katie has now had another change of teacher at school. Another teacher has had to leave due to unexpected circumstances and another teacher has just started. Katie likes the new teacher but we're seeing the anxiety rise again as she struggles to settle. She's fearful at bedtime and won't go upstairs to the toilet or anything else on her own. A meltdown can result in having to go upstairs on her own.  Pip has reached the stage of development where his attachment to me won't allow anyone else in my close proximity so Pip and Katie fight endlessly over me like dogs fighting for scraps. Neither really seem to want TCM currently. I suspect this is partly because each is reacting to competition from the other over my affections so neither is reacting logically. It's very primal. Some of this is fairly typical for someone who is 7 and Pip's jealousy is very age-appropriate so I'm trying to accommodate their needs as much as possible with a healthy dose of ignoring as well but it's all just too relentless and intense if I'm honest. Katie is back to having toddler meltdowns over just about everything. Pip is pretty much just a manic toddler in the way many boys are. He's not particularly complicated really, just very tiring because I have to watch him all the time so it's hard to get anything done during the day. By the evening I'm falling asleep in the sofa by 8:30pm so we're not getting things done for the builder or even just household-wise after the children's bedtime. 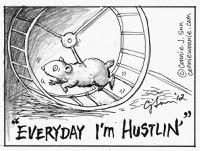 I often try to work out what is age-appropriate behaviour with my children, particularly Katie thus far. It does occupy a lot of my thinking time. I often conclude that my children come with an intensity in their reactions that highlights their start in life. Much of their behaviour is quite similar to their peers. Many other parents report their 7 year olds are incredibly rude and demanding and very diva-esque in their behaviour (I delighted in witnessing my friend's daughter the other day) but I question whether their 7 year olds keep it going all day.

I'm also fairly sure most 7 year olds don't attack their parent in the middle of the night when Mummy says that they can't come into their bed. A cuddle and a settle back into their own bed is freely given. If Katie would come into our bed nicely and actually sleep quietly I'd actually let her come in and sleep with us. But she doesn't. She's awful in our bed and it ends badly so other other night when I cut to the chase and said she had to go back to bed, she screamed in my face and almost head butted me and woke the whole house up. I didn't react very therapeutically I'm afraid.


She did go back to her own bed and went straight to sleep I might add.

Interestingly (I can say "interestingly because a few days has now passed from the incident) the bedtime episode was after a play date at her friends house. I was concerned about the play date baring in mind Katie's current heightened anxiety and because the little girl is from a non-English speaking family. Dad speaks barely a word of English and I was concerned how Katie would cope and if she'd feel isolated if there was a disagreement between the girls. Katie and the girl also seem to have a love/hate relationship so I was justifiably concerned about conflict. I would have liked some time to think about the play date but I was ambushed by the children in the playground begging for a play date the following day, catching me at a vulnerable moment so I agreed against my better judgement. As I feared Katie came home in a right temper which was blamed on anxiety over the other girl wanting her lip balm (I think they should be banned personally due to the amount of stress lip balms cause in our house). I think there was more to the anxiety than just the lip balms though and it was a point proven I guess and I am the lucky person who deals with the fallout.

With so much going on it is hard to find the energy to be consistent and also not to over-react emotionally myself to challenging behaviour. I have found myself shouting more which I am working hard (with a lot of success) to stop. It's just sheer frustration and feeling overwhelmed though. It's all a bit too much if I'm honest. I'm waiting for the outcome of a recent assessment from the Post-Adoption Team. I think the biggest thing for TCM and I would be to get back home because we currently feel rootless which is impacting on our ability to self regulate. The lack of space from each other is one of our biggest challenges and I feel constantly irritated when TCM is working on his iPad when I'm trying to deal with the children. In our other house he can absent himself. I've taken to taking longer in the loo for a bit of time out which feels ridiculous, although necessary at times.

There are blessings in amongst all the stress and I don't just want to focus on all the challenges.  Pip is really starting to speak and his character is developing more and more every day. Hearing him point to the window when it's raining heavily and shout "Mama it's weeing, it's weeing!" was hilarious.  Hearing Katie tell me she loves me "more than anyone else in the whole kintyre world" makes me smile and love her even more.  I get lovely cuddles and kisses from both children. Pip is at that squidgy cuddly stage when they can first wrap their legs around your waist. Katie loves playing "under the water, under the sea" with me and we change the rules all the time. There are funny times. The highs are getting lost in the stress at times though. TCM stresses me out a lot when he starts to panic about what we need to do and I am trying to be a chameleon and meet everyone's needs and failing miserably.  I need to set up a blessings jar I think and write down all these wonderful little moments so that I can hold them close to my heart.  We are so blessed in many ways. We have much to be grateful for.

It will pass. Things will change. Change for the better? I hope so. Currently though the thought of a least another 4-5 months of living here feels untenable. My mood is low and disjointed and I feel emotionally like I want to shut up shop for a while. I took a mini-time out this week, refusing to deal with anything other than day-to-day stuff. I suspect this is partly the impact of the stress since Pop's death. I'm tired. I need a break. None is forthcoming so I have to pull myself up by the bootstraps each day and get on with it and try and smile at Katie belting out Taylor Swift's "Bad Blood" from her bedroom, where she is currently playing rather nicely with Pip. 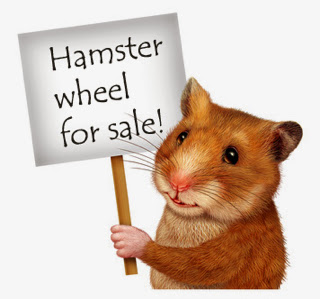