Before I adopted Katie and Pip, and took some time out from working, I was a trained Counsellor who specialised in working with teenagers.  I took on a role working for a service called Connexions as a Personal Adviser because this was a new role that offered an exciting way of supporting and helping young people with multiple barriers to learning.  The role offered me a lot of personal and professional development and I also trained as a PSHE Teacher specialising in Sexual Health.

I loved my job.  It was high pressure with the volume of workload and the responsibility for the lives of the young people we were supporting.  I set up projects supporting young parents and I delivered a lot of sessions in secondary schools and my linked college around sexual health and relationships.  I am proud that  I was able to help a great many young people through some unbearably difficult periods of their lives.

There are some cases that I think of with regret though.  There will always be some people that you are unable to achieve a positive outcome with.  That may be through a clash of personality with yourself and you're just not the right person for that particular young person.  It may be because the young person just isn't ready to move forward and needs a different type of support. I made many referrals to CAMHS over the years and there will always be young people that you tried everything for but it just didn't work out.  Over the past five years though my main regrets have been for the young people I worked with over a long period of time who were adopted.

I'm going to be very honest, because that is the point of writing this post.  I didn't really know anything about adoption back then, not like I know now.  I knew about attachment generally because I covered that in my counselling training but I didn't know about the trauma that our young people often have a part of their history.  If asked I may have assumed that the majority of children were given up for adoption, not due to Child Protection Orders.  I knew that my clients might think about their birth family or want to trace them - but I wasn't trained to think beyond that; to question fantasy or risk.

My remit was to support the young person because we were a "client focused" organisation.  We signed confidentiality agreements with our clients.  I always encouraged my clients to talk to their parents about any support I was offering and would meet with parents as much as my clients would allow but the client was in control of that unless there was a clear Child Protection issue to address. That was tough on parents. The parents that I was given permission to work with by my clients would often say I was a translator for them.  The young person would explain to me what was going on in their world and in their emotions and I would explain that in ways that the parents could hear.  I think it was something that I was quite gifted at if I'm honest.  There are several clients though that I feel I let down badly through sheer lack of training and this is something that I still hear is happening through conversations with other adopters.  I can see why it happens but I do think it needs to be addressed.

The clients I feel I let down specifically were two of my adopted clients.  Both clients had major difficulties that impacted on their ability to engage in education. I worked very hard to support them and their families. With these clients I supported issues around ADHD and paranoia, drug taking, running away from home; aggression and violence within the home from the young person; lying; stealing; truanting from school; unable to engage in school; school unable to support the young people effectively and resistant to my suggestions.  The list could be one written in books on trauma and attachment.  I didn't know about the link with adoption and trauma then though.  Both young people were adopted very young so, like many professionals. I didn't consider these issues as being the causal factor of the problems the young people were experiencing.  Instead I worked hard with the families to create behaviour contracts and ways to support the young person's learning.  I looked at the parenting model of the parents to try and ascertain whether there was a link with the behaviour of the young person.  I tried various methods of engaging with the young people. I met with weary and confused parents who seemed to have given up and I possibly judged them harshly for that.

Five years on, I would address these cases in a very different manner.  I have a much greater understanding of trauma and attachment in adoption. I see first hand the impact on my children of the choices their birth mother made whilst pregnant.  I would ask a lot more questions and I would question the confidentiality agreement with my managers in cases where I felt it was paramount that we worked closely with the adoptive parents. I worry about my daughter's experience of education and see the difficulties she is having already and the reaction from the teachers.  Whilst supportive I sense there is judgement towards us as parents because most of the behavioural difficulties are at home and not at school.  I see the behaviour models used in school with different eyes. I now see I could easily become the parent that I met during that period of my working life. What worries me most is that I am hearing the same, and much worse, from many adoptive parents.  They are worn down fighting the education system and fighting the judgements from professionals who aren't trained in trauma and attachment and make assumptions about the parenting these young people are receiving with no insight whatsoever that the difficulties are not of the adoptive parents making but are far deeper and much harder to access.

I want to send some advice out into the ether with this blog post so I would be grateful if readers could share this post with agencies they know who work with young people. My advice is this: 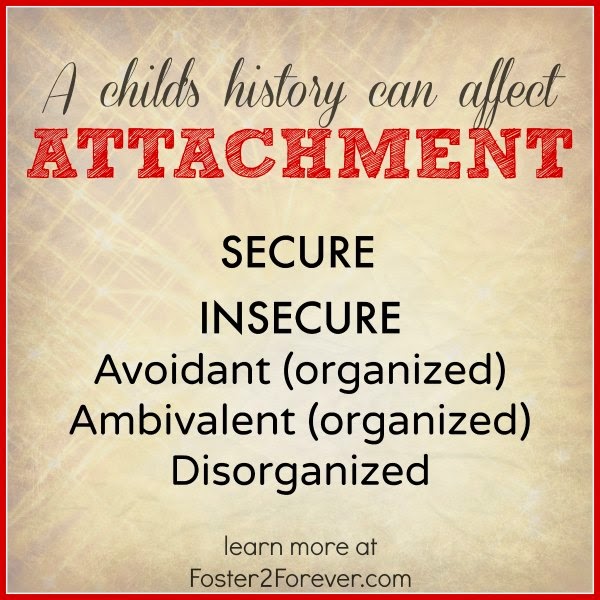 1. Get some training on trauma and attachment, specifically Reactive Attachment Disorder.  Take this post to your bosses and explain to them that this is really important.  You can't possibly understand the world of an adopted young person by applying the normal rules of assessment.  Damage is done in the womb through drugs and alcohol, physical neglect and domestic violence and that brain damage can impact the whole of the young person's life. There can be a massive impact on the young person's ability to form healthy attachments because these issues weren't addressed when they were first placed in care and when subsequently adopted.  The young person may have been adopted as a baby but may still have had several Foster Carer placements prior to being adopted.  This is highly disruptive to the ability to form healthy attachments and there is a list as long as your arm as to how the young person will demonstrate their reaction to this. Learn about the different types of attachment and how they present clinically.

2. Listen to the adoptive parents.  Hospital Consultants have learnt that it's important to listen to the parents when diagnosing a child because the parent knows that child much better than anyone else. The same could be said of all parenting but I am specifically focusing here on adoption.  Listen to the history that the adoptive parents are telling you. Don't dismiss them as being overly protective or exaggerating their reality. Ask them about the young person's early life prior to adoption to help you understand the experience of the young person.

3. Don't assume that the young person is always telling you the truth.  They may not mean to lie to you and they may struggle to tell the truth after a lie due to their internal stress regulation.  Again the same could be said of many of the young people I worked with who had disrupted attachments for varying causes including divorce and domestic violence. I now see lying in a very different way since becoming an adoptive parent.  My daughter often believes the lies she is telling me. I've heard of terrifying allegations made against adoptive parents that are unsubstantiated.

4. Young people who are adopted are possibly much younger emotionally than their chronological years so be aware that might be a possibility and assess for that. Don't assume they can engage in activities that someone else of their age might be able to do.

5. Be aware that behaviours that only happen at home aren't necessarily because there is a problem at home.  The reality is that the young person probably feels safer to express themselves at home than in education or other settings.

6. Be on the look out for how the young person is expressing their anxiety at school. Are they restless?  Do they struggle to concentrate in class?  Could this be due to hyper-vigilance? Are they on their own a lot? Do they cope with frequent room changes?

7. Find out whether the young person is able to sustain friendships. If not then ask yourself why this is the case.

8. A feeling of shame is something that is triggered very easily in many adopted young people.  It's not something that is easily rectified by being giving positive feedback. It's embedded deep down within.  It can be triggered by doing well at something where a need to sabotage that success follows immediately because the achievement doesn't mirror the young person's internal dialogue.  You might see them destroy certificates or notice a negative behaviour change when they they achieved something.

This is just a list to get you started.  I wish I knew back then what I know now because I might not feel regretful about those clients that I could have supported differently despite doing everything I could do at that time.  I hope in writing this post that it might make a difference to other professionals and other young people somewhere.

A big thank you goes out to anyone who shares this post.