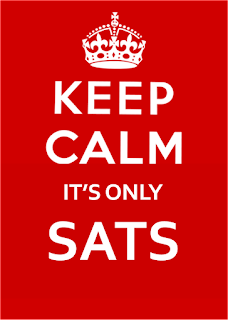 Like many other parents in the UK SATs is the phase currently buzzing about like an unwanted wasp. An annoying entity that I would love to squash with a handy magazine, preferably my current copy of Psychologies!

So what are SATs?

SATs or Standard Assessment Tests are a delight put upon children (and their parents) in Years 2 (Key Stage 1), 6 (Key Stage 2) and 14 (Key Stage 3).  The purpose is to assess where your child is at in their learning at these points in their education.  In the early stages the tests cover knowledge in reading, writing and spelling and science and then a more lengthy list is tested in Key Stage 3 (think GCSE options). 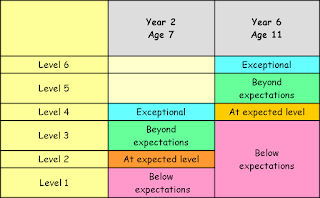 The children are graded as:

Within each grading there is also an a, b, or c addition to grade within each level.

So what is the purpose of SATs (other than to make us sound more American?)

Well the original  purpose back in 1991 was to assess where children were in relation to their peers at a set point in time but over time it is a not so overly guarded secret that the results of these tests are used to place the school within the Schools League Tables which compares the performance of pupils, schools and LEAs.  In the area that we live in these results are immensely important. The house prices on one side of the street that is in the catchment for the "better" secondary school are ridiculously higher than their counterpart on the other side of the road. I live in an area where I've recently discovered parents actually pick and choose their pre-schools to make sure their child has the best start in their educational journey.  I chose Katie and Pip's pre-school on the basis that they liked being there and it would support them to become more independent from myself; the staff understood the needs of my children; the environment would aid their learning; a close friend tipped me off that she had trained most of the staff and that they were well trained; and mostly they would have fun.  It seems I have a lot to learn!

What do these tests really mean for children and their parents, and particularly for adopted children? 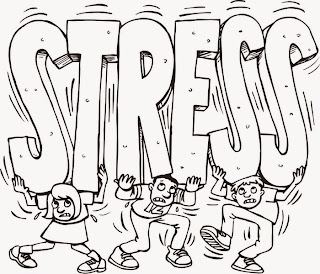 Katie came home from school on the Thursday after the Easter holidays all of a dither and saying that her teacher had told them that they were doing their SATs tomorrow.  Really? Well l I knew it was their school sponsored walk the next day but I was confused as to how Katie was told about the SATs and me, as her parent, wasn't. I was also confused because I wasn't expecting them to start until mid-May.  I reassured Katie that there were no SATs the following day but of course she wanted to know more about what they were.  I explained briefly. However the following day she came home even more anxious about the SATs which included a note in her home-school book asking parents to ensure their child had a good night's sleep on Monday night plus a good breakfast on Tuesday morning (we don't ensure those things happen generally?) because our children were starting their SATs.

Katie didn't want to go to school on Monday morning because she thought they were starting then. She feigned an ear ache to try and avoid school. She was aggressive and rude and generally unpleasant.  I twigged what this was all about so reassured her again that there was nothing to worry about and that I would inform school that she was anxious. I told her that the SATs were a way to check how well her teachers were doing their job and it had nothing to do with how well she did in the test at all.  A comment I passed on to Katie's Head Teacher when I saw her that morning to pass on my annoyance that my child was so anxious about doing these tests. Tests that I don't actually agree with.  But Katie was worried.  She was worried about being stupid if she didn't know the answers.  She was worried about getting it wrong. She was worried because she didn't know what her day was going to look like once she entered her school gates.  Normally she knows what is going to happen at school. They have a timetable. She can get through the day with a recognisable semblance of self-regulation because she knows the routine.  Imagine that being taken away from you and not knowing what was going to happen. Katie's self esteem is fragile at the best of times so this is not an ideal situation. School are starting to recognise that even changing rooms can spark anxiety and hyper-stimulation in Katie so they were expecting a lot of her and it's interesting that they didn't raise this as a potential point of concern with us as Katie's parents.  Maybe they're not worried about her result. Maybe if she doesn't perform well they can just write her result off as being a LAC child. Maybe I'm doing them a disservice though and they feel Katie is capable of taking it all in her stride and performing well.  I would tend to argue with that though because Katie has morphed from a child who was a total delight over the Easter holidays to a disagreeable and aggressive child since being back at school.  You do the maths!

My instinct is that the children shouldn't be told about the SATs exams.  I don't see how it can help them, especially in Year 2 to know that they are being tested.  The assessment can generally be quite fun so there is no need for them to know or, indeed, worry about it.  That doesn't answer the issue of the disruption to the school routine though.  My nephew who is in Year 6 is also currently starting his SATs today and had a very sleepless night last night terrified that he is going to look stupid and all his friends will do better at the tests than him.

Why are these tests actually given then?  What is the real purpose? Even in Year 6 the tests do not really mean anything.  The results are not used by the Secondary Schools the children move to in Year 7. In fact the Secondary Schools generally like to do their own testing and streaming when the children start at the school so I can see no discernable reason to put the children through this stress other than to present statistical information to be used to cherry-pick which school your child goes to and for a moment of smugness in the playground or on Facebook, and a personal pat on the back for producing such a clever child, if your child performs particularly well.  What about all the children and their parents whose children end up not performing well? Could they run the risk of disengaging with education all together.  In the case of adopted children could the risk be that the disruption to their routine makes school become an unsafe place to be resulting in them becoming school refusals? I'm sure it's a real possibility.  The schools can assess how well a child is doing just as easily as part of day to day activities at school. 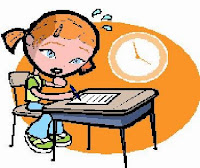 These tests do not highlight how good your child is at sports or if they are kind or caring or good in a crisis.  They do not show that you are adopted and might struggle with sitting these exams,; they do not show that you are a young carer and might not have time to do homework to aid your learning. They only show one side of your child.  How well they can perform in an exam.  An exam which is set in a specific way and generally supports a specific method of assimilating learning.  I am a great example of why these types of exams don't really highlight a person's capabilities.

I have quite a high IQ (and even passed a MENSA test) but I have problems with my memory storage and accessing facts. As a student who took O'Levels this proved a challenge because I could not access the information I needed to perform well in exams.  If I am assessed using coursework I will grade very  highly but I my results drop significantly in an exam situation where I have to recall facts. If I have a multiple choice scenario I will perform very well however because I can pick out the correct answer which jogs my memory recall.  O'Levels left me feeling that I was wasn't particularly intelligent despite showing an aptitude towards languages.  I did manage to gain sufficient passes to go onto college but my grades certainly did not reflect my ability.  When I went to university as an adult I did a degree that was coursework and assessment and performed very well.

My conclusion is that SATs should be abolished for the following reasons:

1. There is no reason I can see why Year 2 children need to be assessed above and beyond that done in the classroom. Ofsted monitors the school performance overall so this is unnecessary,

2. Year 6 pupils are assessed when they start Year 7 and the SATs results ignored so I'm at a loss to see a purpose for these students.

3. Year 10 pupils have just taken their options and settling into their chosen subjects,  They will be tested on their learning in these subjects when they take their GCSE's in Year 10 and 11.  Again I fail to see why you need to do SATs as well.

Come and join in.  What do you think? Can you throw me a bone and explain to me why these tests and exams are important or do you agree with my assessment? 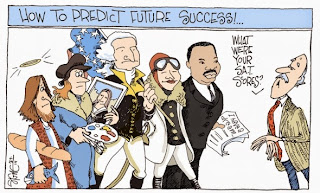