I've been procrastinating when it comes to writing a blog post about us. It's easier to write about competitions and other stuff because at the moment I'm very much eyes down focussing on getting through the days until we can move home.  I realised though that it's half term and I've not really written about how the term has been going thus far. 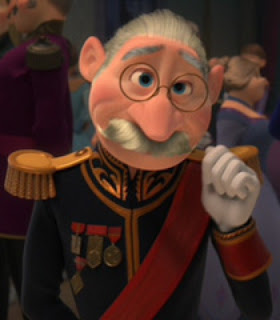 It's a shame really that what was supposed to be an adventure has created so much stress that it has over-ridden everything else in our lives leaving neither myself or TCM functioning properly. Our bank put us under enormous stress with a series of blunders and misinformation leading us to move our mortgage to another bank. That move in turn created the most bizarre turn of events involving a surveyor we nicknamed The Duke of Wesleton which I will, one day, eventually write about on my house building blog. By the time our additional funds arrived both TCM and myself were almost at the point of rocking in a corner in a catatonic state after experiencing the worst period of financial stress we have ever known in our marriage. Thankfully we're back on track financially and building wise now but in the space of one day had to mentally shift gears from the depths of despair to utter frenzy as we push to move home in 5 weeks time.  If you've ever watched Grand Designs then you'll have a sense of what we're going through.  The stresses of decision making and sourcing materials under pressure have left me feeling jumpy and anxious and with a sense of dissociation from life in general.

It's been hard to want to think about anything else other than getting home but life bumbles along irrespective and Katie and Pip have both started new schools this term and both need my attention focused on them (as well as the building team) to help them settle: one in primary school and the other in pre-school. I can't actually believe they are both now on the education hamster wheel. The times breezes by far too quickly and change comes far too readily.

I have to say I'm delighted at how much effort Katie's school have put into helping and supporting her. After my meeting with the Head Teacher which I wrote about in http://www.lifewithkatie.co.uk/2015/09/back-to-school.html she met with the Year 3 teaching team to pass on the information I had given her. Katie's teacher shared this with me at a recent parents evening along with evidence of Katie's marked improvement in her work in class as the strategies in class were put into place. Simple strategies of the teacher staying near to Katie in class so she feels safe and chatting through the work verbally with her.  One-to-one maths lessons are really reaping rewards as Katie seems to be suddenly grasping some maths basics. Katie's teacher observed that Katie will find ways to stall starting new tasks with requests to sharpen a pencil or go to the toilet or wash her hands or have a drink. We discussed Katie's anxieties about failure and how she employs these tactics as a way of avoiding starting tasks when she feels unsure about her abilities. What was amazing was that it was Katie's teacher bringing those observations and understandings to me. She has stepped out of her comfort zone and joined Katie in her world and shown her willingness to accept the information I am giving her. She was able to keep the information in mind when Katie was rude about her and not overreact.

Evidence of Katie's improved work came in the form of a Learner of the Week certificate and also with her project work being selected by her classmates to be displayed in the hall. Katie still gets up every morning and says she doesn't want to go to school but I'd say her anxiety about the new school is decreasing a little. There's still a way to go though. However evidence of Katie's fragile self esteem was also displayed on the day she she won the Learner of the Week award when she announced vehemently that she didn't want to win the award and would make sure she never won it again. I think she was partly embarrassed at being singled out but also I think that her negative inner dialogue about herself didn't match being praised for her work and behaviour. Let's just say we had a rough evening after that certificate came home. Conversely though she was delighted to have her home project voted as one of the best by her peers. Considering the project wasn't achieved without real home suffering I will admit I was also delighted. It seems that being one of the group of children singled out was easier to accept than being the only one under the spotlight. The evening after this award was unusually celebratory in comparison giving me some hope that we can overcome her negative feelings of succes. 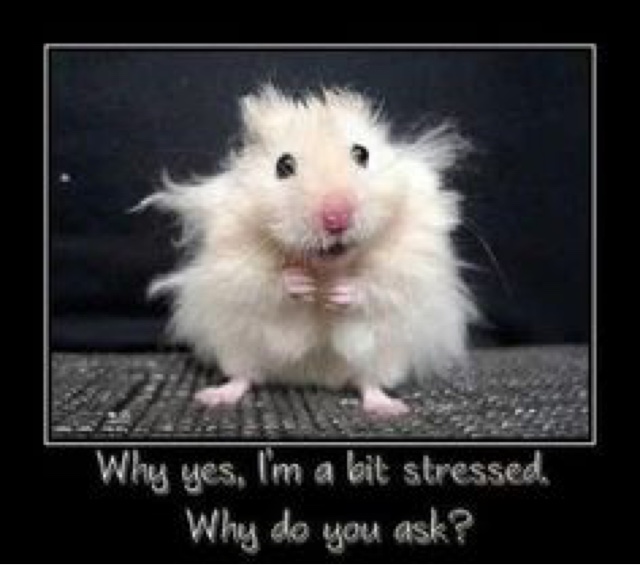 At home Katie's rude and aggressive behaviour is still a challenge although her violent tantrums have significantly decreased compared to earlier in the year. This is a massive improvement and an enormous relief but the behaviour has been surpassed by rudeness and obstinance on a rarely ending loop. I'd say we're (mostly) managing this behaviour better although I feel I'm sometimes too heavy on the criticism and a little light on finding behaviour to praise. I'm working on this one trying to get a better balance but I think it's fair to say that I struggle by the end of the day to stay calm and measured and (dare I say?) therapeutic. On another plus the medication from the GP has really helped us re-establish a healthy sleep routine. Katie has even had a run of 11 hour sleeps which has been unheard of for much of the last year. She seems happier and more accepting of bedtime again now most of the time although there is generally 10 minutes of shenanigans the second her feet touch the duvet as she suddenly realises the moment to go to sleep has arrived and it occurs to her that it's time to fight it. I no longer have the patience at bedtime to play the game so there's generally very little engagement from me over the various ailments that suddenly seem to be so important at bedtime. I'm convinced Katie has a book of bedtime excuses under her pillow (if she doesn't then she should write one). I ask her which excuse number she's chosen each night (she's quite creative with them). I'm less creative with my response I'm afraid. It generally runs to the tune of "get back to bed or you have no iPad tomorrow". 4 years of bedtime stresses has left my creative juices very dry on the bedtime front.

We have an appointment with a paediatrician in early November to look at markers for FASD to see if this might be what is causing Katie many of her challenges. It does still feel like life is a daily battle but I'm also mindful of the fact that we are under so much stress as a family due to the house build that it would be unfair to lay all the blame at Katie's feet for her behaviour. Moving home will hopefully long term start to iron some of those issues out. As a family I hope it starts to iron out a lot of wrinkles if I'm honest.

Pip is coming along in leaps and bounds. He utterly adores his pre-school and can't wait to be there every week. He's smiley and happy and generally quite easy (just not easy to keep up with). His 3rd birthday party was an absolute success (as was his Herbie birthday cake) and it was wonderful to see my little party animal having fun with his friends from the childminders and pre-school.  My fears about him leaving me to go into childcare were unfounded and he has improved in so many areas as a result of attending. Our main success has been in his speech which has rocketed over the past 6 months from only a few words to speaking in full sentences with a great degree of clarity and imagination. At his recent 3 year check he was signed off as being fully age appropriate in all areas. Considering he was 7 months behind in a lot of areas only 6 months ago this is brilliant. No, he's not potty trained yet but I'll let him over achieve in other areas and worry not about it. We'll get there on that one when I have the mental capacity to cope with it (and I'm not running back and forwards from a building site). What's interesting when comparing my children's behaviour and development is that generally I would trust Pip to make more sensible choices about good behaviour than Katie. Considering I am comparing a 3 year old with a nearly 8 year old that is very telling. My main concern though is that Pip copies Katie and she encourages him to misbehave and I'm left dealing with two children mocking me and refusing to do anything they are told. Katie can be totally fine and then a switch flicks and she almost turns into another child. She's utterly hyper, generally screaming and giggling manically and turning upside down doing head stands. I sometimes watch to see if her head will spin Omen style. There's no reaching her when she's like that. Pip thinks it's funny and copies her and I watch Katie include and encourage him to behave like her. I've been having to separate them for a period of time to try and regroup and regain some calm but (in the words of Hugh Grant in Four Weddings and a Funeral) it's not achieved without real suffering.

I've observed that Pip's capacity to retain and understand the outcomes of his behaviour far surpasses Katie's. Only recently after he spent a few minutes in time out for deliberately throwing fruit juice all over the table he was able to discuss what happened several hours later with me, something Katie is rarely able to do. This sort of thing makes me realise that I'm not over-exaggerating Katie's behavioural responses and comprehension of that behaviour. I think Pip takes far more ownership of his behaviour than Katie is able to. Thinking about that makes me incredibly sad for her and angry that someone else's choices have messed with the wiring in her brain and caused those challenges.

I was looking forward to half term this week (notice the use of the past tense).  It started really well but then it nosedived after Tuesday. We had two lovely days with friends but Katie's overstimulation (I think) as a result resulted in very hyper and challenging behaviour for the rest of the week and weekend which sadly Pip started copying and becoming overstimulated by. There were moments over the weekend where the frustration at Katie bouncing about seemingly deliberately being hyper and rude where I've just wanted to turn tail and find a dark corner to hide in.  Thank heavens for school restarting that's all I can say. Despite being anxious about returning I did have a much happier daughter who came home from school today. I'll dream of it all being better at the Christmas break whilst knowing that, if I look back over blog posts from Christmas past, the excitement and build up of the festive season is often a bit too much to handle. Maybe Santa will bring us a happy and settled Christmas this year back in our lovely new home. I think we deserve it.