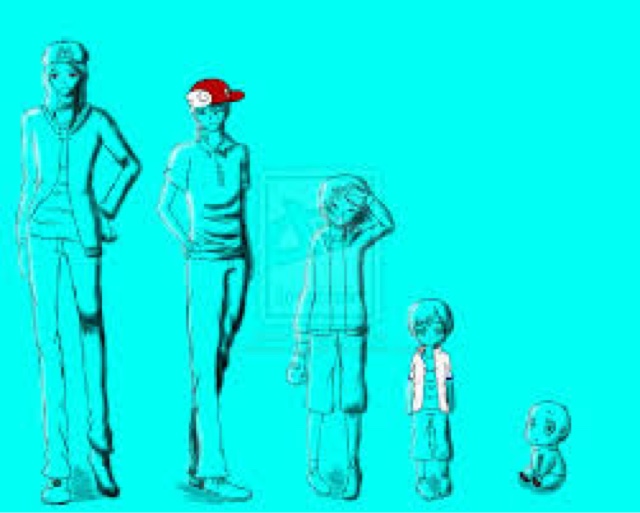 I'm sitting again in Pip's room waiting for him to sleep. This is currently my reflection time. If I'm honest I use this time to escape from the rest of the house for a while. If I'm brutally honest I don't mind when he takes half and hour to settle because it gives me time to quieten down and regain some equilibrium before settling Katie back down.

We're nearly two weeks back home and regression has reared its ugly head for both children. One regressed Katie is mindblowingly stressful. Add to that a Pip who's become pre-verbal a lot of the time and I'm feeling in shock. I'm almost pre-verbal from the stress of it all on top of the ongoing house build and builders and other trades people in the house all day long.

I anticipated Katie would regress. At the moment Katie is like a hyper 2 year old with the attitude of a teenager. She speaks at breakneck speed often in baby talk; shouts all the time; is highly confrontational; whistles or sings when she's not talking; her muscles and limbs do not stop moving until she sleeps; she's highly controlling and non compliant with the odd bit of sweetness and gorgeousness thrown in. She threatened me with a pair of crutches she's been playing with today. They are now in the skip. It's a worry that she thinks it's ok to do that but she was in a hyper place where reason does not live at the time.  She's caught moluscum contagiosum and has patches of itchy spots over her shoulder and back and on her ankles. It's not pleasant for her and I'm concerned that other children will be mean to her. It can take up to 2 years to go. Her eczema has also developed on her elbow again so she has steroid cream and body cream to help it settle back down. Her whole system is clearly overloaded and I need to wrap my head around some Bach Flower Remedies to help her. I want to be a wonderful and supportive mum at this time of stress and distress for her but she makes it hard to be the mum I want to be. We are seeing the signs of the FASD so much more clearly now and trying hard to understand but there are times, I'm embarrassed to admit, when I find her behaviour so irritating and upsetting I want to scream like a toddler in frustration.

I don't know why but I didn't really anticipate Pip's regression. He moved easily to the other house and generally takes life in his stride but he's clearly not my happy Pip at the moment. He, too, is volatile and edgy and melting down in tantrums over anything and everything. He has moments of being normal Pip, full of love and cuddles and then suddenly the pre-verbal, baby-like screaming and sounds start. He's easier to reach and pull back though. I repeat his name until his reptilian brain lets his rational brain return. He responds to back rubbing and being asked to use his words; tickles and giggles can be used once he can hear me again. It's emotionally tiring though. I find it hard to engage my creative parenting brain when both children are bouncing off each other; to step back and see the bigger picture. 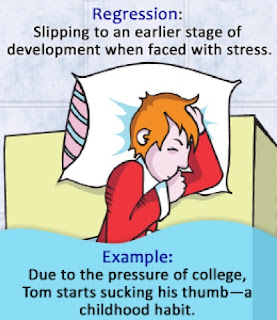 Both children have now said to me they don't want to be in this house and want to go back to the other house. I can understand it all. They've forgotten living here after so long away. They had settled in the other house and become used to the way of life there. We're in a much bigger house again now, a far cry from the tiny house we've been in. It's ironic because TCM and I are delighted to be back home, even with all the crazy. I'm honest enough to admit though that much of my own feelings and behaviour is similar to Katie begging the question who is mirroring who? I suspect, being the highly sensitive empath that I am, I'm mirroring her. I'm finding I'm speaking at breakneck speed and struggle to feel inwardly calm. I feel confrontational. I feel angry. I'm shouting at times. I'm almost at the end of my tether. I just want my house back. I've had enough. I'm struggling not to regress myself I think. Feeling overwhelmed will do that to a person I guess.

I know we will weather this. I know I can bring the children back up to reasonable ages again. I know time will pass and the memories of the other house (that I hated) will fade for us all and the joys of our new environment will embed themselves into all our psyches. We just need to form a holding pattern; keep to the routines and breathe and wait. I bravely told one of the mum's I trust at school about Katie's diagnosis. I feel I need someone to understand and I felt she did. It wasn't really a thought through decision though. It came on the back of another mum stopping me to say Katie had given her daughter (one of Katie's favourite friends) 6 Christmas cards. She was clearly bothered by it (the mum, not the child). What do you say? I just brushed it off and said Katie had found some cards and was sending them to her favourite friends. "It's just Katie being Katie" I said. It bothered me though. I was made to feel she was socially unacceptable. The mum was clearly uncomfortable although it's hardly the crime of the century. I joked that Katie wasn't stalking the other child but just being friendly and said to feel free to recycle the cards and left it at that. My fear though was whether this is where we start to see how Katie sees things differently and whether parents will think it's odd and distance themselves from us. I worry how Katie will feel if that happens. I worry that I'm just seeing trouble where trouble hasn't arrived. I felt confident the mum I spoke to would understand so I just blurted it all out. It's highlighted for me that I need to think carefully about my own fears. I'm a chameleon. I blend in. I've never been one for standing out too much.  I've been working hard on addressing this; understanding myself better and becoming more assertive; more able to stand my own ground. I will need to develop this fast if I'm going to help Katie. I've been thinking a lot about Bryan Post's theories of love and fear and can see how fear manipulates my responses far too much.

Pip has now been asleep for about 15 minutes. I've let Katie have her iPad to calm her down. I'm going to brave taking it from her and settling her down. My aim is to get as many early nights under their belts this week to help them heal.

As for me, I'm back on steroids for my asthma which means 5 days of little sleep for me as I take the course. Perfect timing. I might find some Rescue Remedies for me as well as the children.....
Email Post