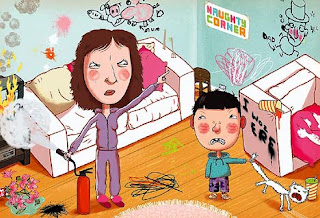 I'm not the first person to write a post on this topic.  The content isn't particularly original. It's a topic that will strike into the heart and frustration of every parent with either an adopted child or one with special needs, or both in our case.

Firstly I still struggle with thinking that Katie has special needs. I'm really not reconciled with her diagnosis of FASD and ADHD yet. I accept the diagnosis academically but am still coming to terms with what it means practically. I suspect I will always be coming to terms with it in one way or another. It seems that every day a little piece sinks in a bit more. For me speaking to other people about what's going on for Katie and at home can help me wrap my head around things. Over the past week or so I have had several conversations with other parents about Katie. They were conversations that were both helpful and frustrating in equal measures though.

Speaking to the parents of other 8 year old girls has given me some interesting insights. It seems that most 8 year old girls are mouthy, door slammy and generally disrespectful and dismissive of everything their parents say or ask them to do. This is reassuring. It's not just our house that has door protectors over the tops of the doors to prevent them being slammed shut. Other girls are needing deodorant highlighting that our little darlings are starting to go through some pre-puberty changes. That might also explain some of the high octane emotions flying around the rooms.

In many ways our house sounds like every other house with an 8 year old resident so I don't want to overplay the SEN card. In many ways Katie is a typical 8 year old. She has moved on from CBeebies and is now watching programmes like Sam and Cat; Liv and Maddie and Millie In-Between. She wants to be grown up and is soaking up the concepts of puberty in Disney Channel and Nick Jnr programmes. She has ideas of wearing fewer items of clothing to look cool and has a passion, bordering on desperation, for shoes with a heel. The difference is she doesn't always understand what she's watching or follow the storyline properly. She's only just starting to understand that the people in the TV programme are actors portraying a character and that it's not real. Having said that I'm sure a lot of the nuances of programmes I watched as a child went over my head as well. That's why I don't jump up and down about some of the lyrics of songs.  I still remember the day I finally understood what Frankie Goes to Hollywood meant when he sang "Relax".  I still sing the version "Relax, don't do it; when you want to suck a Chewit" so it's hardly surprising it took a while to sink in.

In our house though FASD and ADHD hyperactiveness; inattention; emotional frustration; anger; lack of comprehension; forgetfulness; non compliant and oppositional behaviour; rudeness and aggression add a layer onto these 8 year old normal reactions and behaviours that spiral the house and all its occupants into a fiery pit of frustration and desperation and leave me with a permanent knot of anxiety in my stomach.

The problem is it's just so hard to explain how intense it can be living in our house. The worry that kicks in from the moment my daughter's eyes open; being constantly ready for battle; having to constantly be one step ahead to try and offset an argument; thinking up creative ways of encouraging calm and compliant behaviour; trying to work out which battles to fight and which to ignore and feeling constantly stressed and on edge; having to go back on anti-depressants to try and calm down the anxiety that makes me feel more Meerkat than human. No matter how I explain it the reaction from each person I've spoken to recently was the ubiquitous "that just sounds like normal 8 year old behaviour" and I'm left feeling frustrated and overly dramatic and even questioning if I'm either imagining the severity of our experiences and simply just a totally ineffectual parent. I agree there is much that is "typical" about Katie's behaviour but equally there is a lot that isn't. 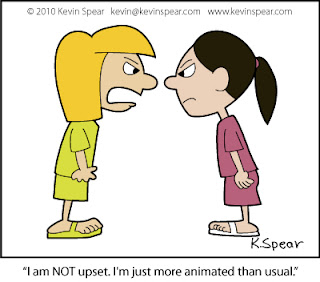 This whole issue frustrates the hell out of me and I end up feeling isolated, stupid and questioning myself. So just for the record here is a little list of the things I don't think all 8 year olds do. Feel free to point out which ones you think I've got wrong because I'd love to be reassured:

1. Not all 8 year olds scream and shout and have endless toddler tantrums.

2. Not all 8 year olds totally ignore everything they are asked to do unless the word "sweets" is involved.

3. Not all 8 year olds have the need to control every aspect of life around them with argumentative and aggressive consequences.

4. Not all 8 year olds bounce around and fidget and fiddle whenever they sit down.

5. Not all 8 year old find it impossible to sit through a meal without getting up and down constantly.

6. Not all 8 year olds find it impossible to follow more than one instruction at a time.

7. Not all 8 year olds need melatonin to enable them to sleep.

8. Not all 8 year old wash their hands until they are sore (most barely wash them at all).

9. Not all 8 year olds worry incessantly about being sick and the sell by dates of food.

10. Not all 8 year olds get fixated on a topic and ask questions endlessly (for days) on it.

11. Not all 8 year olds are incapable of organising themselves to do anything (except cartwheels).

12. Not all 8 year olds are anxious about starting new work at school because they haven't understood what to do and don't handle transitions very well.

13. Not all 8 year olds require constant supervision to prevent them searching the cupboards or my handbag for sweets, cakes or lipsticks, despite being told not to do it.

14. Not all 8 year old will lie about everything.

15. Not all 8 year olds will tell you confabulations where they've become confused about things that have happened or they've been told during their day and think it's happened to them.

16. Not all 8 year olds need a time warning before starting or stopping most things including having a bath or a meal.

17. Not all 8 year olds will point blank refuse to do anything they've been asked to do.

18. Not all 8 year olds forget the maths they have learned repeatedly, then remember it another day only to forget it again the next day.

19. Not all 8 year olds get sensory overload and hyperstimulation from too many things happening in one day and too much going on around them including colours and sounds.

20. Not all 8 year olds spit in your face when they are angry.

21. Not all 8 year olds punch and kick when they are angry.

22. Not all 8 year olds struggle to spend any time alone.

23. Not all 8 year olds struggle to amuse themselves or access their imagination.

25. Not all 8 year olds have had their brain damaged by someone choosing to drink alcohol during their pregnancy.

These are just a few of the things that my daughter does that other typical 8 year olds do not do.

No, she is not just like any other typical 8 year old. Sadly I suspect she will never be a "typical" any age and I wish people could understand that. I wish people wouldn't smugly tell me that she's behaved well for them because I know that the effort she needed to use to behave so well means that she will have none left for when she is at home. I'm delighted she has behaved well but that isn't a reflection of our lives.

It is really helpful for me to hear what other 8 year olds are doing but I wish people wouldn't dismiss what we're all going through as the same as everyone else.

What are your experiences of 8 year old girls?  Thank you for sharing....