My darling son is becoming quite the picky Pip just lately. It's quirky and funny and frustrating all in one little pickle parcel.  For all Katie's "issues" she was quite amenable for me to choose her clothing at aged 4, but not Pip.  He knows what he wants and he will stand up for his right.......

First he started being very choosy about his PJ's.  It's quite the selection process watching him decide which tops feel soft enough to adorn his little body in bed bed. Piles of discarded tops and PJ bottoms are thrown on the floor for me to put away again.  During the very hot spell in the recent summer he insisted on wearing full length PJ's to bed "in case he got cold"

More recently he started rejecting jeans and trousers in favour of soft joggers (classy!).  In all honesty, because he's been very slow to potty train, joggers are easy to get on and off especially that now he has to get himself changed if he wets himself.  Pulling off some tight jeans that are soggy with pee is not my idea of a good time I can tell you. 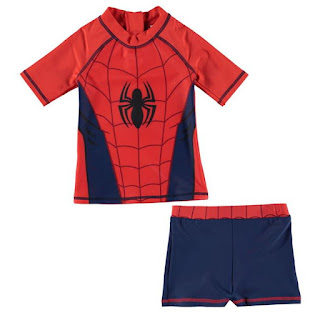 The funniest argument we are now having is over swimwear.  Pip has been having toddler swimming lessons for nearly a year. There's not much swimming involved in Pip's case and an awful lot of bouncing up and down splashing the water everywhere or disappearing away from his little class to go and explore.  His teacher calls him constantly to return (a bit like I do all day long). Every single boy in his class wears swimming shorts now but Pip insists on wearing an all in one type of affair that you would normally put on children in the summer to protect them from the sun.  He will NOT wear trunks.  He will NOT go in the pool without wearing his swimming T-shirt thing.  He will NOT take off his swimming costume for a shower unless everyone else has left the shower area. He's mortified if anyone else sees him less than dressed. I've tried pushing the issues with him but he genuinely panics. If it wasn't for the fact that he would happily spend hours in the shower at home all nudie I would question whether this was a sensory issue.

The other stuff I will put down to sensory difficulties.  He likes soft things against his skin. So do I!  I hate feeling trussied up and unable to breathe.  I remember the dresses in the 1970's with the elasticated top halves which felt like ants crawling up and down my skin.  I can't cope with jumpers that are woolly and fluffy as they irritate my skin. I hate dressing up and live in my jeans all the time. I don't make a fanfare about it though so I don't think it's learned behaviour. Katie is the complete oppositie, she loves being dressed up. 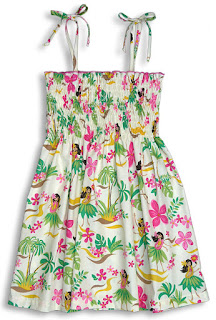 So is this just a phase?  Children do love their phases don't they?  Or is there more under the surface? He has a large birthmark that I wondered whether he was sensitive about. No-body mentions it at home though (apart from Katie occasionally when she wants to be mean) so I'm not sure how aware of it he is.  It will remain to be seen.  He's a 4 year old living in a highly controlling house.  He lives with Katie doing all she can to control her life and the mood in the house with her behaviour.  He lives with me trying to control Katie and counterbalance all the controlling behaviour.  It's not really a surprise he's decided to join in the party and do a little controlling of his own.  What I'm now trying to do decide is whether I just let it all go and ignore it all or push the issue.  The issue of the swimming costume is fast becoming an issue of size because he's pretty much grown out of his current one and I either need to give in and buy a new one or just wait until it gets too small to get his head into (already becoming an issue) and see if he decides he doesn't want to wear it anymore.

Life is never dull is it?  Has anyone else had this issue with their little one? Did they just grow out of it? I don't think we're in autistic territory here but do wonder if there are sensory issues at play.
Email Post
Labels: Sensory Issues