How many times a day do you throw your hands up in the air in pure frustration or mentally scream inside your head exasperated? I don't think I'd even like to count how many times a day I do this.  All I know is that inside my head it feels like there's a washing machine constantly churning around an endless bundle of negative emotions.  Half the time I don't even think there are identifiable thoughts any more - it's all so jumbled up now that I can't actually pull any of them out to check over.

I was talking to a friend recently about parenting (I sometimes wonder if that's all I ever do!).  I like to pick up tips and see how other people do it.  Personally I feel like I've lost the parenting plot a lot of time and I realise that I'm feeling way too serious about it all and not really enjoying the time I have with my children.

In my defence my time with my children generally involves Katie calling Pip a "butt-hole" or shouting at him to get away from her (unless she wants to play with him of course).  More recently she's discovered the word "bitch" so that's a new level of name calling currently in use.  We've already been and done the "F" word last year.  Mostly she's bored of that one now which is a relief. I do know that Katie doesn't use these words at school - she has at least that much sense - but Pip doesn't have that filter yet as he's only 4. I'm dreading the day when I'm pulled aside to be told he's taught some poor unsuspecting child some colourful new words.  I either spend my days telling them not to call each other names or telling them to stop harassing the poor kittens or not to throw things at each other.  I'm sure I'm exaggerating.  There are some musical interludes of whale song and playful dolphins but my stress levels suggest they aren't as plentiful as I would like.

My friend is able to parent her child with logic, reason, some wonderful reverse psychology and lots of humour.  I don't even know where my humour has gone to hide at the moment.  Being "playful" about my parenting when I'm being thumped or screamed at or totally being ignored when I'm asking either of the children to do anything quickly becomes a state of mind that I am unable to access.  How can you be playful when you've asked someone to put their shoes on 20 times or have argued that "yes you do need a coat because it's almost winter/it's raining/it's chilly"  I'm fed up with asking Katie to clean her teeth and then having to police it because she'll just use mouthwash (in fairness I used to pretend to clean my teeth when I was younger too). How can you be playful when you've called your child 10 times and they are pointedly ignoring you for whatever reason they have in that moment? Why do we feel this need to defy our parents requests at every turn?  For me that's the issue in our house.  It's the defying at every turn.  I don't think my children do anything they are asked to do the first, second third, fourth, fifth, sixth, seventh etc time - unless it involves sweets. 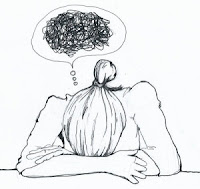 So, tell me, are we the exception or the norm?  Am I turning into one of those parents that is pitiful, who has to scream to get anything done and loses all authority and respect in the meantime?  Is it just me? I am not naturally that person.  I can be a bit controlling and like things doing the way I like them done and a bit of a know it all (I'm a Taurean I'm afraid - it's in  my stars!).  I am very kind and caring however and will do anything for anyone and frequently end up rushing about because I do a little bit too much of that. I'm a bit of a hippy in many ways and often describe myself as tie dyed without the tie dye.  I want peace and harmony in the world.  I'm a Reiki healer.  I don't feel the slightest bit spiritual in my house though I can tell you that for nothing and it flies in the face of everything that I am and I'm at a loss to know how I can parent in the face of such opposition and still maintain my integrity and the person that I am.  My neighbours would probably die laughing if they knew I do healing with the amount of arguing they can hear from our house. My friend said to me that she felt that I was shouting "listen to me" and she's right.  Generally when someone says something to you and you feel like crying it means it's hit a raw nerve.  Much of that is my stuff - I can't lay that on the children.  It's all the result of a difficult childhood etc etc etc. I'm bored with dealing with the effects from my childhood if I'm honest. If I could make a bonfire of all my residue issues and burn the lot of them then I would. I've had enough counselling to sink a battle ship and I don't think under normal circumstances these issues would be more than a passing niggle.

It's the "under normal circumstances" bit though that's the problem.  These are not normal times.  My house doesn't feel normal - or is it like this for all parents?  People never admit what it's like in their house.  Why is that? We could all normalise so much if we could talk openly. Generally I feel that I am a strong woman. I've come through a lot of stuff over the years and I'm still standing and functioning well. I'm at a loss to know how to deal with some of these fundamental issues with the children though. My friend has a tactic of just walking away in the fact of such behaviours or making fun of tantrums. I know I try and reason with the children too much and I know I need to use fewer words. I'm a communicator though. It's in my blood! I like to know why I can't do something so that I can decide if the reason is a good enough one or not. The problem with being an adoptive parent these days is that there is so much information coming out about parenting and it's often conflicting that we end up worrying about doing the wrong thing.  Will walking away and ignoring your child spark feelings of shame and worthlessness or exacerbate attachment problems?  Will sending your child to their room for bad behaviour make them feel too excluded and unwanted? Will forcing your child to do homework lead to some mental breakdown (most likely mine!)? As another friend highlighted on an adoption parenting group I belong to shame is often what inspires us to behave well or reflect on things that we've done.  That is how we learn. That is a refreshing point of view. 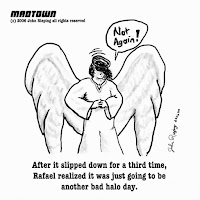 As a parent I often feel totally deskilled.  It's all very hit and miss.  Some days I do well and some days I don't.  As much as anything that it linked to the mood Katie happens to be in that day.  After a recent CAMHS assessment we have been offered a parenting course for ADHD.  I'll go on it with an open mind; try not to feel too judged, and see what they say.  I do wonder if I inflame things too much by not distracting or de-esculating Katie. Half the time I'm too exhausted to even see it coming if I'm honest let alone finding a playful way of handling things.  My head already hurts from over thinking just about everything as it is. I'm trying to ignore the little stuff (there is a massive volume of little stuff though, it's hard to ignore it). I'm trying to give lots of positive praise where I can. I don't want my children to feel that they can't breathe without getting into trouble but equally I'd like them to just put their friggin coats and shoes on when asked and maybe if we weren't so caught up in the small stuff we could cope with the bigger stuff a bit better. I'm haven't even started on the stress I feel every time I go to use something that has been stolen. I now lock stuff away in a cupboard so keep some things away from Katie.

For the most part Pip is easier to parent than Katie.  His capacity to rationalise, reflect and understand is greater than Katie's.  Katie is stuck in oppositional mode most of the time.  She wants to just do the opposite of everything she's asked to do. Pip is often concerned about whether he is behaving well (except when he's arguing about his coat or throwing things at me because he doesn't want to go to bed). Katie is not like my friend's son who will learn from a negative experience - Katie would just go right out there and do it again - the joys of FASD. Neither child seems to get that the outcome is always the same no matter how much they argue. Shoes and coats are always worn; teeth are always cleaned eventually after being threatened with no sweets for a year! We do get there but it's at the cost of my own mental health.  I feel so stressed by the time the school run is over.  Is that just me having unrealistic expectations and taking it all a little bit too personally? How do I find a playful approach to these issues?  If I could find it for these things maybe I could find it for other things.

Answers on a postcard (or the comments section below) would be welcomed please.....