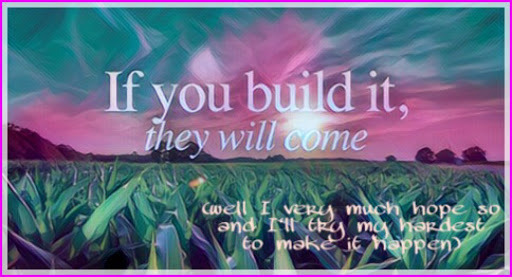 I feel like I should start this post with a confession. Forgive me universe for I have sinned. I haven't blogged in several months. Having written this blog no for nigh on seven years with my focus mainly on family life my creativity has been redirected for a little while as I set up my new business doing Reiki and (soon) Indian Head Massage. I've been creating a website and touting my wares on Facebook getting things going and been busy running a group on Facebook as well. It's been fairly intense at home what with one thing and another and I've not had the time or energy to write. The trouble is when you stop writing it gets harder to start again because the flow and continuity is lost and you don't know where to start. I've been so busy and exhausted and mentally overloaded I've not even felt the inclination to write.

I've started getting people through my door for Reiki which is fantastic. Even more fantastic is that many of the people who have come are recommending me to others. Rome wasn't built in a day and it takes time to establish a new business so I'm having to find avenues for advertising and keep my dream of offering Reiki at an affordable price to as many people as possible.  I'm hoping and praying that people will come but am very realistic about the time and effort it will take so I'm also typing and transcribing as well. I'm reminded of the saying about the man asking God repeatedly to win the lottery and after six months of listening God asks the man to buy flippin a lottery ticket. You have to be in it to win it and make your own effort to succeed. This has been my dream for years and I have to give it a go otherwise I'll always wonder.

So, as you can see, life has just been too busy to write. There's been stuff going on as there always is. Some good and some more challenging. Katie is making fantastic progress at school. Her concentration and work output is improving. I'm putting it down in part to a little maturity and also to learning to drum as part of her Rocksteady band. She's quite the little drummer, so much so that she's now doing vocals and drumming at the same time. She's also just been selected for gymnastics squad which involves training three times a week. We couldn't be prouder of her achievement because it took a massive amount of bravery on her part to even try out for squad.  She missed the first deadline because she got so stressed about the decision.  Luckily she had another chance, a big part of that I think is the belief that her coach has in her.  Her coach really gets Katie due to a shared background and supports her a lot.  The results are a much more confident gymnast who has just passed her Bronze Fitness badge!  The training is having a fantastic impact on her sleeping. Last night she slept for 12 hours straight and has her first sore muscles, poor thing. I couldn't do what the squad kids do in their conditioning sessions. I doubt I'd get out of bed ever again!!! We had a panic blip where her low self esteem, FASD anxiety and fixed thinking took hold and mixed itself up with a massive dose of "I can't do it!". We rode the crescendo of her worry and had a change of plan about who was taking her to her second session so she felt secure and a weary smile with pink cheeks was found when I collected her, her enthusiasm and confidence restored. One of the things I find very challenging with Katie is having to force her to ride through her anxiety and out the other side where she realises she can do it. When you're faced with rigid thinking on the matter I feel like I'm the most evil parent in the world for urging her forward. She cannot see for herself the confidence I have in her and, like many of us, fights against the urge to stay where she feels safe.  Most of what she said to me about it was unrepeatable. Holding onto confidence in my parenting strategy is challenging, as is staying calm in the heat of the storm of conflicting emotions thrown at me. We've come through it though and the other side of the storm is happier.

Pip is emotional in the extreme currently as he prepares to leave pre-school and start big school. Excitement at the step forward is mixed with sadness at leaving and a regression to babyhood and probably revisiting the trauma of being adopted. He's crawling and talking baby talk; screaming and shouting and pretending to be a dog a lot of the time. He's still not entirely dry and stress exacerbates that. Lots of sleep, cuddles, close time and firm boundaries are helping but these are accompanied by a relentless waft of pee and lots of shouting; throwing stuff and hysterical crying. The summer term is rarely easy.

I'm hoping to get back to writing a bit more as I settle into a rhythm of working and attempting housework around that. Once Pip starts school I will have more time to play with and that will be a new era for me.  After a seven year break from working it's an adjustment in many ways. I like the feeling of doing something that is about who I intrinsically am as a person and my dreams though.


In other news keep a watch out because we will have a new feature here on the blog as the lovely RB who is an adoptee soon to start college who will be writing about her experiences of having an attachment disorder and her life as a young adopted person. I'm very excited to be able to share some of her very honest, eloquent and powerful writing. I'm learning so much about my own children from what she writes and I have no doubt that everyone who reads my blog will find her thoughts very beneficial.

Well, that's it from me for the moment. The crazy is building here again as Katie is haranguing me over setting up my old phone fir her to use and anyone with a child (and especially a child with FASD) knows that fixed mind thinking is very hard to ignore. This will all be achieved with the background noise of Pip thumping the drums and hollering something Ed Sheeran related at the top of his voice.

I chose a great time to give up wine and chocolate didn't I?
Email Post