Back to Familiar Territory!
I was lulled into a false sense of security clearly by the first part of this week. Maybe being busier was the key to happier children? Maybe being out of the house where I could control food intake might be the key? Maybe me having a sickness bug for the past 2 days has impacted on everyone, bringing those insecurities to the fore front? Maybe I’ve woken to find myself living in an upside down world where everything I knew about my children is reversed?
One thing I do now know beyond a shadow of a doubt is Pip cannot cope with too much sugar. Nope he certainly can’t. I will just add that I’m a relatively sensible parent who attempts to ensure some dietary balance but hands up who else has children who steal sugary things? You are not alone! It’s very common amongst adopted children and probably children all over the world given half the chance. Speaking of halves let’s just say half a jar of chocolate spread eaten with a spoon in his den turned my 5 year old into a nutter. Well that was what I thought it was initially but it turns out it was half a jar of chocolate spread and several chocolate brioches stolen from the cupboards. That’s the thanks you get for stocking the cupboards after a trip to the new Aldi.
So what did we get for our money? Only a child who totally lost the plot and was off his face, completely gone. He was throwing things, kicking and punching, totally unable to comply with any request to do anything. It was joyous! Money well spent I say! Well, no I don’t actually. Mostly I’m just tending the bruises from having marbles thrown at me (and from the rest of the thrown toys that have now been confiscated from his room).  I’d like to say this was an isolated incident but aggression has been an issue over the past few months and the knock on to today of last night has been more belligerence and antisocial behaviour. Lots of early to bed’s for you Master Pip I think!
We went to a nearby pub that had a visiting petting zoo this afternoon. We were supposed to be having some furry cuddles and then having some dinner. I was keen to try out their gluten free menu now I’m able to eat again. The animal cuddles part went very well proving that gentleness is possible.  They had the most adorable pigs you’ve ever seen called a kunekune (pronounced kuni kuni). They were so sweet and so pretty (yes I did just call a pig pretty).  I bumped into a friend and left TCM in charge of the children which was nice for me but not so nice for him it turned out. We didn’t end up staying for dinner as both children refused to come into the pub to order food and then both kicked off when we left complaining they were hungry because they hadn’t had dinner. I love a no win situation! There was no way we were staying because it would have been a public disaster. So, Pip ran off in the car park and threw stones at me and then hit me with his umbrella when I tried to put him in his car seat. We made it home with one stop on the way after Pip grabbed my bag and threw it at me whilst I was driving and I made homemade mac and cheese (which was what Katie had wanted at the pub apparently). Mine was probably as good if not better than the pub anyway (this was the opinion of the children, bless them) so I guess we saved ourselves £40. Bathtime involved the bathroom being almost flooded and the remainder of the marbles were confiscated at bedtime for reasons very similar to the previous night.
However the pictures that made it onto Facebook are... 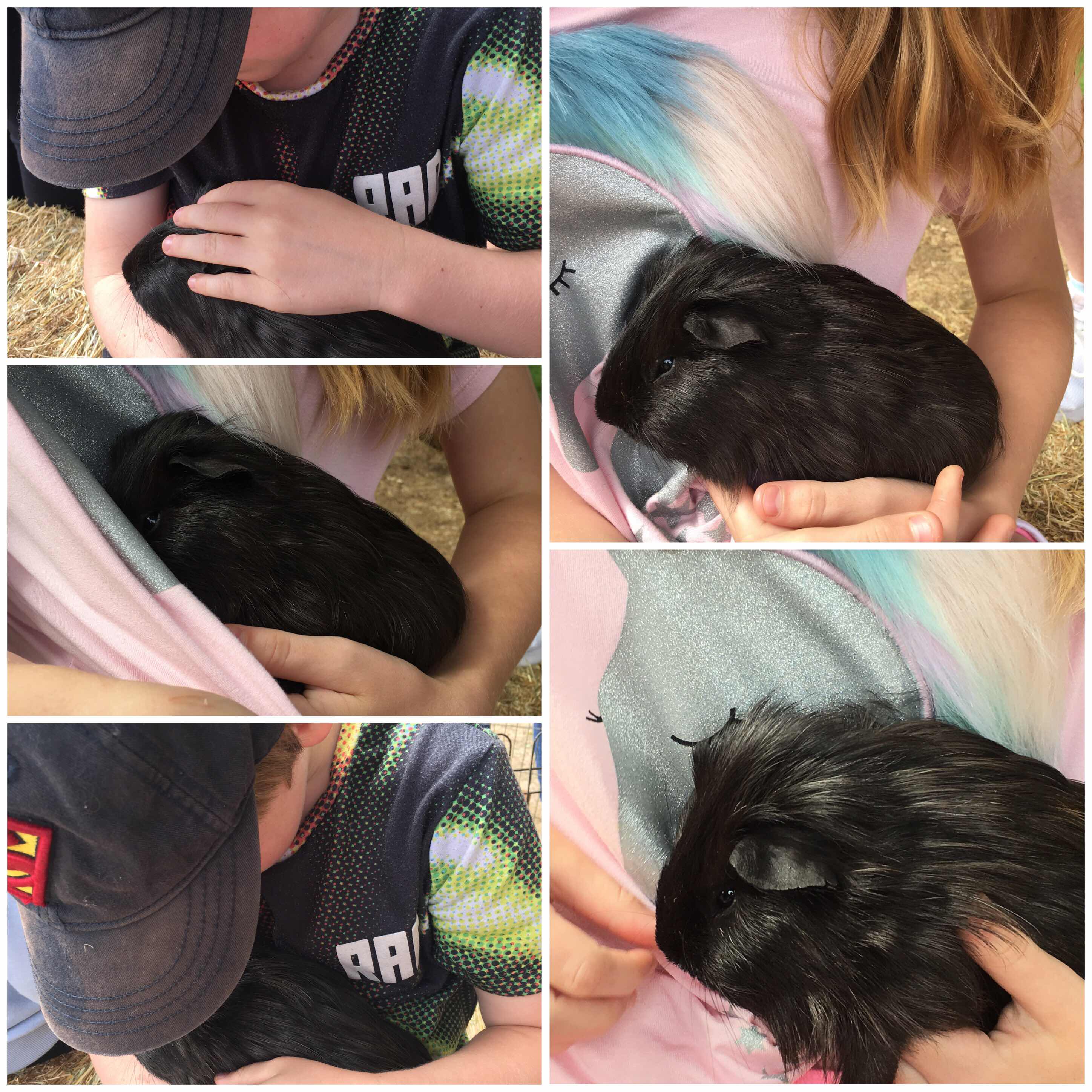 Lovely, cute pictures aren’t they? Would you guess all the above was today based on these pictures?
I didn’t think so.
How are your holidays going? 💕
Email Post
Labels: ADHD adoption FASD parenting Summer Holidays