A Tale of a Pandemic and Two EHCP’s 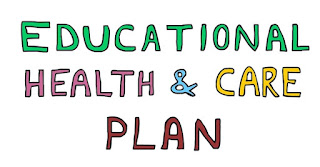 Here in the UK we have a programme called an Education Health Care Plan (EHCP). In my day they were called Statements and they are essentially a document that contains a commitment towards a pupil for educational support. They cover education, health and psychological well-being. An EHCP is only accessible via a country council SEN department and the application for the plan is generally supported by the school the pupil is at. Trying to get an EHCP for your child can be an arduous process. The really frustrating thing is that, unless your child starts school with a difficulty that requires a specialist school and an obvious EHCP, your child has to fail in school before a plan can be applied for. The even more frustrating thing is that by the time your child is failing and then the added time it takes to go through the assessment and writing process there’s a very good chance your child will have already disengaged from school. The really annoying thing is because schools have to part-fund the EHCP they are reluctant to apply for one.

I first asked Katie’s school for an EHCP when she was 8 years old. She’d had her first diagnoses of FASD and ADHD and I could see her struggling in school and I knew as she progressed through the schools years she would struggle more and more. I was refused. I asked again several times because as she grew ever closer to leaving junior school I knew she would not cope well in secondary school. At the end of Year 5 she was also diagnosed with autism with PDA (Pathological Demand Avoidance) tendencies. The prognosis in secondary school for PDA isn’t overly optimistic so I asked again. The answer again was no because the current school was meeting her needs. She wasn’t failing enough to warrant an application. She started secondary school and from day one it started to go wrong for her. Secondary schools are larger than juniors with more pupils with more moving about from class to class. Lots of things to organise. It can be overwhelming for a neurotypical child. Katie, with all her complexities, struggled. She immediately had friendship issues that led to her being bullied. She struggled to get up in the mornings. Avoidance became her only defence. Anger and overwhelm became prominent. We started meeting with the school SENCO but by the time the pandemic hit we were already in free fall. The first lockdown offered a welcome respite from the daily school routine. Katie took to her bed however because of the sudden change due to a world that had shifted on its axis. She couldn’t manage the school work that was pinging on my phone throughout the day. Just like that, she totally disengaged.

The pandemic triggered developmental trauma in both children. People stopped being predictable. Faces became covered and they felt more scary to the children. Katie refused to leave the house. Pip climbed the walls. I was grateful for a warm spring so the children could play outside in the pool. We gave up on school work and tried to relax. I spent time reading with Pip and some anxieties I’d had about his reading and writing before the pandemic took a clearer form. I became convinced Pip had dyslexia.  His school said I was mistaken.

During the first lockdown Katie’s school agreed she would need an EHCP so in July 2020 her application went into county. It wasn’t until January 2021 that we were notified it had been approved. We waited optimistically for her plan to be written. We waited some more and nothing materialised. It wasn’t until July 2021 after I escalated things via the Virtual School that we finally received a draft. A draft that was woefully inadequate. We rejected it and asked for it to be rewritten. Months passed. I provided updates and a new plan was finally rewritten. It was missing the updates that had been asked for. I repeatedly contacted the department to speak to someone but there was total radio silence. The school’s reopened in September 2020. Katie tried to go back to school but within 3 weeks it all became too much and she refused to get up to go in.

In the meantime Pip had transitioned into Year 3. He had refused to go into school throughout the lockdowns despite being allowed to as a vulnerable child. He couldn’t handle the school feeling different, the teachers reacting differently and the bubbles of children. He received no transition to his new junior school for Year 3 due to,social,distancing. He started on a part-time timetable but anxiety quickly overtook him and he also started to refuse to go in. By half term in October 2020 both children were home totally disengaged.

We were lucky to get some funding from the Adoption Support Fund (ASF) for an Occupational Therapist. She was unable to work face to face however so was unable to work with Katie whom we both felt needed face to face support. She focussed her allocated time with us on Pip. She did various remote assessments and linked in with his school. She agreed he was not only visually dyslexic but also phonologically dyslexic which also affected Pip’s ability to write what is in his mind. His emotional needs were recognised. It is clear he had developmental trauma and ADHD at the very least. We tried to get him into school for 30 minutes a day but it became very apparent he would need a lot of support to overcome the impact of the lockdowns on his ability to attend school. Finally school agreed to apply for an EHCP and the application went in in June 2021. By October 2021 we had received a draft plan, which was also rejected and a rewrite requested.

In May 2021 Katie’s school were able to secure her a place in a nearby specialist provision for pupils with anxiety and school based anxiety linked to our local Education Centre. This provision has been wonderful and Katie is currently going there for an hour and a quarter per day. This placement will end however at Easter this year because she now finally has a rewritten EHCP. It arrived a full year after the first draft and so far had taken over 18 months to achieve. Two years of her school life has been missed. In that time we have accessed more funding from ASF for input from a specialist autism provision. Their report has filtered into the new EHCP.  We’re still not fully there yet because we now have to again agree to the contents of the new plan and county are looking for a school placement for her. She is still on role at her original secondary school and they have agreed that they are unable to meet her needs. Her vulnerability and anxiety has only increased after two years of being home. Mainstream secondary is unable to offer the support she needs for her, now, very complex needs. We have requested a specialist school for pupils with autism and are now in a two week wait to see if county will agree or if they will offer another (less expensive) school. This is not yet a done deal and even if we are able to get approval for this school, we still have a transition to manage.

We have decided that Pip’s EHCP will be set up within his current school. He has friends there and I’m concerned another loss will be too much for him, so we will continue to try to help him stay in his current school. This is despite the fact that over the past year he still is often only able to stay for 30 minutes, sometimes an hour and sometimes a whole afternoon. His school are learning about developmental trauma and the impact this has on him and how quickly he can shift from seeming confident to hiding under a table or running out of school. He struggles to leave me. We have discussed a plan and his school now have funding to employ a member of staff to be his one-to-one. I’m hoping this will be a game changer. If not we will have to seek a specialist provision for him.

The pandemic has rendered an already previously overwhelmed system of assessment for EHCP completely unable to meet the need of the county. They are receiving over 200 applications for EHCP’s per week because so many children have been impacted by the pandemic. There are hugely long waiting lists for the Educational Psychologist’s who need to assess the pupils for the EHCP.  Children who previously might have held their own in school with some minor extra support can no longer cope. There aren’t placements available due to demand. We still don’t know yet if we will get the placement we’re hoping for for Katie. I’m trying not to project too many anxious emotions onto the potential response from county. I’m hoping that there is a space in the school we want and that funding will be available to make some amends for the endless delays we have experienced. The impact on us all has been huge. I’m exhausted and overwhelmed. Both my children are over two years behind now in their education and we don’t have confidence that we can pull back from this. Neither of my children cope with home education. Pip and I do Reading Eggs and Mathletics to try and keep him going but he needs someone else to teach him. I’m his rock and his place to feel safe. I cannot be everything else as well. Katie would never be able to do home learning. It would be a disaster. We have to hope and pray that once we finally get the plans in place that they work and we can start to take tentative steps forward. We are now 6 years on from when I first asked (and was denied) for a plan for Katie and 2 years on for Pip. It’s ridiculous.

Here is the UK government’s flow chart on EHCP’s. Support on the process can be accessed from your local SENDIASS team. 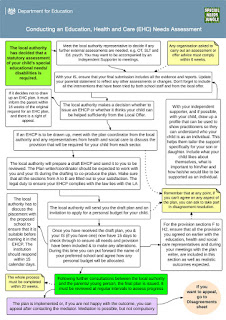