Parenting the child not the diagnoses…. 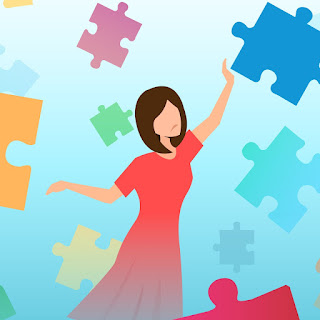 Having a child with multiple diagnoses makes life complicated when it comes to choosing a parenting style. Having two children with different diagnoses takes that to a whole new level because each child needs their own parenting tweaks and of course children soon pick up on differences.

It can be easy to get very focussed on the diagnoses our children receive. I can remember with Katie hoping that once we knew what her diagnoses were it would then help with understanding how best to parent her. Can I admit that I was wrong? I really didn’t, and if I’m brutally honest with myself, I still don’t. I’m still learning to just see her as Katie, not the diagnoses of FASD or ADHD or ASD, the PDA or even the developmental trauma. That’s a lot of acronyms and each diagnoses intertwines with another, often overlapping to the point when I often feel incredibly confused as to the origin of her behaviour or reactions. As a parent to a child with complex needs and reactions I’ve always wanted someone to tell me exactly how to respond to help parent her in the best way possible. I’m always mindful of all she’s been through but also painfully aware of how much the experiences we’ve had as a family may live inside her forever too, and not always for positive reasons. I am learning that there is no one size fits all for someone with multiple diagnosis and often less is more. I try to attempt to recognise which element of her complexity is stood in front of me and respond accordingly but I get it wrong as much as I get it right and frustration is a constant companion for us both. Parenting a 14 year old is a challenge only for the brave at the best of times. Parenting a young lady who can be chronologically 14 one minute and then become toddler-like when reacting from a trauma response or screaming due to overwhelm can leave me scratching my head trying to work out what to do.

I cannot imagine how it must feel to be Katie. I often wonder whether it feels as jumbled in her mind and body as it often appears from the outside attempting to look in. Throw in some pretty intense adolescent hormones to really add in a special bonus and both of us spend our days on tenterhooks. Most days I can’t do right for doing wrong. Autism shows up in her very fixed thinking and need to control absolutely everything in her surroundings (mind you so can developmental trauma). An innocent knock on her door to offer food or drink gets an instant “what do you want?” “Leave me alone” or “f*ck off” in a very loud voice that actually hurts my ears. She finds it hard to understand or care about anyone else’s perspective which can be incredibly hard to understand at times. Woe betide me when I attempt to bring about a change or even awareness in a specific behaviour. Apparently having a bath that lasts several hours in the middle of the night is totally acceptable although I can also appreciate the sensory hug she might gain from it. I’m not sure if that’s better or worse than being awake all night watching tv or being on her phone. Anxiety isn’t a great night companion and a refusal to take her melatonin isn’t good for either or our sleep patterns.

Trying to maintain a relationship with a teenager is complex for any parent but throw in all the added complications, plus I suspect a huge dollop of depression due to the pandemic and being bullied at school, and there is a melting pot of confusion for us both. If I can get through the day without silently shedding tears of frustration in the toilet then it’s a good day. Katie has always had fixations, sometimes around specific toys but more often than not around food or food labels. Her current fixation is around an anxiety of becoming fat so she is eating as little as possible and I’m watching her weight drop day by day with huge concern.

CAMHS (Child and Adolescent Mental Health Service) have the contract to deliver services such as diagnosing and supporting mental disorders such as depression and also offer a diagnostic service for ADHD, ASD, developmental trauma and eating disorders. The waiting list is currently around 2 years long (if you’re lucky) and there is no other route to them other than waiting. Both children have been waiting for a long time. Pip is waiting for assessments for ADHD and ASD. He has already been diagnosed with developmental trauma and dyslexia and bucket loads of school based anxiety. Reading and writing has become a phobia for him now, not helped by the pandemic. Katie needs help with anxiety and depression and now the issues around her eating. I’d say she’s now bordering on a diagnosis of an eating disorder or disordered eating but I’m hoping that we can turn it around with the right support, if that support arrives soon. We now have funding through the Adoption Support Fund (ASF) for support from a specialist autism centre to offer occupational therapy support to help with her anxiety and locked-in trauma. Katie is often in freeze mode, except when she flies out into fight mode, often with very little warning. Pip is due to start DDP therapy soon, with funding also from ASF now that I’ve completed the CAMHS workshops. I’m so grateful for the support of our Post Adoption Social Worker (PASW) who has been with us for a few years. She also arranged for funding for me to have access to a therapist weekly during the first lockdown period. The original aim was to support me with some parenting techniques for trauma related issues but really ended up with her mopping me up when Katie was having huge and often violent meltdowns at that time and she refused to leave the house for nearly a year and Pip was climbing the walls and I was drowning in all their chaos. I have been trying to follow a therapeutic parenting model for quite some time now with added PACE and a huge dollop of Dan Siegel’s “Name it to Tame It” and the “Flip the Lid” model using the hand. The latter seems to work better with Pip, in fact all these models seem to work more effectively with Pip. He generally seems to find it easier to follow my lead when I’m wondering about his feelings or being curious about his reactions. He enjoys spending time with me so there is an added incentive to respond to repairing any arguments or difficult moments he might have. Developmental trauma and its related anxiety affect him deeply.  We’re all agreed a diagnosis of ADHD will be coming just as soon as he reaches top of the list with CAMHS. I’m not sure about an additional autism diagnosis for Pip. Sometimes I feel yes and other times it’s a no. I felt the same about Katie though when she was younger. Now she’s older her diagnosis is more and more obvious. FASD could not be diagnosed for Pip due to lack of evidence in his permanence report. A familiar tale sadly amongst adopters. We know he would have been exposed to a variety of substances but there was little verbal evidence given at the time of his adoption. He really needs some help with the impact of his hyperactivity and anxiety. I’m not a fan of medication for children unless it’s really necessary but it all feels such a barrier to going into school for him now that I know we need to try it out. Melatonin has transformed his sleep which is at least one blessing.

So many families are struggling as a result of the decisions made in reaction to the pandemic. The sudden and unexpected changes put both my children into fight/flight/freeze and unable to access any education at all. School was no longer familiar and home has rarely been a place of homework so home education has been a challenge I’d much rather forget about. Sadly I’m still trying to do some daily basic learning with Pip to support his hour a day in school. It’s not achieved without real suffering. The interesting thing for me is that I’ve learned how to stand up and fight far more vocally for my children as a result of the past few years. I’m naturally someone who likes to make others feel comfortable but I’ve also learned that the school system is not my friend and we do not get what we don’t ask for. Sadly the schools are struggling to cope with the emotional needs of many, if not most of the children in their care. Emotional responses that were once familiar mostly to adopters and parents of children with additional needs are now being experienced by children who were previously settled and happy. In some ways those of us who have so much more depth of experience can offer guidance to schools as we attempt to explain what is needed to help our children become unlocked again. I’ve suggested to several parents now that they should anticipate their children to be at least 2 years delayed in their emotional development regarding playing with other children and to let go of expectations of sharing and mutual play. Pip reflected recently after a play date with a friend of his where he’d had a few emotional outbursts because they couldn’t agree on what to play that “we needed some time to work out how to play with each other mama’. I’d said the same to the child’s mum too.

The last 2 years have been a blessing and a curse. It gave us the opportunity to take time out from the demands of the education system. It took me a long time though to understand that we needed to do that and to stop trying to be Supermum. I worry daily about how far behind they are. Neither can cope with being homeschooled and neither enjoys being in school, which leaves us all a bit nowhere and wondering what that means for the future. I’m hoping the EHCP’s offer some magical wand waving support that transforms everything.

A girl can dream can’t she? If I couldn’t hold onto optimism currently then I’d be rocking in a corner all day long. I have no intention of doing that….just yet.