The Problems with Processing and the Internet…. 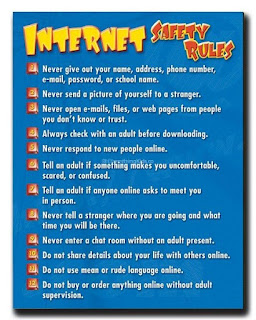 One of the things that I seem to spend an inordinate amount of time thinking about is how the children process information. I’d much rather not to have to spend lots of time pondering it. I’m sure there are other things to think about but when you have family members whose processing has challenges and can lead them into trouble inevitably trying to fathom it out and trying to explain it to others and preempt pitfalls becomes a preoccupation. Add in a teenage brain on top of that, with all the complexities that come with the brain during puberty, and you really can end up scratching your head and living in a state of huge anxiety.

It’s the ending up in trouble and where that might lead that causes me most concern. Trying to be one step ahead of their thinking. The sad realisation that, particularly for Katie, the damage to her brain from exposure to alcohol in the womb has left her virtually unable to process consequences and the anxiety of what that might mean as she grows into adulthood.

I’ve realised over the years that I can easily make assumptions about what Katie has understood mostly because it’s really difficult to imagine the extent to which some very basic processing is a challenge for her. I have one of those brains that doesn’t stop and rest very often and is always leaping about, making connections, thinking about things. I can see consequences like a map in my mind, a skill that has become even more honed since becoming a parent. As parents we suddenly see danger everywhere. We are often 10 steps ahead of our children as we attempt to keep them safe. It fascinates me that Katie can circumnavigate all my parental controls on the phone or iPad yet she will copy someone else’s actions without thought nearly every time because if they’re doing it’s ok for her to do it too. It’s been the same since she was 2 years old and is still the same now she is 14 years old. The thing is we expect a 2 year old to struggle to process outcomes but at 14 generally we anticipate some ability to understand right from wrong sufficiently enough to bring pause for thought and see where a decision might lead. That is the expectation of society.  Sadly this is often not the case for young people with FASD and it becomes dangerous especially when technology is involved. Katie struggles to stop and think about what might happen if she does something. She cannot see those steps or predict what an outcome might be. She does not understand that the law is absolute and overrides anything stupid other people might be doing and she might copy. The other problem is that Katie can appear to understand what is being said to her and people can assume she has taken it all on board. She’s so good at masking that it is often her undoing.

People often don’t believe me when I explain just how vulnerable she is because she can be quite articulate in her speech. Katie can’t see how vulnerable she is. Even I forget sometimes because I think she has understood and really taken on board my explanation. What I now know is that Katie processes only around 50% of what she hears and she has little ability to predict outcomes. When I explain something to her I have to be clear and concise. There can be no nuance.

The frustrating thing about life and rules are that they are full of nuance. There are lots of sub-rules and pieces of information we might take for granted would apply to the same rule. For example take the concept of stranger danger. We have a rule that Katie cannot talk to people in life and online that she doesn’t know in real life. That is clear and understandable and has come about because we learned the hard way what happens without those rules. She is able to understand how that works in person. When I have searched online for posters about online safety, even for people with SEN, there is key information missing and assumptions made that it is only strangers who are dangerous. This isn’t always the case. What about people she already knows and what they may request? What if someone she knows introduces her to someone they know? That is still someone she doesn’t know in real life but someone else already knows them. Are they then safe to talk to? To answer that question we need to know about the first friend. What boundaries might they have in order to then trust that someone they are introducing us to is safe to speak to? We might look stupid to the first friend if we say we don’t want to talk to that person because we don’t know them. That is a lot to navigate and it requires skill and confidence.

What happens if someone we know sends us an image of themselves and asks for one back?  What if it is our boyfriend or girlfriend? The posters often say don’t send an image of yourself to a stranger. We might feel under more pressure to send an image if we know the person. The rules aren’t as clear cut. We might be under the impression that everyone else is doing that because other people have told us that everyone else is doing that. We might not have the knowledge that most people are really just full of talk and we might not know how to stop and ask ourselves if this is something we want. We might not have the ability to understand what else could happen to that image once it is on someone else’s phone. We might think it is ok to forward an image sent to us if we tell a friend about it and they say they don’t believe us. We might not understand the seriousness of that action in the eyes of the law if that image is inappropriate. These are issues that many parents are now facing. Children today are exposed to information and images that my generation never even thought about. They carry the internet in their pockets. They can access so much information that their brains are not ready for and this can affect the development of their brain and of what they think is normal. This is challenging enough for a neurotypical young person but for a young person with FASD, Autism, ADHD and developmental trauma and sensory issues it’s a minefield that sadly often ends in a mess.

As the parent what do you do? Our children want to be like everyone else. They want a phone. They may find security in having a phone to be able to contact a parent. They want to fit in but they don’t have the skills and processing ability in their brains to navigate everything that goes with it. They see images of their peers on TikTok and think that’s how they should dress and act. They are young adults trying to be like everyone else with a developmental age that is much younger. As parents, if we prevent them joining in with their peers, we run the risk of alienating them from their friends and also from us. They are losing enrichment in their lives without the ability to form friendships. Friendships these days seem to require technology. Yet when we do often it will end in disaster. Often they attract the wrong type of friendships. People who sense their vulnerability and prey on that. We pick up the pieces time and again. Sadly the consequences of where this can lead can end in events where the pieces that cannot just be picked up and might even be lifelong. The vulnerability is terrifying and is something that most of us as parents simply aren’t equipped to navigate. Our ability to parent can be called into question. Safeguarding is a word as common in our vocabulary as TikTok or the dreaded Snapchat. Personally I feel Snapchat should not be allowed on any young person’s phone. It’s dangerous. The lack of permanency in the chat and images encourages risk taking. There is no record of what has been sent. Yet they all use it so our children want it too. WhatsApp is a thing of the past I’m told. Nobody used it anymore. Everyone uses Snapchat and this is how they keep in touch with each other. We ideally need a safer more accountable app with built in safety that young people can use with confidence and so we parents can feel more confident.

It’s a headache. It’s a headache that is ongoing and without respite. I doubt I’m alone when I say that it worries me so deeply. The implications are so concerning and these are experiences I now know all too well. Some of our experiences fill me with an anger that I don’t know how to manage. I want to change the world. I want to change how our young people communicate. I want them all to feel and be safer but I have no idea how to do that. Technology giants are far more powerful than I am and they care not a jot about the emotional welfare of our children and young people.