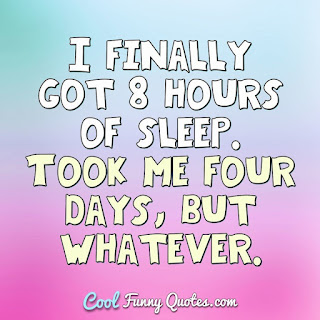 There is a song by The Barenaked Ladies called “Who needs sleep?” I often find the lyrics popping into my head around 1am when I’d love to be asleep but I am invariably attempting to get Katie to go to sleep and am being shouted at for my audacity.

Katie struggles with sleeping. She finds it really hard to close her eyes due to anxiety and a brain that won’t switch off. When she was younger she told me that when she closes her eyes there was nothing there. It was then I realised that her bedtime antics of refusing to get into bed and repeatedly getting up, running about, throwing all her toys and bedclothes off the bed etc was due to anxiety and the fact that her brain doesn’t produce sufficient melatonin to sleep easily. We battled until she was 8 years old and she finally received her first diagnoses of FASD and ADHD and she was prescribed melatonin. Overnight her sleeping changed. Mind you by then we had also adopted Pip who struggled to sleep deeply and would wake up at the slightest sound.

After adopting 2 children now I’ve noticed that it takes them around a year to sleep properly after they have moved in. Both of my children would wake very easily for that first year. We tried all the traditional sleep routines that might work for neurotypical children but for both children they didn’t work because the issue wasn’t behavioural, it was physical and also emotional. With Pip we eventually just brought him into our bed if he woke up because I realised that he needed that co-sleeping to feel safe. Both the children missed out on those experiences when they were babies and I feel it’s had a long effect on them.

Katie compliantly took melatonin when she was finally prescribed it until about two years ago (aged 12) when her teenage brain decided it knew better and she announced it made her feel funny the following day. This may well be true but is also exacerbated by taking it too late at night  This also wasn’t helped by the pandemic, going to bed later and the lack of school routine. Neither of the children coped with home learning when the schools were closed and neither has returned to full-time education due to the anxiety of school they both have and waiting for EHCP’s to be in place. Now she can easily stay awake all night long. I really can’t stay awake because I still have to get up in the morning and attempt to function whereas she can stay asleep until she feels like getting up. Before you judge and wonder why I’m not forcing her into and out of bed at a normal sort of time I will invite you to ponder on what it’s like to live a) with a teenager and b) with a teenager with a whole range of overlapping neurodiverse diagnoses who can become very aggressive and c) what a and b are like at 3am in the morning when the response from the teenager to you telling them is bedtime is a very unsavoury reply and there’s very little you can do about it (other than let them get on with it and just give in and go to sleep - and hope they grow out of it). Over the past week, since I first started writing this blog piece we’ve had a few events that have brought the issue of being awake all night really into focus. I’ve had to remove Katie’s phone and this has exacerbated her overnight anxiety. Once again she has agreed to take melatonin but is also coming into my bed to sleep because she feels so anxious during the night. I’m hoping that this period will help me reset her body clock and circadian rhythm and return us to a more healthy sleep pattern. We’re not asleep before 1am however still because of the length of time it takes her to settle even with melatonin. 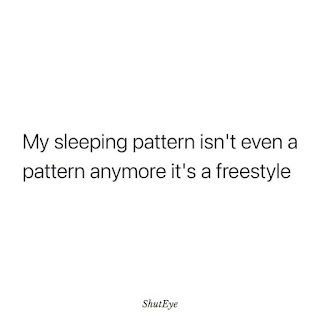 I feel very envious of the majority of my friends who tell me that they are heading off to bed at around 10pm. I feel irritated by people who tell me that every hour of sleep you get before midnight is worth two of every hour after midnight. I might also give the same unsavoury reply that I get from my daughter if you attempt to tell me that you are tired and not getting enough sleep if you’re able to get to bed before midnight. I have functioned on around 4-5 hours sleep a night for several years which for someone with CFS and fibromyalgia really isn’t ideal. I recently begged my GP for a prescription of amitriptyline to help with the fibro pain I get and one benefit is sleeping for a little longer in the mornings than I was but I still need to be going to bed much earlier than I’m currently able to.

As much as Katie likes to try the bravado approach with me I do suspect it isn’t great for her either at the moment. She’s not really in school and has no hobbies or interests. She’s lonely. She likes being in her bed (just not sleeping in it) and hiding from the world. It’s safer in her room. The impact of the pandemic hit her hard, not because she was anxious about the virus but because people changed. People became tense and unpredictable when we went out. The world outside the house became unsafe. The pandemic came as she was being bullied at school and provided a reason to hide from the world. It feels like we are still living in the pandemic in our house because of the anxieties of both children and the rigid thinking they both have around what they will and won’t do. My needs are small these days but I would love to get out for a daily walk. Life feels so much better after a walk. Trying to persuade my two out for a walk however is virtually pointless. We do get out for the occasional bowling or to see a friend but it isn’t easy.

Pip is also now on melatonin. He has recently also started a medication that he takes at night to help calm his anxiety. That makes him very sleepy quite quickly so bedtime for him is more straightforward these days. The hope is that we can calm his anxiety sufficiently to help him feel less anxious during the day and hopefully cope with being in school. Because he has developmental trauma CAMHS had to decide whether we take an ADHD approach or an anxiety approach. It’s hard with developmental trauma because this can bring symptoms and behaviours that look like ADHD and ASD. I’m still playing with the dose of his medication (with guidance from CAMHS) to find a balance between feeling calmer the next day but not sleepy. He also has a QB assessment soon to help with the ADHD diagnosis.

So in the meantime I will limp on watching the wrinkles form around my eyes and the shadows deepen underneath them. Everything is easier in the daytime when you’ve slept well at night and feel well rested. For me I sometimes feel like I’m existing. My energy is used up with meltdowns. Yesterday I’d navigated three meltdowns before Pip arrived atschool at 1:45pm. He currently only goes into school in the afternoons because, until school can employ someone to meet the needs of his EHCP they don’t have the staff to support him in the morning. Katie goes in at 11am until 12:15pm. Neither goes willingly and getting them there requires much negotiation and navigation of huge emotions. Neither is easy on 4-5 hours sleep really.

I hold onto hope that this won’t last forever. Nothing lasts forever. Everything changes shape over time. The children will get older and some of these issues will change too. Other issues will come instead. That’s the nature of life. I currently have plenty of time to ponder these spiritual and philosophical issues when I’m awake at night.