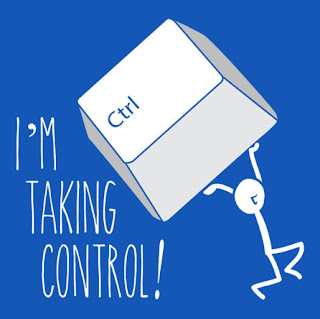 I've been feeling quite dispirited lately, mostly with education.  A few years ago if two children were out of full time education for nearly two years there would have been a lot of questions.  I'm grateful that we have a team of very supportive people around us and part-time timetables have been sanctioned but, with all the stress currently in UK schools with many schools struggling to have enough staff to actually teach each day, we have fallen between two stools.  This is worrying me a lot because I see both my children losing hope with their own education and feeling demotivated.

School brings with it huge anxiety for both Katie and Pip.  This isn't new.  It's not related to Covid (although that has exacerbated it a lot).  Pip suffers from school based anxiety which is linked to developmental trauma, anxiety and quite possibly ADHD and sensory overload.  Katie finds the whole school thing overwhelming due to sensory overload linked to all her diagnoses.  I started asking when she was in Year 4 (aged 8) for an EHCP and was told she didn't need one.  Sadly I knew secondary school would be the straw that broke the camel's back and, as ever, my predictive powers were proven to be correct.  Katie disengaged from school at the start of Year 8 and it is now nearly the end of Year 9.  During that time she has had little education and isn't currently on track to attain any GCSE's.  GCSE's aren't everything but when you have a girl who is capable of passing some of the exams it is soul destroying to watch her ability and light be diminished.  Katie has been attending a placement linked to an Education Centre which has been helpful in showing that she needed a setting that was small and offered very small group learning but has only been for one hour a day for nearly a year.  Ironically, now we have finally won our battle to get her EHCP the placement has to end because they cannot be named as a resource in an EHCP.  Where does that leave her?  Currently her EHCP is being held by the secondary school that she disengaged with in Year 8 and the option suggested has been that she goes into their Learning Centre for a few hours a week whilst we try and find a suitable school that can meet her needs.  I have found a school but the process to get a place is lengthy and not guaranteed so I will keep fighting that battle. Katie wasn't overly keen on the option of going back into her old school and was even less keen on this option when they said they'd like her to wear school uniform this week.  She's not worn school uniform since she disengaged and currently wears her own clothes to her placement.  I'm not overly happy either because her current uniform no longer fits her and I'm not really wanting to spend all the money required on a new uniform when it might not be for long and isn't really the right option for her anyway. 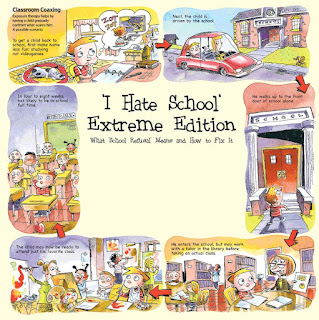 We have been trying to help Pip feel safe in school for over a year but he just doesn't.  He says he just wants me. He told me this week that he just doesn't feel safe if I'm not there which is heartbreaking. We had done a huge amount of work before the pandemic with him related to school and he had just started going in each day and feeling happier and then along came the lockdowns.  He wouldn't go into school during the lockdowns even though he was able to because everything was different.  Pip then transitioned to junior school during the lockdowns and wasn't able to have a proper transition.  He rather likes not being in school, which would be fine if he'd actually engage in home learning with me and if I was a better and more energetic and creative teacher.  But it's a battle we have daily currently that is ruining our relationship.  His EHCP requires 1:1 support but his school are struggling to appoint someone into the role.  Currently he's going into school for an hour and a half (which over the year we've built up from 30 minutes) in the afternoons when the school can release an LSA to be with him.  He doesn't do much work and is rarely in the classroom and is about 2 school years behind.  He needs support with his dyslexia which I'm trying to help him with but his anxiety is huge and has become a real phobia.  The problem with going in the afternoons is that he has all the day up to that point to get stressed and derail.  If Katie misses her school in the morning finding a way to encourage him into school in the afternoon is nigh on impossible.  He is very driven by his perception of fairness.  Don't even get me started on trying to explain INSET days to him.  What's sad is that when he does make it into the classroom he is welcomed by all his friends, he joins in and is actually quite a popular young man.  The barriers in his mind to going into the classroom however are huge.  I don't blame him.  It must feel horrible inside for him.  Trying to solve this is another issue.  Oh to have a magic wand!

We have been limping for two years now.  It wasn't great before the lockdowns but at least the children were in full-time education (just about) and I had a business I was building up.  Cue lockdowns and all that was gone.  The children hated online learning (who can blame them?).  The pressure was too much.  We stopped trying.  We moved house during the final lockdown, just over a year ago and it wiped me out.  We are adjusting still to the new house and new life.  I have been feeling more and more frustrated over the past year and more and more exhausted.  I suffer from Chronic Fatigue Syndrome and Fibromyalgia which if I'm honest I know are both exacerbated by the intense stress we are living in.  It's a Catch 22 situation.  The more the children are home, the more exhausted and overwhelmed I feel, the worse the exhaustion gets.  We haven't had a break from each other in over two years and that isn't healthy for any of us.  It feels like we are all being held back.

This week I decided enough was enough regarding education.  It feels to me that with most things related to adoption everyone looks towards the adoptive parents for solutions. We become the experts in our children but - NEWS FLASH - we don't know everything about everything, however much everyone else wants us to.  I think they all feel deskilled as well and when we're all feeling deskilled then we all freeze. My frustration levels have reached the tearful stage now.  I keep crying over everything.  I just want someone to find a solution that doesn't involve me taking anti-depressants which I can't really take anyway because my body is just too sensitive.  It's easy, just fix all the education issues in the UK, create more schools for children with Developmental Trauma and give two places to my children and we'll be on our way. 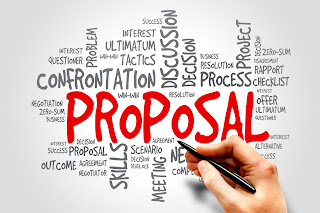 So this week both schools have received a proposal from me for the Summer Term.  The proposals detail a resource I've found that I think will be really helpful in engaging both of the children and hopefully making learning fun again.  Even better, it's not me delivering it!  I'll just be the taxi service. I've also requested funding for equine therapy from a local provision that looks really hopeful.  The horses are the therapists which I think is perfect.  My hope is that the sessions will help bring the children some much needed joy and help them come out of their shells.  Both children need a boost of confidence and, in the absense of anyone else having any good ideas, I think this will help us over the coming term.  I have spoken with CAMHS as well this week and will be starting DDP therapy with them for Pip over the coming few weeks and a referral for a psychiatric assessment and art therapy is going in for Katie with them.  How long the latter will take I don't know.  She's already a priority case but I can see her disappearing into herself and I need to find a way to bring her back out into the world.  Katie's school have said yes in theory to my proposal (probably with some relief) although I'm now waiting for a formal agreement once we've actually visited the learning resource.  Pip's school might be a tougher nut to crack but I'm hoping that I've written the proposal in a way that will help them see this could be a good way to help him reingage with education and also take the pressure off them too.  I hope so.  I really don't know what else to do at this point.  Personally I feel that Pip needs to change schools and move into a setting more suited to his needs but he's so keen to stay with his friends that I will do all I can to help him achieve that.  Time will tell. We need to inject some energy into this stale and depressing situation. I'm at the point where I'd like to say to hell with it all and go and live in a house on a beach somewhere.

So I've attempted to take back some control and one thing I can say is that I've not cried much today which I really hope might be a change for the better too.

And I think I've found a nanny to help me out on the days that I work too. The challenge of finding a nanny who has SEN experience and is OFSTED registered so I can claim back some of the costs has been an interesting experience.  I'll leave that story for another post.