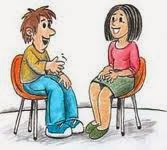 Four years ago I was preparing to leave my professional life to adopt Katie.  My working life was where I was a trained counsellor who specialised in working with teenagers for an organisation called Connexions.  I worked in schools and colleges and offered one-to-one support for young people with multiple problems that impacted heavily on their education. I specialised particularly in Sexual Health and worked with teenage parents and I taught SRE in schools and colleges and was a Trainer for a Teenage Pregnancy Partnership; training adults to support young people in issues relating to their sexual health.  I loved my job but it was hard going at times.  I wanted to help my young people succeed in their lives but it was a challenging job because there weren't always the services available to help with emotional difficulties and I often had clients who had chaotic lifestyles and several who no longer wanted to live in this world.  Working with clients who feel chaotic led to very chaotic and responsive working.  The joy that I felt when I was able to help someone and watch them blossom in their lives was the best feeling though.  In the evenings I went to tap and Reiki and Mo-jive.  TCM and I went on holidays and to gigs and mostly out to eat.  We had a life of freedom but we wanted children more than anything else.

I took a year's adoption leave when I first left my job to adopt Katie.  I knew I didn't want to go back but we left our options open and decided to claim the higher rate of adoption pay.  Fortune smiled on me though because several months into my adoption leave the possibility of redundancy was offered.  I jumped at it and was not only able to keep my year's higher rate of adoption pay but also received redundancy pay.  For the first time in my life I did not have a job.  I was officially a Stay At Home Mum or SAHM. 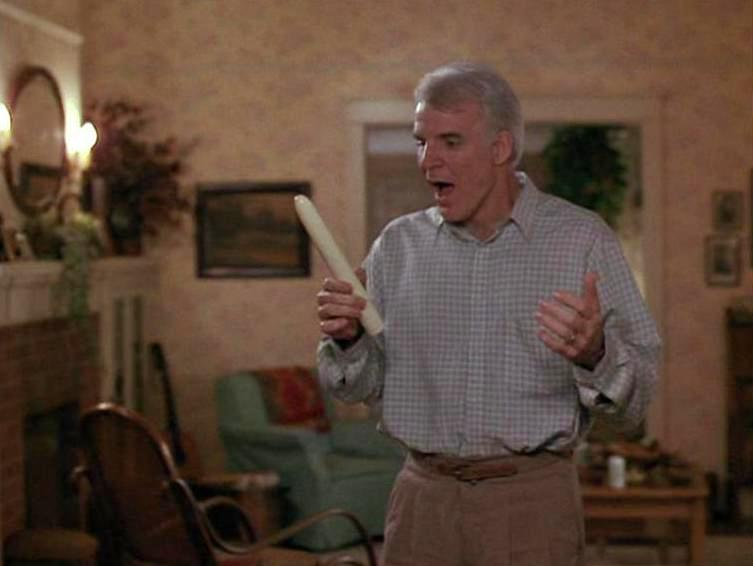 Before adopting Katie and Pip I remember watching the film Parenthood with Mary Steenburgen's character going against expectation and wanting to stay as a home parent because she was good at it. I have to thank the film for not only many jokes that I still recycle but for highlighting that all children and all parents are different and people can make different choices.  The film has pride of place in my DVD collection, mostly for the joke about the electric ear-cleaner!  A SAHM is still quite invisible in the eyes of the world however.  We are an underappreciated bunch within society.  Our skills are not recognised in the world of business.  We apparently sit around drinking lattes all day and are seen as letting the side down by many feminists.  Personally I feel true feminism is being able to choose what you want to do without boundaries - be that working in business; running the country; being a builder; driving a taxi or being a home parent.  Feminism to me is about choice. So fast forward four years and here I am, a SAHM.  My world has changed beyond all recognition from my life before children although I suspect it's more busy than it was before and I certainly don't get paid holidays or sick pay!  I admit though that I occasionally miss feeling that the world "saw" me back then.  Now I am mostly "Katie's Mum" at school and I currently spend my days rushing to do the morning school run and then spending my day with a 15 month old baby who sleeps from 11am until nearly 2pm most days.  Once he's had his lunch it's time to collect Katie again from school; feed them tea; do some reading or play; get them bathed and into bed.  I have wonderful skills in chivvying children along I must say - are they transferable skills I wonder?  I have a brief chat with one or two of the mums en-route to school each way and that is often my adult interaction during the day until TCM comes home.  I have lots of housework that I can keep up with and I make my efforts there.  I try and do some yoga most days but I feel that my brain is under-utilised and I often feel quite unmotivated.  My social life has been incredibly restricted since adopting Pip.  I found that very hard in the early days but that is getting better as he gets more mobile and engaging.  I am so grateful to have my blog because it is a reminder that I am able to string sentences together and make some reasonable sense still. 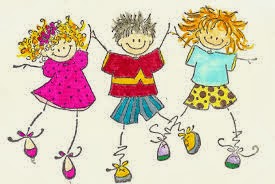 When we adopted Katie we were out and about all the time.  She slept from 1pm until
3pm each day but we had the mornings to see people and there was still time in the afternoon to play.  We had lots of fun.  We went to the zoo; to soft play; we ran and chased each other; we did painting; we went to our local farm to feed the pigs and we chatted.  She could miss her nap and have a sleep in the car on big days out.  It's very different with Pip thus far because he is so much younger than Katie was when we adopted her.  Pip and I do go to soft play and we do go to the zoo but it's been a very different experience to this point.  He needs a full sleep every day (boy does that child need his sleep!) so we have to come back home.  I did get him to sleep in his buggy more during the summer but that's not practical during the winter.  We are currently quite tied to the house.  Because Pip is still not legally adopted TCM and I don't really get to go out together in the evening.  Our last evening out was this time last year!  Asking our CRB checked people to babysit isn't as easy as it might have seemed on paper as circumstances have changed.  I have felt let down though by some people who I thought would be my lifeline to the outside world but their children are grown up now and their lives are far too busy to even remember how isolated they might have felt with a young baby at home.  They've moved on from all that now and have adult lives, which is fair enough. Their houses are no longer baby proof so it feels stressful for us to visit with a mobile toddling baby who's into everything.  There is no real conversation able to take place under those circumstances because I'm just running after Pip trying to stop him breaking things.  It's not long now until our case goes to court so hopefully within a few weeks all that will start to change.  I've also been lucky to have a few wonderful friends in my life who offer so much support on the phone and who also take me away from it all once in a while! 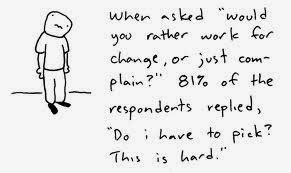 I sound like I'm complaining.  I am and I'm not.  It's all been a big adjustment.  I wouldn't change the fact that we now have Pip for all the tea in China and I am totally in love with my son but it's been a very tough transition from one to two children, both emotionally and physically and mentally.  Bringing any new child into the family changes the balance in that family.  Katie has had a lot of adjustments to make, as have we all. I make more demands on TCM now than I did.  He often walks in from work to be thrust a milk cup or is asked to watch the children in the bath.  He more often than not walks in to the sounds of Katie shouting the odds at me over something.  It's often a more volatile environment than it was previously.  They don't call it the "witching hour" for nothing!  I said to Katie this morning though that I feel like we're coming through this introduction phase and things are feeling more balanced.  I feel like I'm coping more and taking things in my stride more and the children feel happier together.  The house is more messy than it used to be but I'm trying to live with that.  I'm more tired than I used to be but I'm adjusting to that.  It's now been 8 months and things finally feel more natural; there's more fluidity to our day.  Mamma is getting her mojo back! 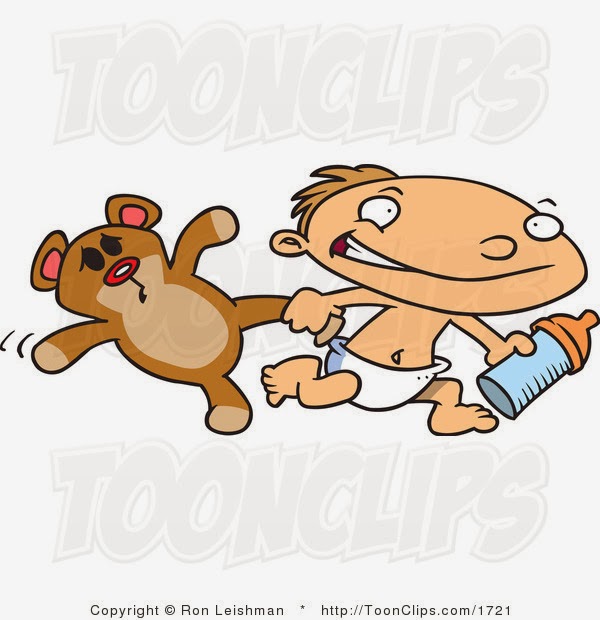 It also helps that Pip is becoming great fun.  He's walking and trying so hard to find his words.  He is incredibly engaging and chats away in what I think might currently be Klingon.  We are starting to explore his world together and I think the summer will be great fun (except for the fact that we will be moving out of our house for about 6 months whilst we build an enormous extension - that will be an adventure of many proportions I think!).  I have some lovely friends that I see for a few hours each week.  I am getting out to my tap and Reiki groups and am treating myself to a painful remedial massage once a month so I do get to experience some life outside of the house and I know that it isn't forever. 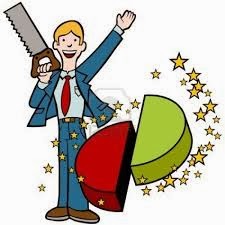 One of our first Social Workers warned me about the impact of giving up work and becoming a SAHM.  She said I might find it tough to transition from working for so long to being at home all day.  Interestingly I didn't with Katie but I have with Pip.  I think there has been a lot tied up in our second adoption for me particularly.  I was always worried about being a mum to two children and whether I would cope.  I was raised by a mother who constantly told me that having two children was the worst thing she had ever done so you can understand my anxiety.  Actually, it's been totally fine.  I can cope just fine with two and am even starting to enjoy it more.  Katie and Pip and I had great fun playing "It" last night and it was lovely to play together.  I might not be perfect but I'm doing OK.  I'm learning to split myself in two but, looking at it positively, at least I might have a career in magic when I return to work!  The thing that hit me the most though was the awareness that I will experience so much more of Pip's life than I have of Katie's.  Seeing Pip as a baby has really brought home to me what I've missed of Katie at that age.  I think I blanked it out before but I've had to experience a period of mourning for what I missed with Katie.  They look so alike that I can almost picture Katie doing the things that Pip is currently doing and I want to have memories of her at that age but we don't have that.  It is what it is and all that but it is a loss that I'm learning to accept, albeit 4 years after we adopted her.  You just never know when these feelings will hit you.

So having said all that I'd better get back to my housework....or shall I do some yoga or have a latte before Pip wakes up? Hmmmm Yoga I think! The housework can wait......again!