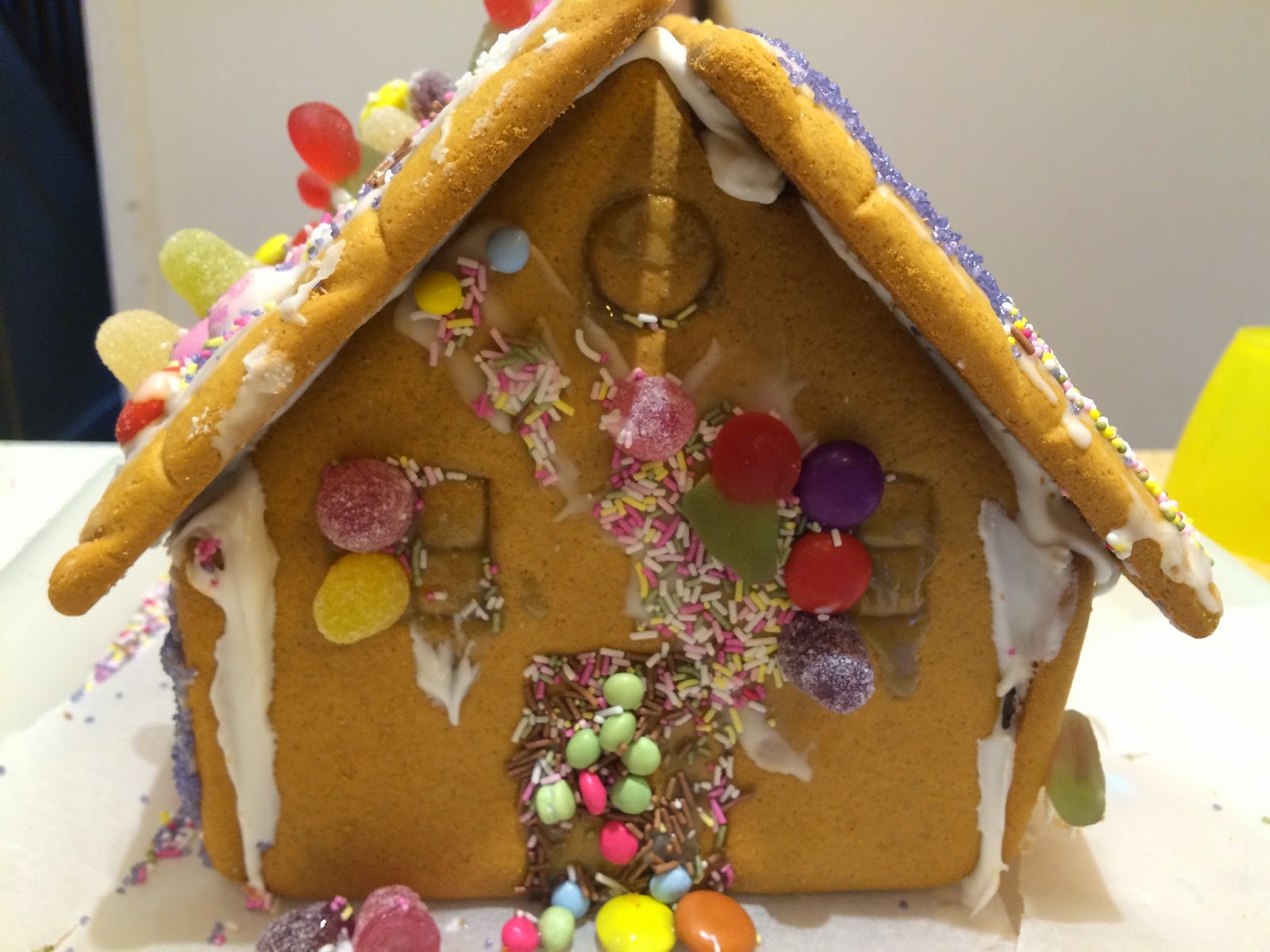 I'm struggling with the right way to start this week's blog post and the words to present the dichotomy between the images I can share and my internal feelings and dialogue.  The external issues; interruptions; distractions and stressers are just too loud and distracting and my brain is screaming for some quiet time to just stop and sit comotose in front of a film or better still a day at a spa where I can be totally away from everything

The image of this gingerbread house was one from one of the first days of half term and it actually depicts how I'm feeling very well currently.  It looks pretty and there was some fun that went into creating it but it fell apart about 20 seconds after I took this picture. I could be philosophical at this point and note that the finished house was just one part of the process and the bigger picture would be these.... 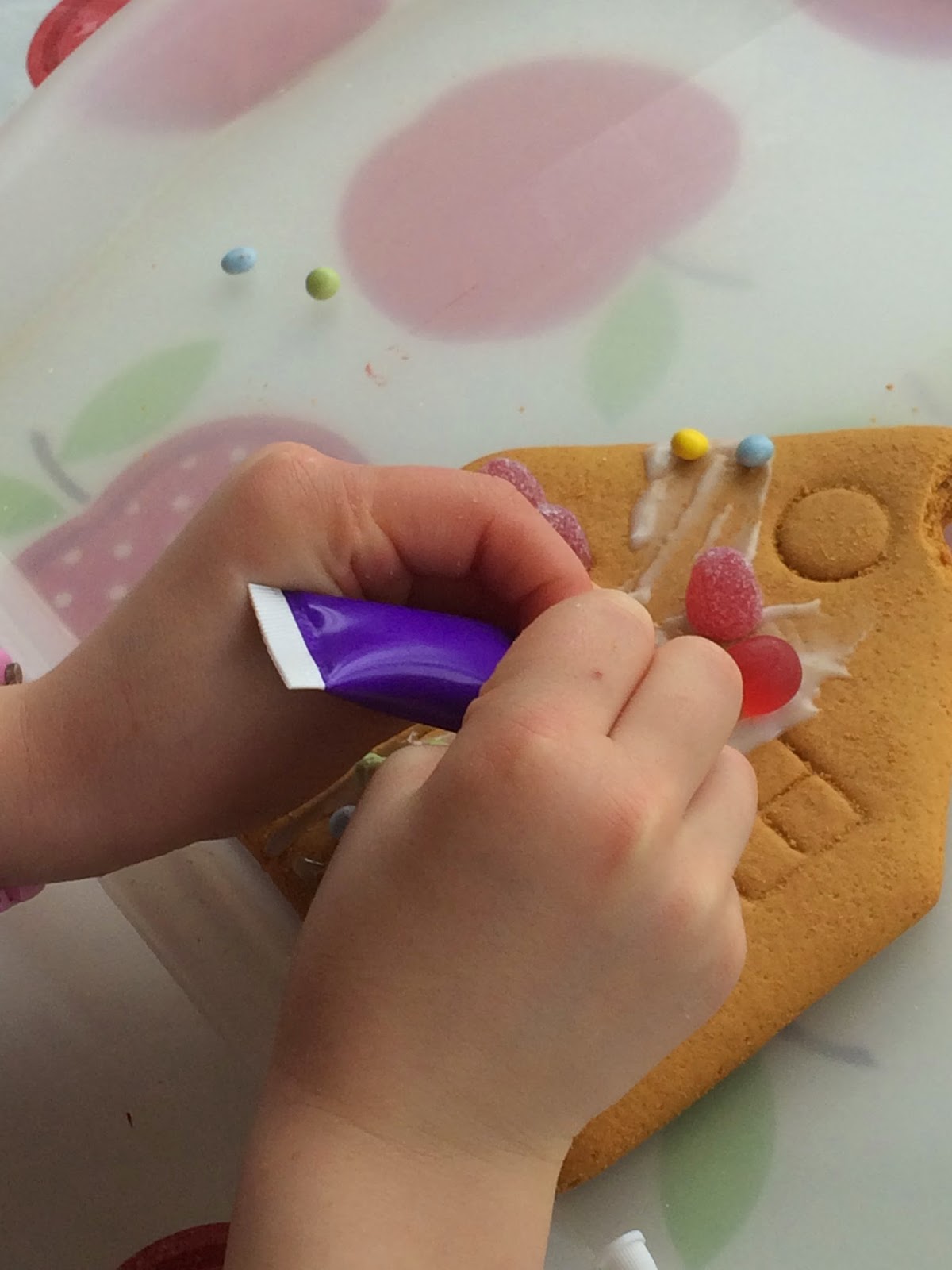 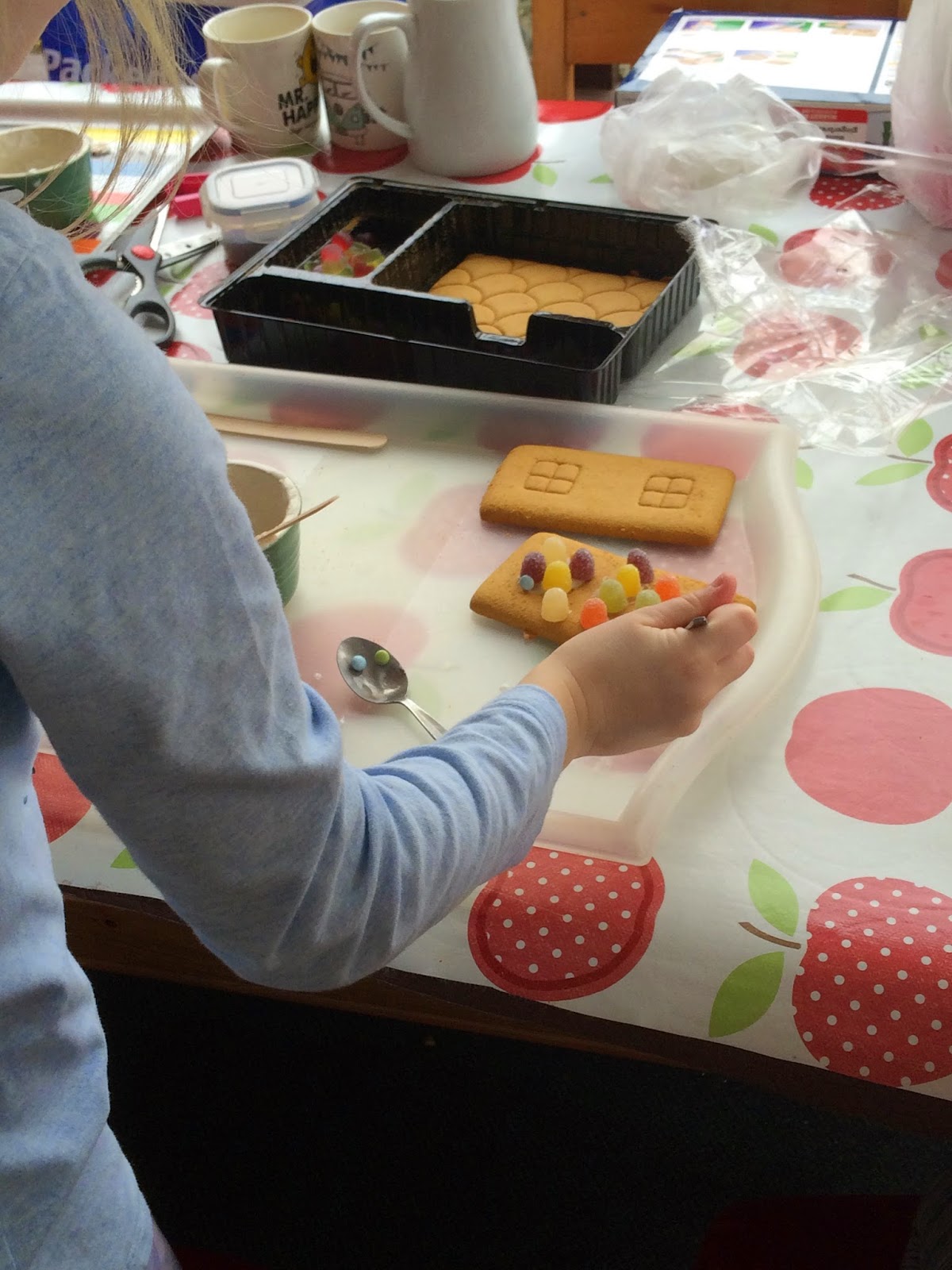 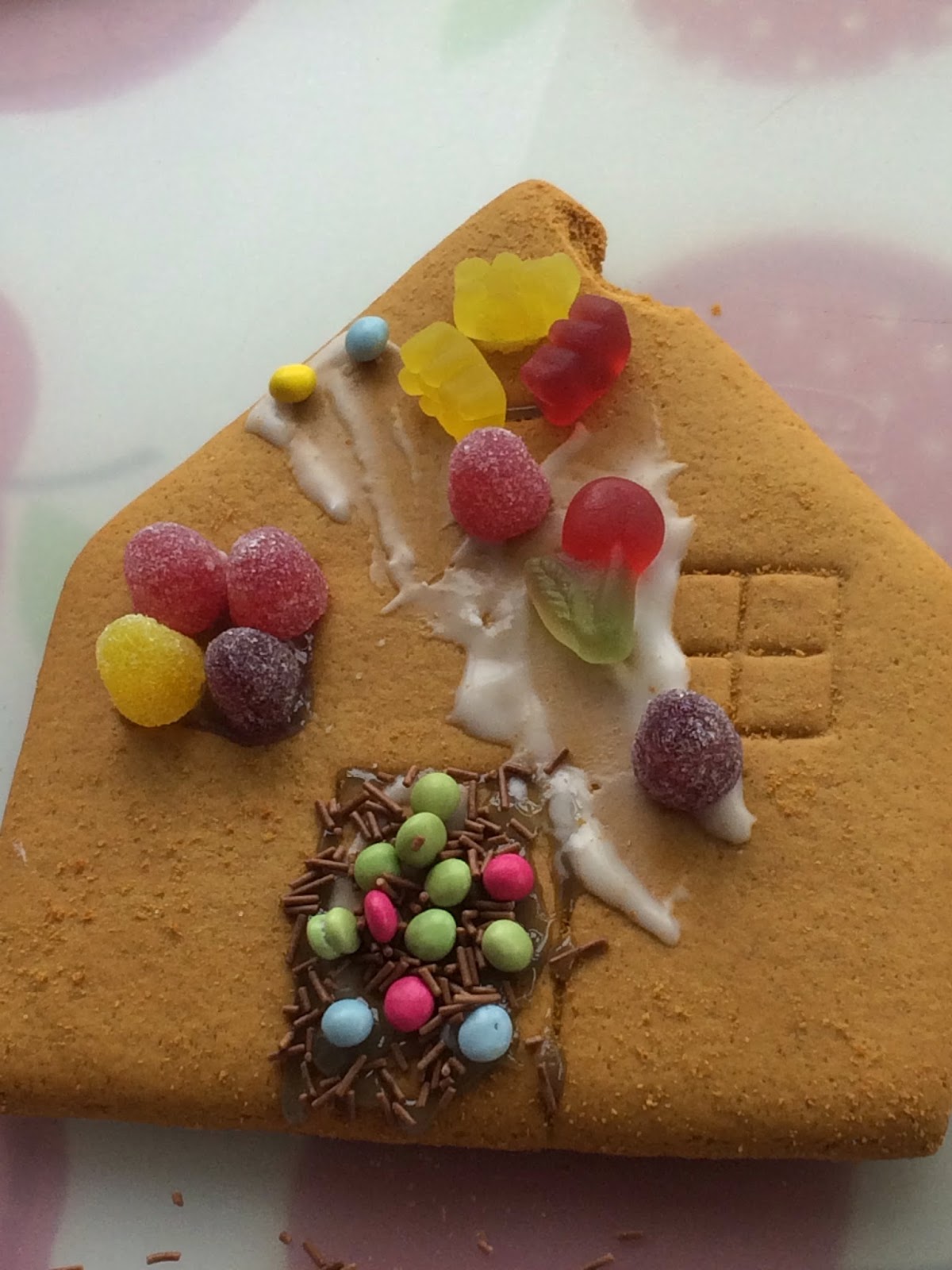 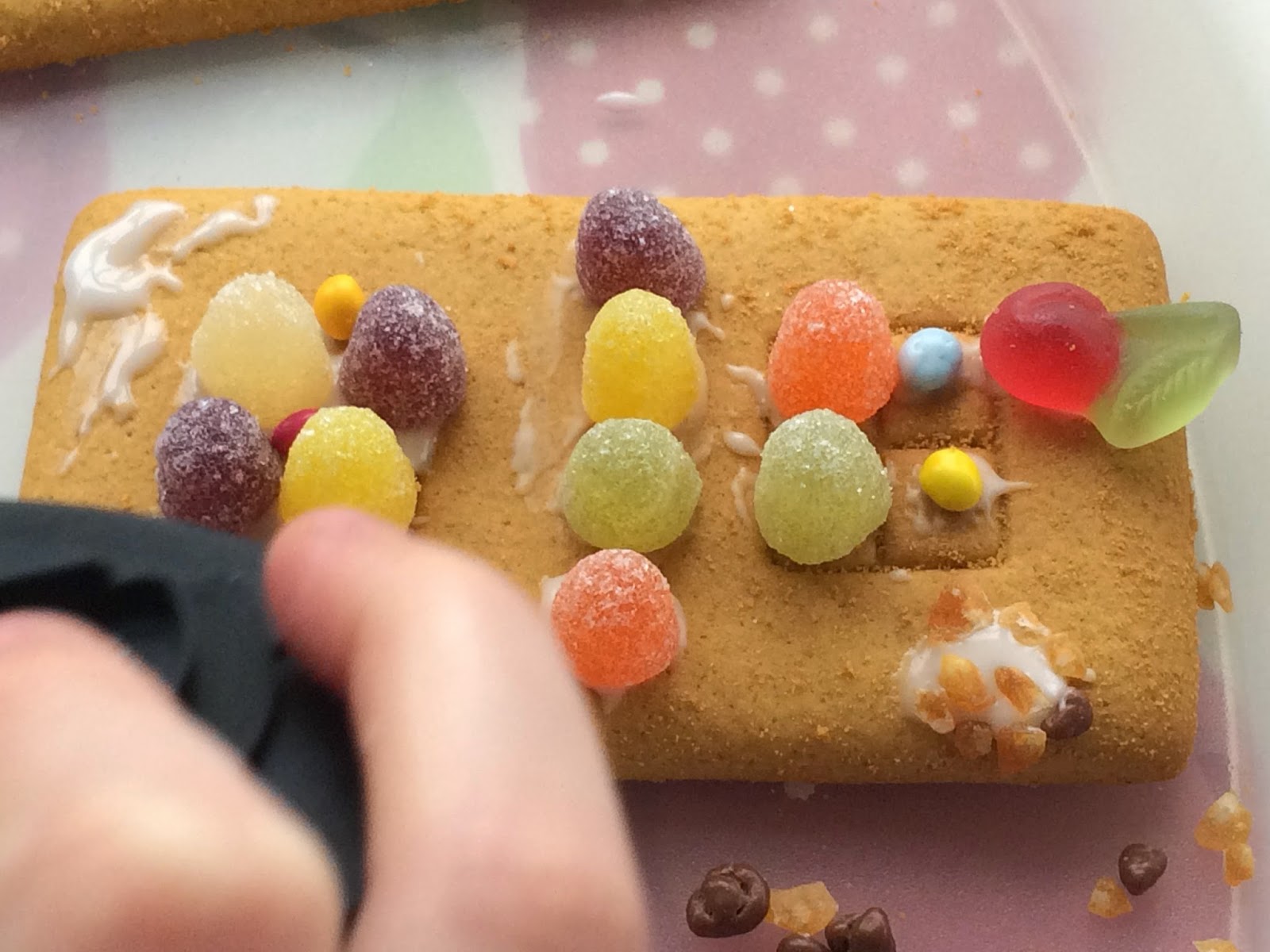 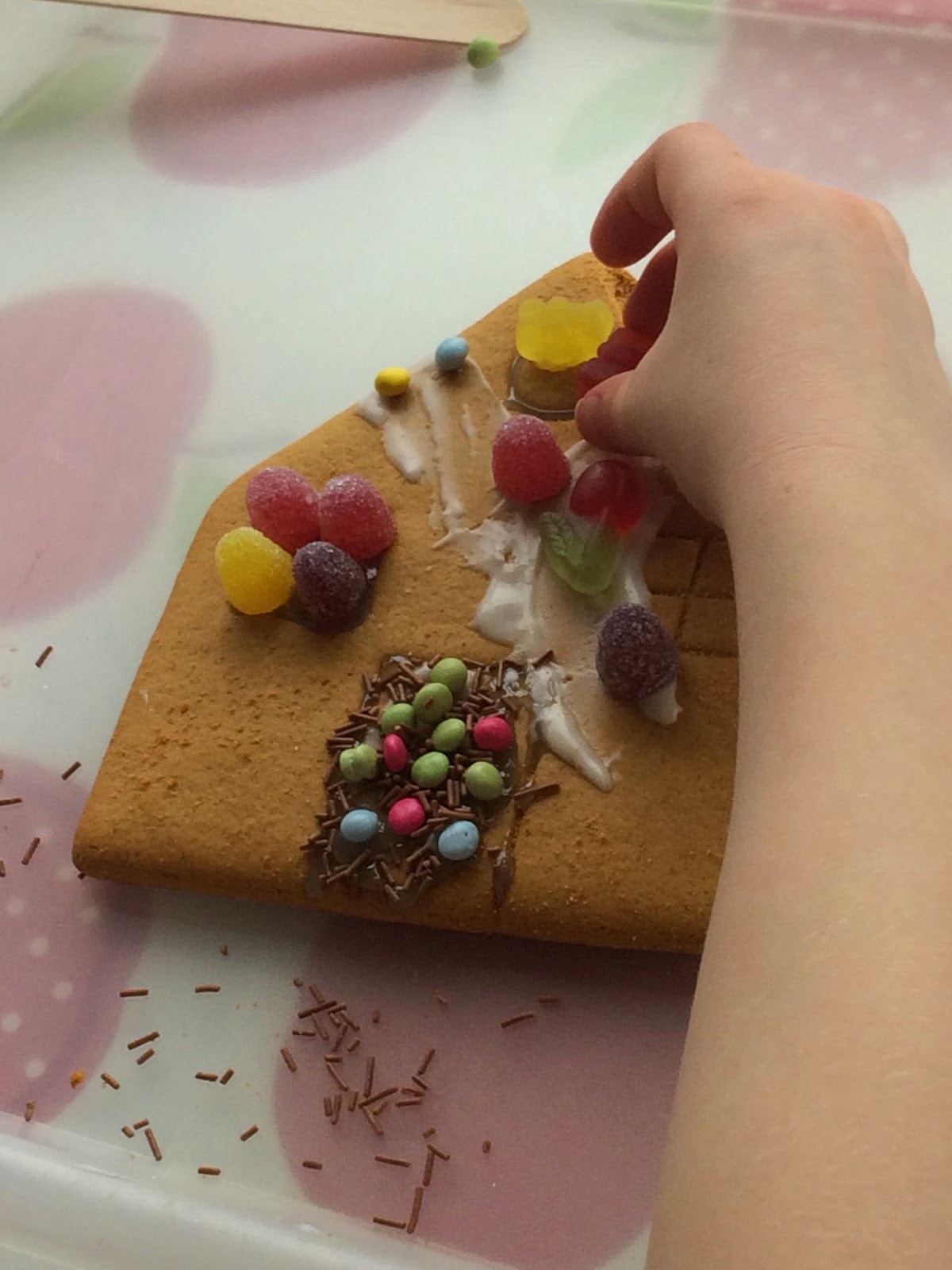 The reality though was there were too many sweets and insufficient icing to hold all the pieces together....
The children enjoyed the making and the eating parts enormously though and the making part gave my lovely friend and I around 4 minutes to chat together without interruption.

Half term isn't a time to crave peace and quiet though. Half term is a time when the children get a week off school (or 9 days in our case thanks to the joyous words INSET day!).  In our house we take time to transition from one routine into another so the reality is that just as the children are starting to settle down a bit, it's time to go back to school.  My brain gets strained to the point of fracture at the endless whingeing and whining and tale telling and destruction and mess and angst and anger that is the internal and external relentless dialogue of my two little beauties.  Half term obviously comes on top of everything else I've been writing about for the past 7 months or more. As I am writing this Katie is singing in my ear despite being asked to stop.  She's not actually singing I might add. Singing is nice and she has a lovely voice but she isn't using her lovely voice at the moment. She is making some high pitched grating sound with words that resemble Taylor Swift's Blank Space that is designed to get my attention. It's a practised skill of course that works wonderfully well if you're Katie although she is a bit of a negative attention junkie I think.

The only way I can handle half term in the house we are currently living in is to get out of the house. That would be great if it wasn't February and damp and cold.  Which sadist thought February half term was a good idea?  Clearly a teacher without children, who can snuggle up in front of a roaring fire with a book that you can read with actual brain cells for the week!  So the reality of being out of the house in February is mud and lots of cleaning up of the mud afterwards and don't even get me started on changing nappies when the littlest member of the household is up to his knees in mud and soggy jeans (and yes there is the fact that waterproofs would help but this week Pip has decided to grow out of his as you can see by his arms - an urgent purchase is on its way from Amazon as we speak!).
We spent some lovely time with friends old and new during half term week.  We met up with a new adopter who lives in our county and had a lovely time getting to know them a little.  I use the phrase "a little" with precision because Pip morphed into the Tasmanian Devil on that particular day and spent the day doing this.....
I totally lost him twice the day we met our new friends.  The fear and stress for those moments was just horrendous.  Pip is a boy with his own mind, as do both of my children if I'm honest. He wanted to go and do something else and it was a literally blink and I'm gone scenario.  Thankfully it was a that day only scenario over the holidays and it hasn't been repeated since.

Katie and I managed a little bit of Mummy/Katie time whilst Pip was with his Childminder midweek and had a little bit of LoveBombing.  Thankfully Katie included a trip to Costa as well as her visit to Claire's Accessories in her choice for the afternoon after spending the morning clearing our garage out a little bit.
As is often the case there were highs and lows over the holiday. I enjoy getting out of the house with the children rather than staying in.  I'm not an arts and crafts sort of person. I'm already having palpitations at the thought of making Easter Bonnets and a model of The Titanic this term (although I've sourced a 3D puzzle to put together sssssshhhhh!).  The children enjoyed getting out and about and seeing friends.  We spent a particularly lovely day with Auntie C who almost won the award for Best Friend EVER by giving Katie lots of attention all day and completing Katie's diary for the class Bear who kindly came home with us for the half term.  I was busy trying to get Play Doh out of the printer whilst the writing up was going on!

It's been a short week this week due to the second INSET day but it's been nice to get back to our normal routine.  I think I need it as much as the children....... does chocolate prevent a nervous breakdown?