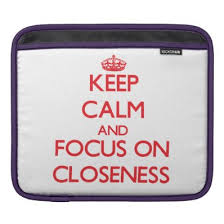 Yesterday morning Katie breezed into our bedroom with a smile on her face.  She retrieved her Ipad and took herself back off to bed.  When TCM and I popped in to say a proper "good morning" she sat up in bed and gave us both a huge hug with an enormous smile on her face.  It was wonderful.

After all the anger and angst in our house for the past months I was taken aback.  For the rest of the daytime Katie was mostly a joy to be around.  She didn't keep on too much and was fairly amenable and there was only a minor and resolvable tantrum over buying my nephew a birthday present. In the afternoon she, me and Pip snuggled up on the sofa together with sweets and watched The Nut Job, giggling as Pip fell asleep and slowly slid down my side into my lap.  I could feel the stirrings of all the wonderful emotions that many parents can take for granted when their children are emotionally easy to be around. The love flowed.

There was a minor blip when Katie was outside the front of the house supposedly doing cartwheels and she went over to our neighbour's house despite me telling her not to so she had to come back inside.  Even that tantrum was short-lived and restrained.  In fact it was Pip that had the huge, sustained meltdown during the day which took me by surprise because Pip generally blows through his tantrums fairly speedily.

All was well until bedtime when I watched Katie slowly wind herself back up again.  She was hyper and silly at bathtime.  Loud and brash and doing everything she could to wind Pip up as well.  I felt so frustrated by bedtime that I decided to sit with Pip as he settled and asked TCM to stay with Katie for stories.  As Pip snuggled down to listen to Scout the musical dog we heard the ructions start from the next bedroom.  Katie accused TCM of cheating at the memory game they were playing with her cards on the floor (he didn't).  TCM said he could see she was spoiling for an argument.  Off she flew into a total rage.  I tried to intervene, followed by Pip on my heels and read the riot act.  That calmed things a little and TCM was able to get Katie settled again and into bed and after half an hour Pip finally fell asleep top.  I had a little goodnight cuddle with Katie and she went to bed fairly nicely.

When I went to check on her before bedtime I was struck again at how she puts all her toys around her, like her protective guard.  It made me feel very sad at how vulnerable she must feel and I could feel the tears pricking at how much this little girl is hiding inside.

This morning Katie came in to get her Ipad and skulked back out again.  I got up and went in to see her and she barely acknowledged me.  I tried to cuddle her but received a cold shoulder so I told her how much I had enjoyed yesterday and that my two favourite memories were of her joyous cuddle in the morning and our beautiful snuggle on the sofa watching the film. She thawed a little and gave me a big cuddle but I could feel my emotional reticence flood back in, protecting myself, knowing that the shoe was going to fall again today and wondering when it would be.

We have a birthday party today for my nephew.  Because he is 11 Katie will have one of her best friends here all day and will take her to the party for company.  I hope it all goes well.

This morning and the constrast to yesterday really highlighted how much we are treading on emotional eggshells in our house currently.  I crave the relaxed emotions of yesterday and I suspect Katie does too but she puts that wall up for reasons unknown (obviously we can guess) and I find it hard to know how to smash the wall down.