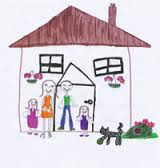 Special Guardianship Orders are a subject that have become closer to my heart in recent months. This is due to now having two friends who have taken a Grandparent role one step further and become Special Guardians of their grandchildren. I was privileged to be a referee for one of these friends during her assessment but it also raised concerns for me about the support she would receive from the Local Authority. Knowing the circumstances that led to a child protection order for the child and my concerns for her long term needs I highlighted these thoughts both with my friend and with her assessing Social Worker.  I was reassured, to a point, that the Social Worker was making recommendations for long term support post SGO but the cynic in me remains sceptical as to the delivery of the promises made as any statutory duty for post SGO support seems to be vague.
The role of Special Guardian can be very complex. The SG is generally a family member and may be responsible for facilitating face to face contact with the child's birth parent and managing the complexity of emotions that this might raise. If they are SG for their grandchild they probably also have the added concerns for the welfare of their own adult child and the potential emotional conundrum if their child needs accommodation in an emergency. This is known as the "capacity to protect". They will be the advocate for the child within possible family tensions. These are not issues an adopter generally faces because we (mostly) do not have face to face contact with birth parents . Originally the role of SG was created with older children in mind where there was an established relationship between the Guardian and the child but increasingly SGOs are being made for the under 2s and babies and also with relatives who do not have a previous relationship with the child.
Hugh Thornbury, Chief Executive of Adoption UK, shared a report this week detailing a deep-dive investigation into SGOs within five different Local Authorities (LAs). I read the 38 page report with interest.
What I read did little to reassure me of a clear understanding of the role of the Special Guardian. The question I was initially interested in was has there been an increase in the number of SGOs granted since the judgements made by the Supreme Court and the Court of Appeal in 2013.  What I learned was much more than the statistics for the rise in SGOs from 5% in 2010 to 11% in 2014 for children leaving the care system. I also learned that there has been a 54% decrease in the number of adoptions between 1 September 2013 and 30 June 2014 due, in part, to these Supreme Court and Court of Appeal judgements that have left the perception that higher thresholds are required when seeking adoption for children. I am left querying whether LAs are now applying for more SGOs rather than test the courts with adoption cases and worrying about all the children left in the care system without adoption plans because Social Workers are too scared of the court rulings to push for adoption orders.
The report highlights how much of a postcode lottery SGOs are in the UK with different procedures and expectations of each Local Authority and Family Courts. This is placing a huge pressure on cash strapped LAs to expertly assess SGO applicants often within very short timescales. Some LAs assess applicants initially as a Foster Carers where others adopt a far shorter assessment. It becomes clear from reading the report how much at the mercy of different courts the SWs are with no universal guidelines being followed regarding the granting of orders. The same can be noted for the preparation of applicants and for post SGO support. Issues of high importance if you consider that many children are coming through the care system on Child Protection Orders before moving to the home of their Special Guardian. Family Group Conferences are being used in some LAs to identify possible Guardians as early as possible but it was noted that often family members will not present themselves as applicants for fear of creating family tensions until it is clear that the only route forward for the child is removal from their birth parents. This can lead to very shortened timescales for the assessment of Special Guardians to keep within the time framework set out by the courts.
Worryingly the breakdown figures for SGOs, whilst relatively low, are significantly higher than for adoption (5.7% over 5 years compared to 0.72% for adoption over the same period) raising the question of whether this is due to pressures within the family and/or lack of support with specialist parenting issues. Some might also argue that an SGO is a cheaper option than keeping a child in long term foster care and the already patchy assessment criteria might mean inappropriate orders are granted. The report notes that adopters are far more likely to seek post adoption support from the LA and partner services than a Special Guardian. Is this because adopters are better prepared to accept that help may be necessary and there is less stigma attached for us?  Another concern is that over time courts are also seeing more SGOs challenged by birth parents. The Order is considered permanent but some Orders have now been successfully challenged which I'm sure will lead to anxiety amongst SWs when seeking these sorts of Orders.
So what does this mean for my friend? Worryingly the following statement confirmed my worse fears regarding ongoing support:

"It's appalling - there is no formal requirement for us to provide additional support ...[Government] need to build into regulations the same expectations of publicbodies as they do with adoption and looked after children - first choice school,access to CAMHS, access to a pot of money they can pull down for specific helpfor their children......" 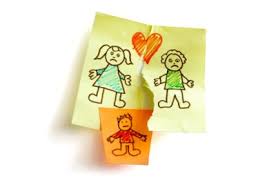 After laughing to myself that anyone in the adoption field thinks they can access CAMHS easily, my hope after reading this report is that there will be a formalisation of the procedure for applying for SGOs. SWs surely need a framework within which to work that is universal within the courts, setting out clear criteria to be met for applicants? The issue of using SGOs in place of adoption needs to be addressed. It remains my opinion that children should only be placed for adoption if there are no suitable options within the family but we also need to remain vigilant to the fact that children coming through the courts from the care system are often traumatised and need specialist parenting. Is "good enough" parenting really good enough particularly if there is insufficient mandatory support post Order for Special Guardians. The question of what is in the child's long term security and best interests much remain at the forefront of everyone's minds. With that in mind it is blindingly obvious that children on a SGO should receive the same benefits as children in foster care or who have been adopted with first choice access to schools and access to the Adoption Social Fund and other support.

I remain ever hopeful but increasingly more realistic about these hopes ever becoming reality.  The recent demise of BAAF and the court rulings that are impacting on adoption numbers (leading to far more approved adopters than children freed for adoption) feels like a huge step in the wrong direction after what seemed a promising start with the current government, There are many thousands of children in the care system with uncertain futures.  What of them I ask?

For further information here is a link to the Adoption Leadership Board's current adoption statistics which show a significant decline in the number of children with placement orders in 2015 yet also shows that adopters are being approved quicker and the children who are placed are spending less time in the care system.  It doesn't take a genius to see there is a problem with these statistics.
There are so many people willing to adopt children who need a home but fear and uncertainty about the implications of court rulings preventing those children being matched with willing parents.  Maybe those judges should spend a week or two in the care system and see what they think after that?  Maybe they should experience the loss of all the opportunities that they have been privileged to experience to reach their positions and see how they feel about not achieving as well in education and spending a life not reaching their potential.  Maybe that would help them see the implications.  No, it's not ideal for a child to be removed from their birth family but if there is no-one within the family who is suitable to parent the child or become a Special Guardian don't those children deserve some compensation for their losses in life?  If the opportunity for a permanent family is denied them due to some beaurocracy then shame on a system that allows that!
In case you missed it above here is another link to the report that this blog post is commenting on:
https://www.gov.uk/government/uploads/system/uploads/attachment_data/file/450252/RR478B_-_Family_justice_review_special_guardianship_orders.pdf.pdf