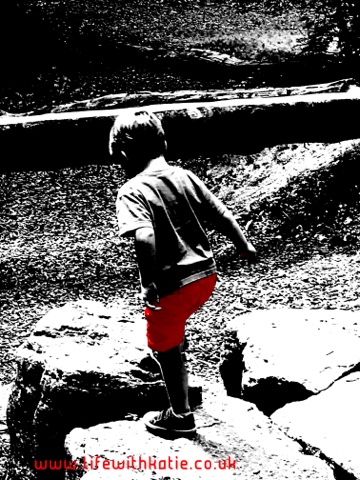 I was expecting Katie to be a challenge at the start of the holidays. I didn't need to dress up as Einstein for that one. She's been mouthy enough at the best of times so I was primed and ready for the transitional fall out as I wrote about in my recently in Transitions. What's taken me a bit by surprise is Pip's current regression and behaviour.

I'll be honest, Pip has always been my Ronseal child. He's relatively straight forward. He has his "stuff" and issues that we manoeuvre around and there were the issues of his weight and being a bit delayed in his speech etc but mostly he's quite an easy and sunny young man. Well he was. Not at the moment he's not. The balance has tipped to 70% grumpy and 30% his usual sunny self. I don't know whether it's tiredness; the transition to the big room at pre-school; the change in routine; the fact that he's 3 and a half; he's had some sort of hormone surge; he's a bit bored; he's copying Katie's behaviour; or, dare I even consider it, issues similar to Katie; or prehaps all of the above; but he's possessed by some sort of crazy demon at the moment. He's very regressed both in his speech and his behaviour. He's being very rude and hitting people; he won't listen to a single word being said to him unless it involves the word "sweets"; he's running off all the time and can't sit still for more than 5 minutes which is unusual for him, and won't follow any rules. He's like a cat on a hot tin roof and he's very hard work.

I know boys can be physically hard work. He's a real live wire and I joke he's like a dog that needs walking twice a day. We're all a little stir crazy because of my sprained ankle although I've managed to get them to soft play and to the park to burn off some steam. It doesn't help that he wants to see what the builders are up to in the garden and doesn't understand how dangerous it can be if he doesn't play in the areas I've said they can play in. Katie doesn't listen either. I must have told them over 20 times to stay on the patio today. Katie with her 8 year old FASD non-listening ears and Pip with his 3 year old non-listening ears are being a mammoth challenge. I'm feeling ridiculously frustrated. I can't do anything in the house without checking every few minutes to see what they're up to. I'm trying to sell my Mother-in-Law's house and manage her finances and stay on top of the housework and build whilst stopping every few minutes to have a circular argument about staying away from the builders. I could scream with frustration and irritation. In fact I have been known to shriek and holler a few times (a day). The timing of the builders coming back couldn't have worked out worse really but we need the garden back in action so we can put up the trampoline and swings which will make life so much better. Well, it would but Pip is also disappearing whenever he can and doesn't reply when called so I'm not sure I could trust him in the garden currently. 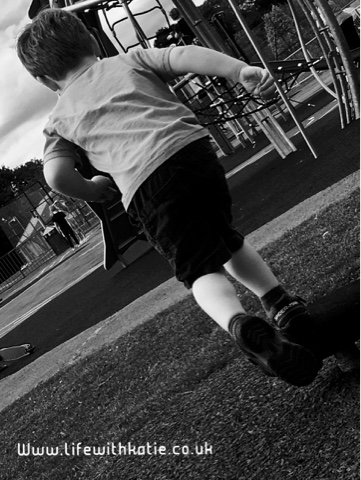 I'm mentally exhausted and feeling very tetchy. It's not how I want to be. I had a row with my sister in Asda the other day and stomped off and left her with a few choice words. I feel like I want to take no prisoners. I'm aware enough to know that my reaction is now probably exacerbating the children's behaviour but my stress now has friends and I'm really struggling with ignoring the head in a vice feeling   In a funny way I suspect the timing of my sprained ankle was to remind me I need to slow down a bit. I really do need to slow down but my response to the universe would be "Have you met my kids? The Chaos Kids? Would you like to babysit them so I can rest my ankle?"

I can't end in a low, it's not in my nature. It's good to remind myself of the positives and remember that nothing is forever. Time is always moving on and nothing stays static. My children are lovely. Katie is fantastic and beautiful and funny and full of crazy ideas and thoughts. Pip is like a wild horse who wants to gallop with the harras of horses, mane flying behind him. He's utterly delightful and so generous and loving.