A little bit of Diva!

One of the things we've noticed with Katie is that, when she is going through a developmental phase, her behaviour gets a little bit.....how shall I put this?......more challenging!  So the downside of the amazing success of getting Katie dry at night has been the arrival of a little DIVA!   I commented to her gymnastics teacher the other day (when Katie was doing her own thing in class and totally ignoring the teacher) that if she knew how to stick her two fingers up at her, she would! She just hasn't learned that particular gesture yet! (roll on starting school for that one eh?) 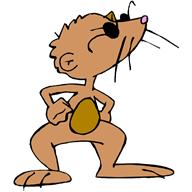 I'm reliably informed that all pre-schoolers go through this Diva phase when they are ready to start school.  It's been building since her 4th birthday in November.  It was about the same time that she also developed her alter-ego "Moaning Myrtle"!  My tough, non-whinging daughter has morphed into a typical girly girl, who shrieks in exaggerated agony when having her hair brushed (with a special Tangle Teaser that doesn't hurt her!).  She cries at EVERYTHING!!! And she's learned how to tell tales (and of course lie about her involvement!!).  She struts around the house rolling her eyes with her hands on her hips and her little chin tilted upwards (to ensure that the point she is making goes home).

Some of the time she is absolutely hilarious! Some of the time she is quite simply bloomin rude! , She is giving Daddy serious attitude, which he puts up with with amazing maturity!  She thinks farting and burping are the funniest things in the world and has been known to throw a few well-aimed spits in our direction when she's feeling particularly hard done by.  When she feels that she isn't getting enough attention she will sing/shout at the top of her voice until she gets a reaction.  She has a lovely voice (I think she might be a bit of a singer!) but at full pelt it isn't a particularly pleasant sound. Adele would cringe if she could here some of her songs sung at that volume!  Katie is no longer allowed downstairs (or out of her bedroom except for the loo) before the sun comes up on her Gro-Clock after she shut herself in the bathroom this morning with our two Maine Coons to try and bath them (whilst myself and Daddy were snoozing).  Those cats were very glad to see me when I realised what was going on this morning I can tell you!  This was after she got up at 5am yesterday morning and got nearly all her toys and dressing up clothes out in the playroom and scattered them around the house.

I sound like I'm describing the demoness from hell don't I? Actually I'm not.  In between all these, at times, anti-social behaviours is still that delightful, gorgeous, cheeky, beautiful and very happy little girl that we know and love.  She never strops for long and snaps out of any moods really quickly.  She thinks it hilarious when I address her as "Moaning Myrtle" and ask to speak to Katie again please!  She also thinks it's funny when I suggest that she "turns her frown upside down".  We have a little game now when she falls over where she asks through her tears "is it bleeding?" and I say "Yes there is blood gushing everywhere....quick we have to phone 999 and call for an ambulance NOW!".    This usually gets a little giggle from her although she did tell me the other day that "I wasn't funny today, although I might be tomorrow!".

I think much of these behaviours are simply that she is very intelligent and needs that intelligence to be kept occupied and developed.  In short, she needs to start school! I don't think there is anything else involved other than Katie's own personality.  At the moment it is taking all her developmental energy to stay dry at night (and have a growth spurt) so the ying to the yang is that we get an increase in the Diva attitude.  Katie has been with us long enough now that I see the pattern in her behaviour and know that with time and firm boundaries it will pass.  I think I am a fairly strict parent (Daddy is much softer than I am!!) but I also try to be fair.  I don't mess about with endless warnings.  Katie gets one warning and then a 1, 2, 3 to decide to change her behaviour. If I get to 3 and she hasn't done as requested then it's the Time-Out spot for her.  I find that this works well with Katie.  She knows what will happen and when it will happen.  It gives her time to stop and calm down for a period of time. 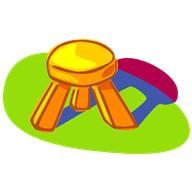 There is some debate about using Time-Out for adopted children and issues of rejection.  I personally think this is very much dependent on whether each parent feels their child can cope with it and you can't generalise for all adopted children.  Katie's Time-Out spot isn't in another room and I don't leave her alone. She sits on her stool in the kitchen and I ensure I'm in the same room although there is no eye or vocal contact during the time she is on the stool.  We have big kisses and cuddles and I Love You's after every single Time-Out and I am always careful to say that it is her behaviour that I find unacceptable, not her.  This approach works well for Katie. It creates some space between the unacceptable behaviour and Katie so she can give herself permission to stop that behaviour and we can start again after she comes off the spot (ok sometimes it might take several visits to the spot and the removal of some toys before the reflection kicks in and there is a change). It also gives me a chance to think about how I want to handle the behaviour should it continue.  I also use Time-Out with success whilst we're out and about.  I'm not easily embarrassed and Katie knows that we have the same rules at home and outside with the same consequences.  We've had a few memorable moments in shops when she's lost it! I have a feeling that there is a great Candid Camera moment recorded in one of our local Tesco's when Katie wanted a particular interactive dog RIGHT NOW and staged a sit-in with full screaming in front of the toy!  I could see the CCTV cameras on us and guessed that someone from Security was having a good old giggle. On that occasion I simply picked her up and walked out of the shop and she did some Time-Out outside the shop.

I used to use the pushchair for Time-Out and I do miss having the pushchair now on those occasions but they are very few and far between now (or maybe I just see them coming and deal with the issue before it erupts these days).  I hope that I am a consistent parent.  I try not to give mixed-messages.  I think Katie knows what to expect from me if she exhibits certain behaviours.  I think she likes to try it on to see if the boundaries have changed and whether she might get away with the behaviour. I also suspect that, for a 4 year old, life is pretty unfair at times. You don't get to join in with all the grown-up stuff like stay up late and she's at that age where she wants to push everything as much as she can.  I'm trying to help her feel grown-up in ways tha she is able to manage.  She helps me by getting drinks and helping to unload the dishwasher (even the glass stuff!).  The only real exception to the efficacy of Time-Out is at bed-time when she is really really over-tired and then we have to get her to bed as quickly as possible before the tantrum kicks in and typically lasts a good 30mins! These are few and far between though thankfully).  There are moments when she pushes me to the limit though and I have actually locked myself in the bathroom on one occasion just to calm myself back down again.

One of my close friends said to me that Katie always seems to be going through some phase or another.  I pointed out to her that this was partly true and the phases often over-lap but it's also partly self-preservation because I need to reassure myself that there will be an end to it (and she'll move on to the next phase!).  The word "phase" doesn't sound permanent does it?  So far this theory has proven to be right and I hope that that continues.

Just to finish on a high note, we had a really lovely girly day yesterday in our local town.  We did some shopping; spent time (and money) in Paperchase; did lunch; tried on jewellery and Katie had her hair curled princess-fashion and then had a play in those water bubble things (her first go and she LOVED it!). We thoroughly enjoyed ourselves and barely a cross word passed between us or tantrum erupted.  Katie came home sporting some clip-on doggy ear-rings (I'm shaking my head in disgust and thinking of calling the fashion police at this moment in time!). She loves them though so that's all that matters.

Roll on the next phase eh?