Yesterday was an extremely emotional day.  Along with my fellow tappers from my tap class we performed in a show to raise money for my friend, Christine's, charity.  Christine died last April after a very long and brave battle with breast cancer and her husband and children, friends and family have been raising money for her charity ever since.  There were over 120 people participating yesterday, singing and dancing and playing instruments.  Seeing all the children was amazing and so emotional. Christine used to be a nanny and she would have simply loved seeing all the children taking part.  I spent most of the day feeling like an emotional wreck, trying not to cry and feeling overwhelmed at all the children and costumes and all the hard work that had gone into producing the show.  Christine's two children both danced in the show and the daughter of another friend and I was so proud of them.  They all danced fantastically.  I was the most nervous I've been performing in a while, partly because I wanted to dance perfectly to honour Christine and partly because several of my friends were watching the show. Katie and Daddy came to watch the show and had front row tickets but it was too loud and overwhelming for Katie and she burst into tears as the show started.  Our act was opening the show so you can imagine how hard it was, dancing on the stage and seeing your daughter crying her heart out.  I tried to give her a little smile but she was beside herself.  Daddy took her out halfway through the performance and it was all I could do to focus on my steps and not run off the stage after her.  I was pleased at how well our performance went.  I think all our team remembered their steps and the routine flowed so well.  Best ever performance and in honour of a wonderful lady.  I snuck outside to front of house after our performance and got seats for Katie and Daddy upstairs at the back but Katie just wasn't in the right place to stay and watch yesterday.  She'd been a pickle since the evening before when she knew I was going out for the evening and did everything she could to prevent me going out (including a pooey nappy just as I got my going out dress on!) and she woke up with a pickle in her belly, probably due to being overtired.

Daddy had a fun day yesterday whilst I was out rehearsing and after they went home.  Katie waited up for me to come home and the show ended a little later than I was anticipating so it was past 7.30pm when Katie went to bed.  Baring in mind I'd hoped to have her in bed for 6.30pm last night so she's going to be tired again today. She was so pleased to see me though and we had lovely cuddles and I love you's.  She was up at 6am this morning.  We're dreading the clocks going back again because last winter she woke up around 5am every morning.  I'm hoping we can manage it a bit better this winter.  I think I'll put her to bed at 8pm instead of 7pm to start with and then slowly pull the time back until we're back to 7pm.  Oh I hope it works! I was so tired last winter from all the early starts! 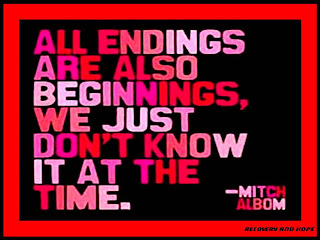