How I wonder what on earth has happened in our house tonight....... 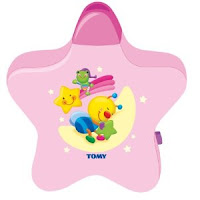 Poor Katie (and by default poor Mummy and Daddy) had the rage of all rages this evening.  All over a star.  A pink musical star that projects a little teddy bear onto the ceiling and plays lullabies.  A pink musical star that was usurped by the musical night night dog that is currently playing beside Katie's bed.  A pink musical star that doesn't really get played with much, other than to use it as a reading light.  What has happened this evening I hear you ask that has created anarchy and mayhem in our household?  Well I suspect combination of things.  My nearly 8 year old nephew is sleeping over tonight and I thought it would be a good idea for both children to go to bed at the same time (usually I stagger the bedtimes and get 30 minutes of Katie playing up until he comes up to bed).  So, my clever thinking was let Katie stay up half an hour later and put them both to bed at the same time.  Both children thought this was a great idea.  They had baths and then settled down to watch a film.  All great so far.  Great that was until bedtime and I let my nephew borrow the pink star to keep him company in bed and all hell broke loose (thank heavens Katie wasn't aware that I'd also lent him a Winnie the Pooh Bear but suggested that he hide that under the covers so she wouldn't notice it!).  I suspect that Katie was over-tired. We've had a busy day filled with swimming and a trip to a local arboretum for (in Katie's words) "a lovely long walk".  She has been a little emotional at times today so a slightly later bedtime probably wasn't a brilliant idea but I was hoping that that would prevent the usual messing around when our nephew stays over.

Katie is prone to the 4 year old tantrums that plague girls and boys at around this age but tonight she was raging.  Red in the face, screaming and shouting at me to get the star back with angry tears streaming down her face. She was seriously angry. I should just point out at this moment in time that all this took place whilst Katie was on the loo!  What on earth do you do in that situation? Have you ever tried to wipe the bottom of a child in mid-rage?  I wasn't going to give in to such behaviour. I actually found it really hard not to laugh (I suspect that must be a protective sort of reaction in the face of such anger).  I don't like seeing anyone that upset and angry especially my daughter.  I wanted to just make her feel better but I knew that I couldn't allow such behaviour to result in the return of the star.  In the end I held her (once she was off the loo) until she calmed down a bit and put her into bed.  I made it very clear that the star was staying in the other bedroom and it was time for bed.  Daddy and I did shifts with each child to settle them both down.  As I type this it is all quiet on the Western Front! Katie has probably worn herself out.  I will be going out to buy another musical dog I think for the next time my nephew stays over.

Tonight does answer me one question, Katie is not ready to do a sleep over with her Auntie and nephew.  Maybe if it's on a night when he is staying with his Daddy it might work but, emotionally, I really don't think she is ready at the moment.  She is currently feeling very jealous of my relationships with other children and I wouldn't want another person to have to manage those emotions and the resulting behaviour.  We are going to work on my sister putting Katie to bed at our house though to start getting her ready.