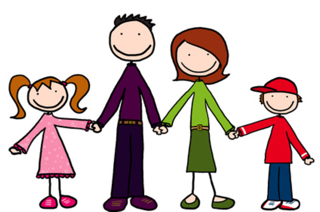 I don't have the words to eloquently describe today. I'm emotionally in a mangled heap and am spoiling for a migraine. It's taken me all evening to put fingers to touch screen and attempt to unscramble the events of today and how I am feeling. Today was the day that we've been building towards for over eighteen months. Today Katie met her brother, Pip.
After a stressful start to the day because we were running late (just for a change) and an intense build-up for us all, the big event started with an anti-climax as Pip was napping when we arrived. It was good because it meant he was well rested and perky and ready to play when he awoke and it also gave Katie time to familiarise herself with her surroundings and meet some of the Foster Carers children. They all played together beautifully all day.
When Pip awoke about 3/4 hour later I went up to fetch him. He literally beamed at me when he saw me. What a relief after the rather tetchy day we had yesterday! He even put his arms out to me for me to pick him up. I think he's really bonding with me. A real melt your heart and do a skippy dance moment. 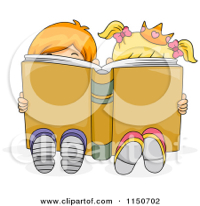 As I brought him downstairs Katie was waiting to catch her first glimpse of her baby brother. She was proudly wearing her new "I'm the Big Sister" T-shirt. I crouched down and introduced them to each other. Pip gave Katie a huge gummy smile and his eyes just lit up. He didn't know who to smile at first, Katie or Daddy!  Katie seemed to suddenly feel shy. I think she felt the importance of the occasion and it was all a bit much for her. She seemed to emotionally shut down for a little while. I sat them on the sofa and put Pip on Katie's lap, nestled against Daddy because she was worried he was too heavy for her to hold. In the pictures you can see him gazing, with fascination, at her but she is looking away with a closed expression. I was really worried at that moment that we had made a huge mistake and this wasn't going to be right for her. I was really feeling the culmination of eighteen months of this stressful process at that moment. After playing somewhat halfheartedly with him Katie asked to see the family introduction book we made him. Of course! Katie knows full well the importance of "the book". She was so attached to hers for months when we first adopted her. The book was the turning point.  She sat with him and showed her brother his book and then asked me to sing the song we sang in the book together so we sang "How do you like your eggs in the morning" together, much to Pip's delight. I looked at her face and she finally looked like she was on board. I breathed an inward sigh of relief!
I asked Katie if she'd like to feed Pip his lunch (curry and rice) which she was delighted to do until he gagged a bit and started crying (ok....screaming) and I had to take over. Poor Katie hid under the table in tears, worried about what had happened and the volume of noise he was making. She crept out reluctantly for a cuddle. "Mummy my ears are hurting" she said "He makes too much noise".  I cuddled her and reassured her but said "Errrr that's babies for you honey!"
The rest of the visit went really well. Katie enjoyed spreading her time between Pip and the other children and she was delighted when Pip gave her her special brother present: a Build a Bear My Little Pony, complete with wings and roller skates aka Magic The Pony 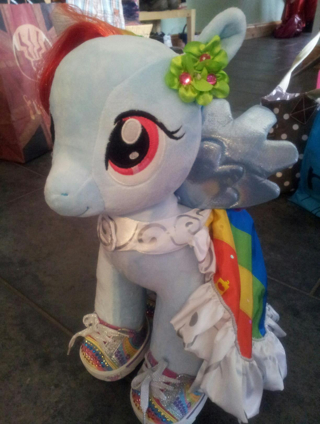 Magic was a real hit with Katie, and the other children. So much so that Katie barely noticed when I performed the task that she had most been looking forward to all day - the nappy change! She did pop over to check out that he really was a boy and have a little help but then went back to her pony leaving me to wobble Pip back into his denims! We did get some lovely pictures of them in their matching t-shirts before we left.
It was lovely having Daddy with us today. I tried to step back and give them some time together. I think they are quite taken with each other. It was incredibly reassuring that Pip was happy to let me comfort him whenever he wanted a slightly more familiar face. In fact his FC took a major step back today and let me get on with it all.
It's hard taking over when you're in someone else's house. If I'm honest I just feel totally deskilled. Yesterday I managed to break the tab off a clean nappy because getting Pip into a nappy is quite the skill. He's got such cute pudgy legs but they are hard to lift to slide a nappy under. I'm having to lift him onto the nappy. I'm also having to remind myself to face his little williki in the downward facing position (I'm used to changing girls what can I say?) Apparently his FC had a wet tummy to deal with the other day.....oooops! I've never been in charge of a baby for any length of time so I have lots to learn, most of it straightforward but it's all a steep learning curve. Is also very intense just playing with a baby all day. It's unrealistic and shattering emotionally, especially when you are essentially being assessed. It's all positive but it does all build up inside.
We all came home emotionally exhausted. I'm emotionally wiped out now and feeling very hormonally challenged IYKWIM? Katie came home in a tetchy and argumentative mood and two females in a tetchy mood does not make for a calm house. Katie had a meltdown over me not letting her play with my hair clip (as she breaks or loses them all the time) and I pretty much followed her lead before my migraine started to kick in. Our SW phoned in the middle of it all to see how the day had gone. I suddenly felt back under that microscope - further proof that I'm tired and now overreacting to things.
We managed to get some food into Katie (thank you Daddy) and get her to gymnastics and I came home and did some yoga to force myself to slow down and breathe. Between all this adoption stuff; my hormones; and lots of worry about not managing Katie well and Leo, my cat with the broken hip, I'm feeling all out Today. I hate leaving Pip each night but equally feel that I'm glad for a few more days to wrap my head around it all. I'm a bit nervous about knowing what to do for him. I've got to become the family expert on Pip by Wednesday! I know I can do it. I don't worry about that but it's that whole deskilled thing again. It's like starting a new job and being terrified to answer the phone in case someone asks you a question!
We're doing dinner, bath and bed tomorrow so we have the earlier part of the day to chill (or madly tidy the house!). I need sleep now, and lots of it.
All that aside....today Three Became Four.....and it's wonderful!
Oh the things we'll do...
Email Post
Labels: adoption Introductions