Our journey to becoming parents has taken us 15 years with infertility and the loss of 10 precious babies along the way. 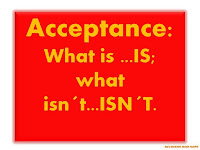 Hubby and I married in 1994 and decided to start our family in 1995.  I fell pregnant within two months but lost the baby at 12 weeks.  We had two more heartbreaking miscarriages before we could receive any medical interventions.  I found found to have a uterine septum and then subsequently to have a blood clotting disorder.  Several more pregnancies using asprin to thin my blood but they ended in first trimester miscarriages.  Finally the septum was removed and heparin was added to the mix during pregnancy but still my body couldn't sustain a pregnancy, and I became allergic to the heparin.  When I was 35 I simply stopped being able to conceive naturally so we tried IVF.  It was a text book cycle with a pregnancy but yet again a miscarriage.  We finished our treatment with a Frozen Embryo Transfer, which again was text book, followed by a pregnancy but yet again I miscarried.  Each of my pregnancies had a wonderful little heartbeat but each time I miscarried in the first trimester.  We came to the realisation that my body just couldn't do pregnancy.  Whatever the medical explanation is, medical science just hasn't caught up with me yet.

Whilst we were doing the IVF we had pretty much decided that enough was enough and we didn't want to continue putting ourselves through the stress and agony of pursuing our dream of becoming a family through pregnancy. The IVF and FET were our way of closing the door on infertility.  It obviously wasn't meant to be for us. We decided to contact our local adoption agency and find out whether we would be suitable to become adopters. Making that first call to the agency in January 2008 felt like the most positive step towards becoming parents that we had taken in years. We went to an information even in September 2008 to find out more about becoming adoptive parents. After the information event we put in an application to be assessed. We had an initial home visit in December 2008 after which we were informed that we were on a waiting list to attend a Preparation Course. We finally attended this course in March/April 2009. In July 2009 we started our home study. 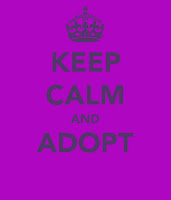 Anyone wanting to become an adopter has to be prepared that the process takes its time. There are often gaps of several months in between different stages and it often feels like you will never get there. Most adopters-to-be worry that they will not be considered suitable and minor indiscretions or difficulties in their past will count against them. We were no different. The anxiety was enormous. In fact, the reality is that Social Workers are looking for people with life experiences. Children who are available to be adopted have already experienced issues such as separation and loss and may have also experienced things such as abuse; neglect or exposure to drugs and alcohol. Social Workers need people who understand the emotions that these children may experience throughout their lives and be able to understand and manage any difficult behaviour that may result from these emotions. The adoption process feels long and intrusive but it is important that the Social Workers understand you as well as they possibly can so that they are able to understand your strengths and limitations and also to match you with a child that is the best possible match for you and for the child. During the home study I felt very exposed and vulnerable. It occurred to me during the process that the emotions I was feeling would probably be similar to a child being placed for adoption. It was a valuable insight.

Paperwork all in order, we went to a Panel in December 2009 to be approved as adopters. Panel was the single most terrifying experience of my life I think. After 15 years of being unable to become parents, being judged by a panel as to whether we were suitable to be adoptive parents was loaded with all the emotions we had carried for those years. Were we good enough? Would we be found to be lacking in some way? The panel were lovely. We received a unanimous YES! We were finally going to be parents. It was no longer "IF" it was "WHEN".

From this point the world speeded up. We barely had our heads around the fact that very soon a 2 year old little girl would hopefully be joining us. We had meetings with the Medical Adviser and Foster Carers. We were trying to get the house ready and do all those jobs that you always put off. There was still a question mark hanging over the process however. Another panel. This one called the Linking Panel. We met again with the panel in February 2010 who again were wonderful to us. The approved us to adopt our little girl. Finally we could embrace the fact that we really were going to become parents.

Whilst we had seen some pictures and some wonderful video clips from the Foster Carers, we had not been allowed to keep a photo until this point. We had created a beautiful little book of photos and a story to introduce us and our house to our new daughter. We were able to add a gorgeous picture of our daughter to this book but still didn't have a picture of our own. I fell in love with my daughter when I saw the picture that her Foster Carers had provided for our book. At panel my desperation for a picture to gaze at was voiced and the following week some pictures were emailed to me by the Foster Carer. I am now able to gaze to my hearts content whilst we wait to meet our daughter.

In three days time we will meet our daughter for the first time. This blog is the story of our meetings; life as a family and my thoughts around being an adopter.
Email Post